Where is Karina Seabrook Now? Where is Her Boyfriend Now? 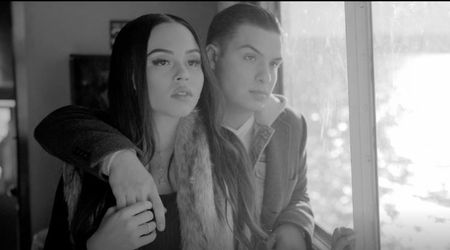 Karina Seabrook is not only known for her impeccable taste in fashion and sexy makeup looks, but the Instagram influencer is also recognized for her infamous family. Having a complicated background, her family’s notorious past has always overshadowed her efforts for the future.

Born to Karen Gravano and David Seabrook, Karina was raised in the mafia family. Her maternal grandfather, Sammy Gravano, is a former mobster and he was the underboss for the Gambino crime family. Even though she didn’t have much of a relationship with Sammy and David as they were locked away in prison for the better part of her life, she has a very close sisterly bond with her mother, Karen.

David, Karen, and her mother, Debra, too, were involved in a drug ring. While David got sentenced to prison for ten years, Karen and Debra were left on probation and they cleaned up their acts soon after. They moved to Staten Island to raise baby Karina in a safe environment, away from her family’s mafia connections. But, the truth did not leave Karina when she came out in the spotlight.

Where is Karina Seabrook Now?

David and Karen split up when Karina was only ten years old. Whatever she knew about him was what all Karen had shared with her. Now that Sammy and David are back home in Arizona, Karina is trying to connect and build a healthy relationship with them.

An Italian-African-American, Karina’s ethnic beauty earned her a lot of fans. Born in 1999, the 21-year-old is currently residing in New York and pursuing her college studies. Having 109k followers, her Instagram account is full of selfies and pictures with her friends and cousins.

In January 2019, Karina, along with her boyfriend, Paulie, starred in MTV’s reality-documentary series ‘Made In Staten Island’. The series followed eight young adults and their partners, who were trying to avoid the influence of their ex-mafia families. The series earned a lot of backlash and criticism for its concept, and the show got canceled after airing three episodes only.

The audience didn’t appreciate the fact that the characters of the mafia were being highlighted and promoted on television. They were concerned about the influence the show would have on their children if they were to watch it. A lot of viewers protested against the use of ‘Staten Island’ in the title and exclaimed that the show was generalizing its residents. Many were also offended by the misinterpretation and stereotyping of Italian-Americans that the show portrayed.

The cast was quick to take to social media and deny the fact that the show was canceled. They shared in interviews that a couple of other things had come up that had to be taken care of first. The public dismissed it as a futile attempt to cover up and fix their image.

Karina Seabrook can now be seen on yet another reality-documentary series by MTV called ‘Families of the Mafia’ that tiptoes around a similar concept. The only difference is that the show features the whole family this time around.

Where is Paulie Fusco Now?

Paulie and Karina have reportedly been dating for many years. Rumors suggest that their relationship started in their early teen years. Even though their relationship is deemed as toxic due to their constant fights and violent behavior, they have still been riding out the controversies together.

Paulie is the same age as Karina, and he first came into the spotlight when he debuted as a reality star on ‘Made In Staten Island’. Having lost his father at a young age of 11, Paulie had to become independent right from the start. He never shied away from work and even worked as a waiter in a restaurant prior to his appearance on the show. Now, he is known as one of the richest reality TV stars in New York. His Twitter account is always filled with posts about motivation and the hustle of life.

Growing up on the streets, he had a tough life, but he shares a close bond with his mother and elder brother. He also credits Karina for helping him set his life straight. He confessed to his followers that she whipped him into shape and made him a better person.

Currently working on his anger management issues and trying to stay away from the street life, Paulie dreams of becoming a billionaire by the age of 33. He is now featuring on ‘Families of the Mafia’ on MTV as Karina’s partner.

You’ve never seen the Gravanos like this before! #FamiliesofTheMafia premieres Thursday, April 9 at 9/8c on @mtv.

Read More: Who Is Sammy ‘The Bull’ Gravano?