Where is HBO’s Karma Filmed? 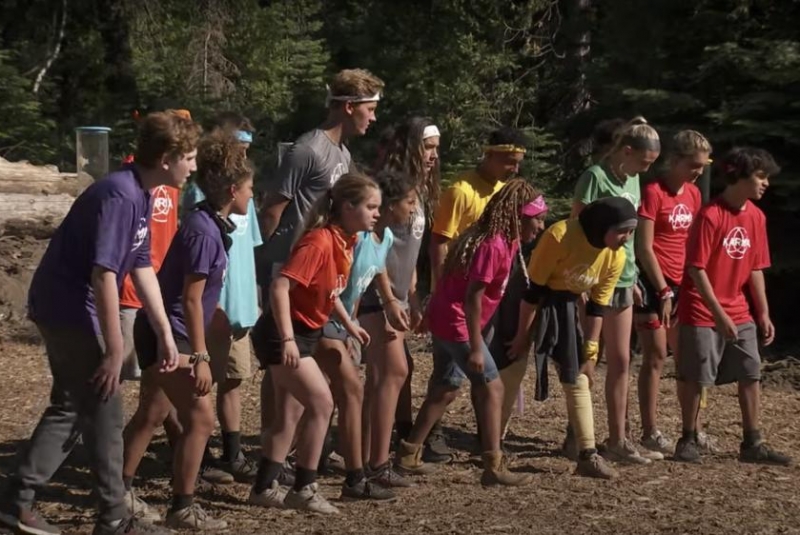 Various reality shows often revolve around a bunch of contestants being made to live with each other without any connections to the outside world. Such shows are also, at times, merged with game shows wherein the contestants are asked to perform a bunch of tasks. HBO’s ‘Karma’ takes this format and infuses some teenage energy into it!

The HBO reality series is a program aimed at children but promises to be entertaining for all ages with its format and concept. To begin with, viewers might have seen a similar premise before. However, such a format with teenage contestants makes it pretty unique.

A set of contestants are divided into teams of two. These teenage contestants are then given grueling, physical tasks that they have to win in order to advance. On top of that, they are made to stay together, away from their phones and parents throughout the series. This obviously makes the competition tougher for the young contestants. The show is hosted by Michelle Khare. Khare is a YouTuber, television performer, and a professional cyclist. Her fitness and sporting background proves to be perfect for the show.

Several viewers would have wondered where the HBO reality/game show is filmed. Where is the competition actually held? The show does not seem to be filmed in a production facility. In fact, it is set in a mostly natural landscape. There is a water body that is used for several tasks. The contestants are made to stay in tent-like accommodation facilities with a camping aesthetic.

Apparently, filming for ‘Karma’ was carried out in Shaver Lake, California, an hour away from Fresno. This is where the entire series from filmed and it is this water body upon which multiple tasks of the show are set. Have a look at some behind-the-scenes photos below:

#KarmaIsComing in FOUR DAYS!!! I’ll be posting behind the scenes content ALL week and an exclusive #ChallengeAccepted documentary about my experience coming SOON!! Guys this show is epic and I’m SO AMPED to invite you… to the Cave of Karma 😈👊🏽

However, it ought to be noted that Michelle Khare probably added “Sherman Oaks” as the location on the post as this is where she might have uploaded the pictures from.

NEW TEASER!! THREE DAYS until #Karma premieres on @hbomax 👊🏽😈 sheesh is it June 18th yet?? #KarmaIsComing

According to a casting call, filming for the series was carried out over a period of three weeks. The contestants stayed at the site too.