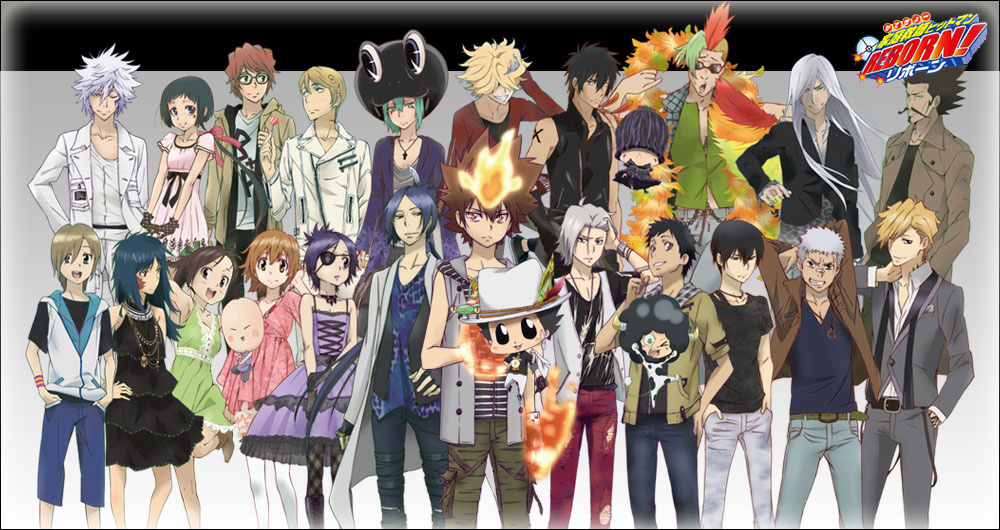 Even for the standards of long-running anime, ‘Katekyo Hitman Reborn!’ is pretty long with its over 200 episodes in just one whole season. So for obvious reason, the show takes its own time to get started and it’s not until the 20th episode, till you actually get to see the better side of it. The first few episodes are entertaining and also have comic moments that will make you laugh out loud but the problem with them is that they lack an underlying story. After these initial “warm-up” episodes, the anime kicks off and soon turns into a shounen, unlike any other you have ever seen before.

Most shounen anime constantly portray bland battle sequences that lack any context to them but there is a lot more than that to ‘Katekyo Hitman Reborn!’. Just patiently go through the first 20 episodes of the anime and once you’re done with these, you’ll get to experience a phenomenal story along with amazingly fleshed out characters.

‘Katekyo Hitman Reborn!’ comes from the lesser-known Artland Studio and somewhere its lack of budget becomes clear through its subpar animation quality. Overall the art is somewhat average but one thing that can bother most viewers is how inaccurately the characters are drawn. What makes up for this are the beautiful background scores and also the opening and closing themes of the show. If you’ve seen a fair number of some good long-running shows like ‘Gintama‘, ‘Fullmetal Alchemist: Brotherhood‘ and ‘Hajime no Ippo‘, then you will be able to patiently wait for the better side of this anime. If you’re not too experienced with anime like these, then just somehow drag your way through the first few episodes and I can assure you that the rest of it will be very well worth it.

Katekyo Hitman Reborn Season 2 Release Date: When will it premiere?

‘Katekyo Hitman Reborn!’ season 1 premiered on October 7, 2006 and went on till September 25, 2010. During this span, the anime aired 203 and episodes with each one of them being 24 minutes long. Being a long-running anime,’Katekyo Hitman Reborn!’ has far too many episodes in one season than most other anime shows. During its runtime, the anime covers almost every arc in the manga and fails to miss out on even one character that is there in the original story.

No anime is entirely loyal to its source material because of several constraints that come into play. But ‘Katekyo Hitman Reborn!’ is as close as an anime can be to its manga. So for obvious reasons, despite its popularity in the anime community, there just isn’t any source material left for a sequel. The only way you can fulfill your deprivation for this anime is by either reading the manga now or going for the other side-story adaptations of the same. Meanwhile, if anything changes on the anime front, we will let you know about ‘Katekyo Hitman Reborn!’ season 2 release date.

Even though Viz Media licensed the series for an English release in both manga and anime formats, they have only released the manga in English. They have mostly been reluctant on producing the English version fearing that it will not be able to garner the amount of sales required to maintain the long project. Therefore, it seems highly unlikely that we will receive an English version of the anime sometime in the future given that the popularity of the series is already dwindling. The original Japanese version with English subtitles can be presently streamed online on Crunchyroll.

The plot of ‘Katekyo Hitman Reborn!’ follows the story of Tsuna, a 14-year-old teenager who suddenly becomes the heir to a wealthy mafia family. Being the great-great-great-grandson of the first boss of the Vongola family and with all the immediate descendants dead, Tsuna is the only remaining viable candidate for the position. As a result, his regular life is completely turned on its heels and Reborn, a feared hitman of the Vongola family, arrives to train him. Tsuna being a lazy incompetent boy has no interest in the mafia business but is soon forced into the same by Reborn. The story goes on to highlight the challenges faced by Reborn in training Tsuna and the resulting consequences where Tsuna needs to choose between conflicting fates.

Reborn: An extremely deadly assassin and the primary hitman of the Vongola Family, Reborn is sent to tutor the lazy and incompetent Tsuna in becoming a mafia boss for the family. Reborn is very sadistic and will not stop at anything to retrieve the desired results and hence proceeds to train Tsuna according to his best-known ways. However, Tsuna is soon revealed to be incompetent, unable to complete the easiest of tasks. Infuriated with the results, Reborn starts torturing and beating up Tsuna in order to teach him the tricks of the trade. This includes special bullets designed to enhance the abilities of the person who it penetrates. He uses this over and over again on Tsuna in order to transform him into a formidable final boss for the family.

Tsunayoshi Sawada: Better known simply as Tsuna, Tsunayoshi Sawada is the main protagonist of the story and an heir to the massive Vongola family. Having learnt that he needs to adapt himself according to the ways of the mafia, he reluctantly begins his training in the hands of Reborn. He is quickly discovered to be lazy and incompetent leading to Reborn having to use his more traditional methods of dealing with such students. He suffers from low self-esteem leading to most of his friends calling him ‘No-good Tsuna’ in school.

However, deep down he is a simple 14-year-old teenager trying to make head or tail out of the circumstances he finds himself in. For the most part, he wants nothing to do with the mafia having grown tired and weary of the ways used by Reborn to train him but the fact that he is the great-great-great-grandson of the first Vongola boss does not help his position, In addition, most of his immediate relatives have also been killed off leaving him to be the only viable one to approach the position. Hence, he is forced to train himself with Reborn and after overcoming various challenges finally accepts his position in the family.

Gokudera Hayato: Classmate of Tsuna who specializes in dynamites and explosions, Gokudera Hayato is often regarded as ‘Hurricane Bomb Hayato’ or even ‘Smokin’ Bomb Hayato’ due to the stash of explosives hidden in his body. He simply lights the fuse of the said bombs and explosives with the end of a cigarette he holds in his mouth and proceeds to overwhelm his enemies with the same. Initially, he reaches Japan to test Tsuna’s strength, but after having his life saved in the hands of Tsuna, he becomes loyal to him and his right-hand man.

Takeshi Yamamoto: A baseball star in the school in which Tsuna studies, Yamamoto suffers from depression and extremely low self-confidence. At one point, he even contemplates taking his own life after having sustained an injury to his arm, deducing that he will not be able to play baseball again. He is oblivious to the world around him, paying little attention to the events taking place which often leads to Reborn recruiting him for mafia-related duties without him realizing. He later joins the Vongola family as a skilled swordsman becoming Tsuna’s Guardian of the Rain Ring.

Read More in Anime Previews: Eden of the East | Shakugan No Shana