Where Are Katie and Derek From Married at First Sight Now? 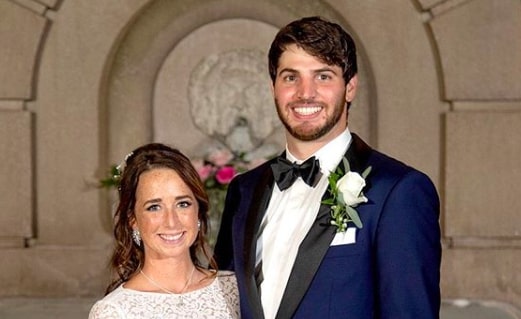 Lifetime’s ‘Married at First Sight’ has a 10 season long legacy behind it. The show’s uniqueness stems from its couples who are put together by a team of experts. As a result, they get married and ultimately decide if they want to be together or not. The series, in all of its seasons, has taken its viewers through quite the exploration of many couples’ ‘arranged marriages.’

Season 10 of the show, too, introduces the viewers to a group of couples as they try to navigate around their newfound life partners. But the real question is if they will still be together after decision day. More importantly, as its ardent followers, we always want to know if they are together after the show too.

Katie and Derek’s relationship initially seemed like a good match due to their family backgrounds. The two even seemed to share a spark the first time they met. Coming from a family where her parents underwent a divorce, Katie always had set ideals concerning her life partner. Her family consisting of her father and three brothers are her support system. One look at her Facebook profile and her dedication to her family is evident. In the myriad of not so recent pictures, the ones that do stand out are the pictures of her friends and family. Derek, whose parents are also divorced, was, however, raised with strict family values, this is perhaps the reason why they were deemed as a perfect fit.

This is an interesting scenario. 🤔 What are everyone’s thoughts? #MarriedAtFirstSight #LifetimeAndLounge

The couple that started with an instant connection headed to regular fights that weren’t very pleasant. Their time after the couples’ retreat seemed to be edged with much tension and conflicts. The many arguments that they had regarding Derek’s friendship with the other wives didn’t pan out so well. In addition to this, Derek always seemed to be at the end of his patience when he dealt with Katie. Derek was far from being able to handle Katie’s talks about her feeling insecure. Things became even more complicated at the arrival of Katie’s ex. The couple who also got a turtle into the mix definitely seemed to have a connection but along with many edgy corners to cut before they could call it a truce. Close to decision day, it seems like both are uncertain regarding their future. Did they make it? Let’s find out.

Are Katie and Derek Still Together?

Katie and Derek keep their social media under the wraps. Derek’s Facebook page, however, has a recent post. His Instagram account remains private, Katie’s too. There is photo of them both happily holding Katie’s dog Jaxon. Though some of her photos from her private account reveal pictures of them together, it is hard to confirm if the couple is still married.

You have no idea what you’re in for tonight. 🤯 You might need some wine for this one. #MarriedAtFirstSight is on RIGHT NOW. #lifetimeandlounge

Besides, during the show, though Derek seemed willing to try, Katie was in a split about it. Derek’s Facebook page has a recent post, which is a meme regarding 2020 having bad months, so far. Now, we aren’t sure if it an allusion to the pandemic or Derek’s life, but if January and February weren’t that great, surely it hints at something more personal?

It kills me how true this is..

In any case, the couple definitely seemed on the verge of breaking off their marriage. One can surely hope that they might have sorted their differences. But with what we have, it seems like they just might have made it.