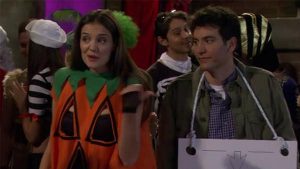 Katie Holmes appears in one episode in this show, the story of the slutty pumpkin, a Halloween costume that made her endearing to Ted Mosby. Holmes plays Naomi, a pretty girl that Ted tracks down years later. The episode itself was insightful as a character development exercise and Holmes brought the character of Naomi to life proving to the viewers that an illusion of something often seems perfect but the thing itself is not and the Ted had built Naomi up to a degree of perfection in his mind which just didn’t match up with the reality and Naomi was smart enough to call it off. Holmes plays a small but significant role in this popular sitcom. 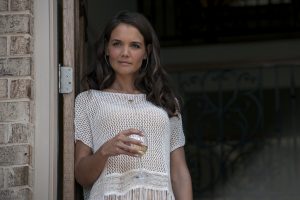 This American heist film by David Soderbergh went unnoticed to a large extent but is a brilliant film nonetheless. Katie Holmes plays the role of Bobby-Jo, the ex-wife of the protagonist Jimmy Logan (Channing Tatum). To some extent, Holmes’ character is responsible for the heist taking place in the first place because of her decision to move to another town with her new husband which would make visiting their child more difficult for Jimmy spurs him to commit the heist. Holmes delivers a fine performance showing all the pettiness that can be expected from a bickering couple post-divorce and brings forth a sense of self-righteousness and privileged arrogance to the role giving it a very real feel. 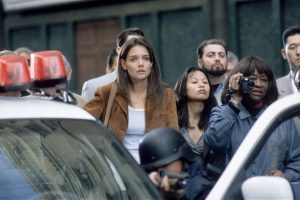 Directed by Joel Schumacher, this plot revolves around Stu(Colin Farrell) who has an affair with Pam (Katie Holmes) behind his wife’s back. The story takes off when Stu attempts to call Pam from a phone booth and is trapped inside by a mysterious sniper who wants him to pay for his sins of adultery. Clearly, Holmes does not have the spotlight in the movie but Pam’s character is indispensable in the building of the plot, and at one time she literally is in the crosshairs. Holmes delivers a powerful role, taking nothing away from the main story but adding instead a flavor of urgency to this well-crafted tale. 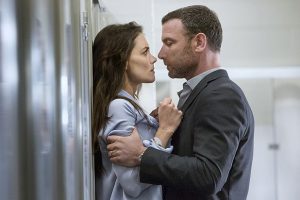 The show started in 2013 and is about a fixer who does a lot of dirty work for the top businesspeople and power brokers of LA. The third season of the show sees Katie Holmes as Paige Finney. Ray works for her father but when she too takes help of Ray’s services, Ray feels torn between his loyalties to her father and to her. Paige’s business acumen is mostly flawed and leads to most of the action of the third season. Katie Holmes delivers a fantastic performance and will leave you puzzled about why she is wearing braces. However, this talented actress brings the character of Paige Finney to life. 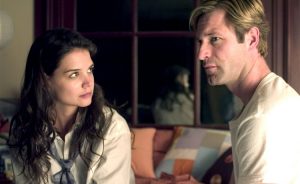 The satirical comedy directed by Jason Reitman stars Aaron Eckhart as Nick Naylor, a smooth talker, and a tobacco lobbyist. The plot follows the man’s life and his hurdles and change of heart as he gets out of the business. However, one major part of his life is a steamy fling with a reporter Heather Holloway (Katie Holmes). Naylor tells Heather everything in the course of their affair and she promptly releases an expose with all of Naylor’s misdeeds. Katie Holmes plays a brilliant and important role in a movie as a salacious reporter who is willing to go the extra mile to get the scoop. 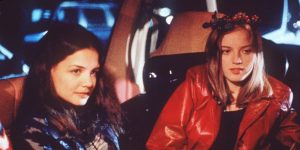 This crime comedy film stars Katie Holmes as Claire Montgomery. She plays a supporting role and her character becomes a collateral for a woman making a trade on ecstasy pills. A humorous counterfeit later, Claire by chance almost becomes a witness to a murder but walks away from the house in time. The life of this supermarket worker turns topsy-turvy and Holmes brings the confusion of the character expertly to the big screen.