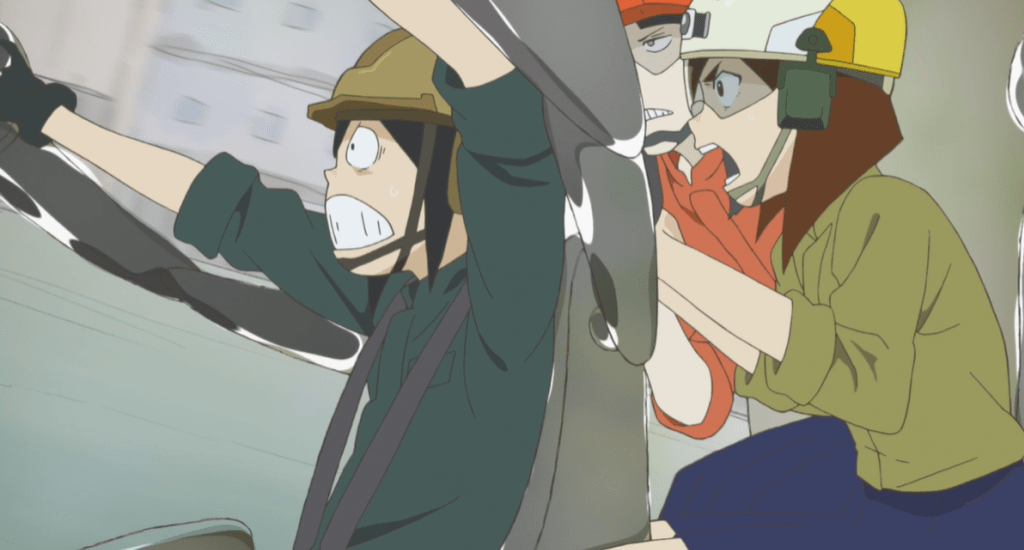 Unlike other shows of its kind, ‘Keep Your Hands off Eizouken’ is not exactly grounded to reality. Throughout its runtime, it does explore the realities of the world of anime and also delves into its technical side, but along with that, it also takes a very imaginative approach towards presenting its vibrant cast of characters. Although it is a bit too soon to say this, it easily has the potential to be one of the best anime of this season. With that said, here is everything that you need to know about its next episode.

Keep your hands off Eizouken Episode 3 Release Date: When Will It Premiere?

‘Keep Your Hands off Eizouken’ season 1 premiered on January 6, 2020 and assuming that it will have a total of 12 episodes in this season, we can expect it to end by March 2020. The third episode of this season is slated to release on January 20, 2020.

Masaaki Yuasa, who is also known for his work in ‘Crayon Shin Chan‘ and ‘Devilman Crybaby‘, has directed and written the first season of ‘Keep Your Hands off Eizouken’. Naoyuki Asano is designing the show’s characters and Oorutaichi is composing its music.

Where to Watch Keep your hands off Eizouken Episode 3 English Dub Online?

Midori, Sayaka, and Tsubame decide to take a step further into their anime making endeavors and approach their school’s faculty to request a new anime club. But since their school already has an anime club, their request is initially turned down. However, they somehow convince their professor that their focus will be more on feature films and not on anime in general. When they finally get permission to start their club, they find an old abandoned garage to carry out their meetings. Midori, as always, gets all hyped up and starts imagining how they could completely renovate the place. She even starts dreaming of designing a human-helicopter machine that would allow her to fly right out of the roof of the garage. But her imagination runs a bit too wild and she ends up falling down. Sayaka takes a video of it and claims that they could earn some good money out of it by selling to a TV channel.

Later in the episode, the three girls get access to their school’s storeroom where they explore all the equipment that they could use for making their own anime. They discuss all the technical aspects that could be involved in the making of an anime, and once again, their imagination breaks loose. Soon after this, they head back home and Sayaka realizes that someone has deposited a whole lot of money in her bank. It turns out that one of the TV channels actually decided to pay her for the “accidental” video of Midori that she had taken earlier.