When Will Keeping Up With the Kardashians Return to E!? 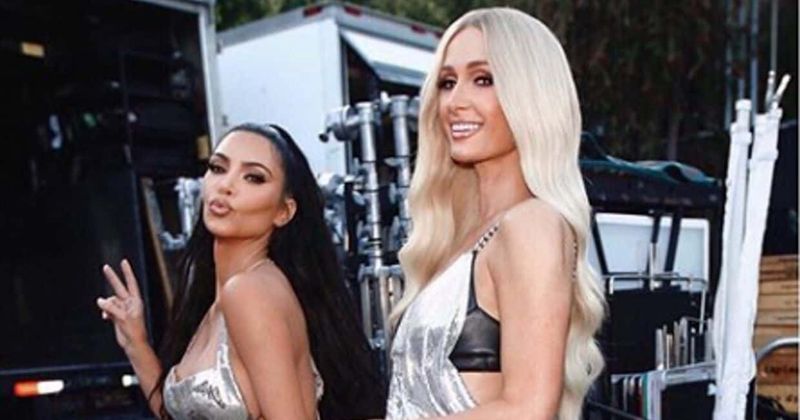 ‘Keeping Up with the Kardashians’ aka KUWTK, in short, is probably one of those shows that ushered in a new era of reality tv. Branded as the royal fam of reality television, the Kardashian-Jenner blended clan has managed to keep fans obsessed with whatever happens in their lives.

Although KUWTK aims to follow the personal and professional lives of the various family members, we love it for being able to indulge in hourly doses of a guilty pleasure. From Kim’s frequent shrill cries to Kourtney’s deadpan dialogues and the endless family banter, we love it all.

KUWTK debuted on E! on October 14, 2007, and since then, has taken over reality tv, with millions of fans globally. No wonder, it has spanned 17 successful seasons to date. Even though it has poor critic ratings and the show has received criticism for the fabrication of stories and lack of intelligence, it manages to attract strong viewership ratings. One of E!’s most successful series and a winner of several audience awards, it has spawned multiple spin-off series.

So, the question naturally arises: with its 17th season having concluded on E!, when will ‘Keeping Up With the Kardashians’ season 18 release? Let’s find out.

Keeping Up With the Kardashians Season 18 Release Date: When will it premiere?

Since the show has been a vital part of television for so many years, there were speculations that season 17 would be the last installment from the series. But well, the last season, in fact, managed to get even more viewers hooked on to their screens. So the fam has no intention of slowing down anytime soon.

Previously, Kim Kardashian even confirmed during an interview on The Tonight Show with Jimmy Fallon that the Kardashian-Jenner family had started shooting for season 18. And putting an end to all speculations, E! announced soon after that the show has indeed been officially renewed! We now even have a release date. ‘Keeping Up With the Kardashians’ season 18 will premiere on March 26, 2020.

Keeping Up With the Kardashians Cast: Who’s in it?

The primary stars of the show are the Kardashian sisters: Kourtney, Kim, and Khloé. Equal focus is also given to their half-sisters Kendall and Kylie Jenner. Alongside them, there are regular appearances of their parents Kris and Caitlyn Jenner, as well as, brother Rob Kardashian.

Throughout its run, the Kardashian clan has expanded, including lovers and husbands of the Kardashians, such as Scott Disick, Kris Humphries, Kanye West, Lamar Odom, French Montana, and Tristan Thompson. Other stars include Rob’s ex-girlfriend Adrienne Bailon and ex-fiancé Blac Chyna.

There are some expected changes in the coming season. Kourtney Kardashian spoke about a break, which suggests that she might not appear as a lead cast member in the 18th season. She wants to concentrate more on being a mum and focusing on her family. Hence, she will only be making occasional appearances here and there.

Rob Kardashian might make a comeback in the show. He stopped appearing for quite a while when he went into depression and suffered from rapid weight gain after being entangled in a messy battle with his daughter’s mother. But now, he has lost around 30 to 50 pounds and even Kris hinted at his appearance in the 18th season.

What’s Keeping Up With the Kardashians about?

‘Keeping Up with the Kardashians’, dubbed as the ultimate entertainer of reality tv, has seen a lot of transformation since its premiere in 2007. When we first met the family, all the Kardashian sisters were young and single while Caitlyn Jenner and Kris Jenner were still married. Kendall Jenner and Kylie Jenner were mere kids.

But across the seasons, the fam has evolved a lot — both in terms of numbers and dynamics. But their stories are still entertaining and crazy and manages to keep us vested.

Season 17 continues to follow the clan and its various members as they deal with further ups and downs in their lives. Khloe Kardashian throws a birthday bash for True and has to deal with an ugly drama with her ex, Tristan Thompson. Kim Kardashian suspects that she has rheumatoid arthritis, which is eventually confirmed to be a false alarm.

Another huge clash that unfolds in season 17 is when Kourtney Kardashian’s ex, Scott Disick, and Kris Jenner’s boyfriend, Corey Gamble, start yelling at one another, when Gamble claims that he would love to spank Disick’s daughter, Penelope. Additionally, Kris Jenner finally addresses the rumors related to his affair with O.J. Simpson. Kim Kardashian even meets President Donald Trump to discuss prison reforms as she wants to get Alice Johnson out of jail.

So, yes, the wild ride continues.

Toward the end, Kris, fed up with the endless squabbles (which is mostly about setting boundaries for Kourtney), plans a family vacation and takes everybody to Wyoming. But her goal to strengthen familial bonds goes for a toss when in spite of asking the sisters to not get their kids along, Kourtney gets hers anyway. Kylie and Scott do not partake in the trip, which leaves Kendall exasperated. Even Khloe and Kim are annoyed when Kylie and Kourtney do not take the vacation seriously. However, Kris makes all efforts to bring the siblings closer — such as organizing throwback events and obstacle course games.

However, things get heated pretty soon. Kourtney calls Khloe a couple of names and Khloe makes a comeback by branding her as a bully. Upset, Kourtney decides to leave early and is advised against it by Kendall. She has a discussion with her fam and conveys to them that she wants to focus on her kids and not the show. Finally, after a dress-up activity, the clan manages to resolve their issues to some extent and understands that family is all about loving each other and having one another’s backs.

Season 18 is expected to follow suit and continue delving into the drama among the Kardashian clan members. Get ready for some physical altercations as well!

Keeping Up With the Kardashians Trailer

You can watch the official teaser for season 18 below:

Posted by Keeping Up With The Kardashians on E! on Friday, February 28, 2020