All Upcoming Keira Knightley Movies We Are Excited About

You loved her as the vivacious Elizabeth Bennet in ‘Pride and Prejudice’ (2005), praised her in ‘Atonement’ (2007) and admired her in ‘The Imitation Game’ (2014). Yes, we are talking about Keira Knightley. Ever since ‘Bend It Like Beckham’ (2002), she has established herself in the British film canon. Her portrayal of Elizabeth Swann in the ‘Pirates of the Caribbean’ series won her global acclaim. During Queen Elizabeth’s 2018 Birthday Honours, she received a special honor for services to drama and charity — she was appointed as the Officer of the Order of the British Empire.

Keira Knightley’s parents Will Knightley and Sharman Macdonald were theatre actors. Macdonald continued to work as a playwright after retiring from acting. Right from childhood, Keira’s love for acting has been prominent. Undoubtedly, her love for acting stems from her parents’ influence. She has acted in several TV dramas all through her childhood years. Knightley also performed in a number of local productions. She joined Esher College to pursue a degree in English literature, art, and history. However, she discontinued college to pursue a career in acting.

In the 1990s, Knightley appeared in quite a few television films, like ‘Innocent Lies’ (1995), ‘The Treasure Seekers’ (1996), ‘Coming Home’ (1998) and ‘Oliver Twist’ (1999). She was cast as Sabe in ‘Star Wars: Episode l- The Phantom Menace’ (1999). She bagged her first noticeable role with Walt Disney Productions in the film ‘Princess of Thieves’, where she played the role of the daughter of Robinhood. Her breakthrough film was the sports comedy ‘Bend It Like Beckham’ (2002). Knightley’s performance in the film as an aspiring footballer brought her worldwide recognition. She won the London Film Critics’ Circle Award for Best Newcomer. Her role also won her the Online Film Critics Society Award for Best Breakthrough Performance.

In 2003, Knightley was cast as Elizabeth Swann in ‘Pirates of the Caribbean: The Curse of the Black Pearl’ where she played the role of a pirate, starring with the likes of Johnny Depp and Orlando Bloom. The film experienced an unexpected commercial success, earning $654 million globally. After that, Knightley went on to star in a bunch of films like ‘Love Actually’, ‘King Arthur’ (2004), and ‘The Jacket’ (2005). Her role as Elizabeth in ‘Pride & Prejudice’ (2005 ), based on Jane Austen’s novel of the same name, remains one of her most critically acclaimed works till date. The film was a commercial success and also received critical acclaim. It earned her nominations for Golden Globe and Academy Awards.

The film adaptation of Alessandro Baricco’s novel, ‘Silk’ (2007), however, failed to add much to her ‘Pride & Prejudice’ fame. ‘Atonement’ (2007), a film based on Ian McEwan’s novel of the same name performed well at the box office and also garnered good critical reviews. Knightley later appeared in the wartime drama ‘The Edge of Love’, and received praise for her acting and singing abilities. We also saw her as Georgiana in the English drama ‘The Duchess’.

Knightley is closely attached to an Amnesty International campaign to support human rights. In 2016, Knightley, along with Peter Capaldi, Cate Blanchett, Douglas Booth, Kit Harington, and others appeared in a video from UNHCR (United Nations High Commissioner for Refugees) to raise awareness regarding the global plight of the refugees. Apart from these, she has been attached to various charity programs.

Knightley always had a keen interest in theatre. She went on to star in Martin Crimp’s ‘The Misanthrope’, a modern version of Moliere’s play. For her remarkable performance, she was nominated for the Lawrence Olivier Award for Best Actress in a Supporting Role. She bagged multiple movies in the subsequent years and established herself as one of the top British actresses. Among the multiple releases over the years, ‘Seeking a Friend for the End of the World’ (2012), ‘Anna Karenina’ (2012), ‘Begin Again’ (2013), ‘Jack Ryan: Shadow Recruit’ (2014), ‘The Imitation Game’ (2014), ‘Everest’ (2015), ‘Colette’ (2018) deserve special mention. So now you must be wondering what is the next Keira Knightley movie or TV show? Well, here’s the list of all upcoming Keira Knightley films and TV shows scheduled to release in 2019 and 2020.

Based on world-shaking true events, Official Secrets tells the gripping story of Katharine Gun (Keira Knightley), a British intelligence specialist whose job involves routine handling of classified information. One day in 2003, in the lead up to the Iraq War, Gun receives a memo from the NSA with a shocking directive: the United States is enlisting Britain’s help in collecting compromising information on United Nations Security Council members in order to blackmail them into voting in favor of an invasion of Iraq. Unable to stand by and watch the world be rushed into an illegal war, Gun makes the gut-wrenching decision to defy her government and leak the memo to the press. So begins an explosive chain of events that will ignite an international firestorm, expose a vast political conspiracy, and put Gun and her family directly in harm’s way [IFC Films]. The film had a world premiere at Sundance Film Festival and releases in the theaters on August 30, 2019. 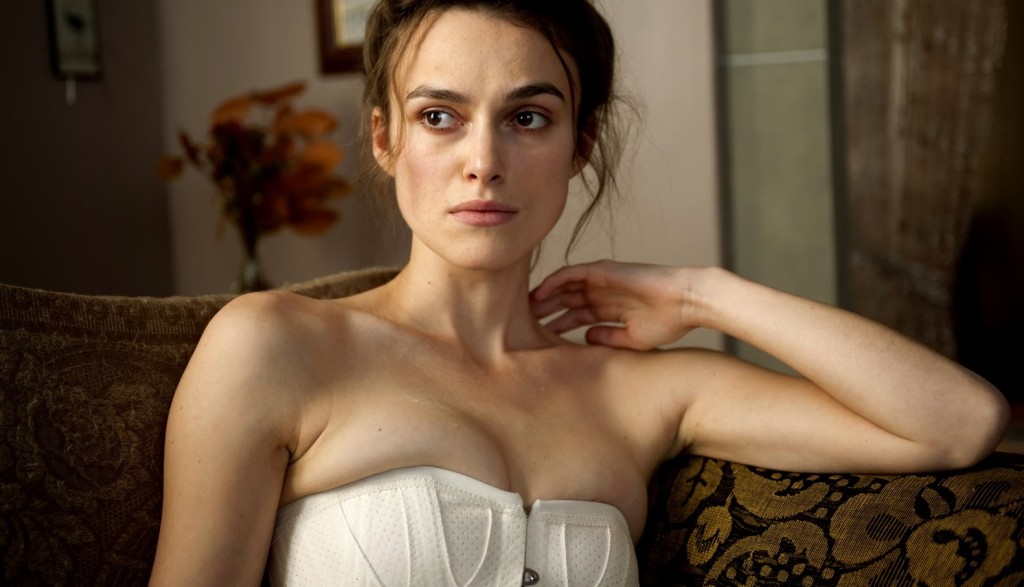 ‘Misbehavior’ is the upcoming comedy-drama movie that has been directed by Phillipa Lowthorpe. While the movie will tentatively arrive in 2020, no fixed date has been announced yet for the film, which is believed to be in its post-production stages. While Keira Knightley stars in the movie, the other cast members include Gugu Mbatha-Raw,, Keeley Hawes, Jessie Buckley, Leslie Manville, Phyllis Logan, Greg Kinnear, and Rhys Ifans.

The film follows the events of the Miss World Competition of 1970, which was the first time a black competitor was crowned as the winner. The competition was steeped in controversy with several people levying accusations of racism. Bombs were even set off to deter the competition from taking place, and those involved faced severe criticism from the protesting Women’s Liberation Movement activists. The competition ultimately saw patriarchy facing a defeat that night as the activists managed to get up on stage and disrupt the entire process telling them how such pageants were demeaning to women by setting fixed standards of beauty.

Knightley plays the role of Sally Alexander, a feminist activist, and historian. In all likelihood, the story will revolve around Alexander and a group of other women as they try their best to hatch a plan that will end up disrupting the 1970 Miss World Competition, that was being held in London. Once again, being a period film, the genre should be right up Knightley’s alley and we are sure she will deliver a fierce and stunning performance as the famed feminist activist. 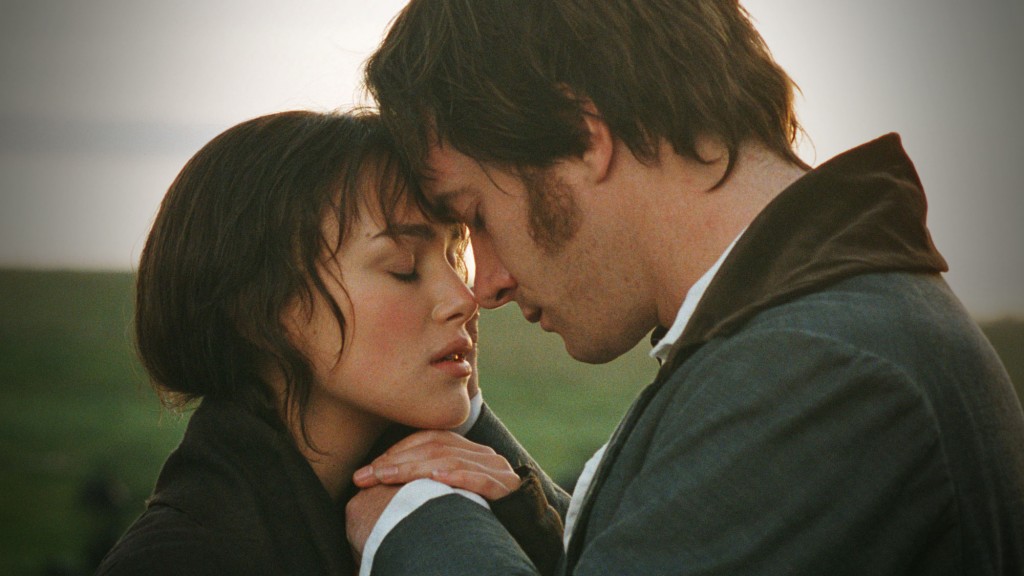 Keira Knightley might star as the Russian heroine in the biopic ‘Catherine the Great’, directed by Barbra Streisand. The film will reportedly chronicle the life of the Russian Empress who ruled from 1762 to 1796 after the assassination of her husband and will depict a young Catherine, confined in an abusive marriage with the heir of the Russian throne. This historical drama dealing with complex political situations of the time will definitely be an interesting watch. However, there has been no recent update regarding the film’s production.

Knightley will reportedly play the role of a spy in an upcoming movie by K Period Media. Camilla Blackett of ‘Newsroom’ and ‘New Girl’ fame has written the script of the film. As of yet, the project is untitled and no director has been appointed. Knightley is also set to produce the film with Bristol Automotive’s Nora Grossman and Ido Ostrowsky, and K Period Media’s Kimberly Steward and Josh Godfrey. The film has been announced but details are not out yet. We hope to get official press release regarding the film soon. 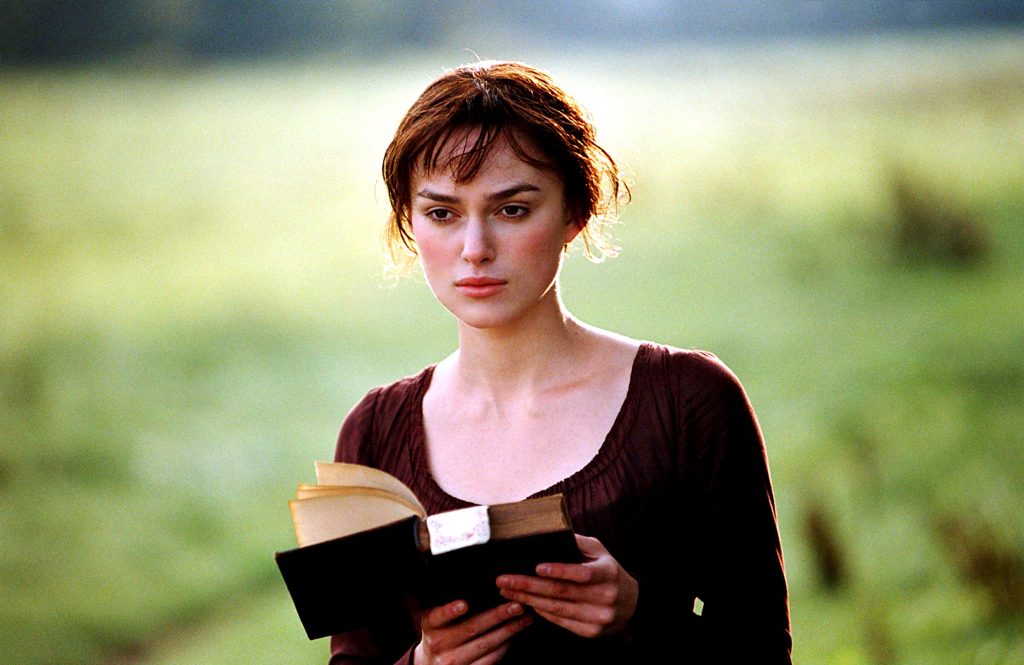 Keira Knightley is starring the upcoming movie titled “The Other Typist.” Scott Free UK is also producing the film, with Fox Searchlight handling the distribution and financing. Marissa Jo Cerar is rewriting the script, which centers on a lonely and isolated typist, in a police precinct, who is introduced to the glamorous and forbidden underworld of 1920s New York after befriending a beautiful and mysterious co-worker. 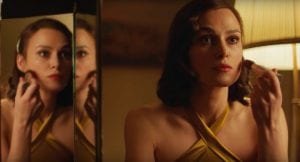 ‘The Aftermath’, a drama film directed by James Kent, stars Keira Knightley, Jason Clarke, and Alexander Skarsgard. The story follows Rachael Morgan (Knightley), a woman who travels to Hamburg in Germany, after World War II, to be reunited with her husband, Lewis (Clarke). Set in the bitter winter of 1946, Rachael must live with Lewis upon whom the task of rebuilding the shattered city has fallen. However, that is the least of their concerns as they move into their new home. Lewis astonishingly makes the choice to share their grand house with the previous owners, who are of course German. Tensions run at an all-time high with the Germans, as the Morgan family is faced with Stefan Lubert (Skarsgard), who is a widower, and his troubled daughter.

‘The Aftermath’ shows the lasting effects of the World War and the result of breeding a climate of hatred and enmity among people. Knightley, who is a veteran at doing period films and astounds us once again as the wife of a British soldier.