Where is Keith Lintz Today? 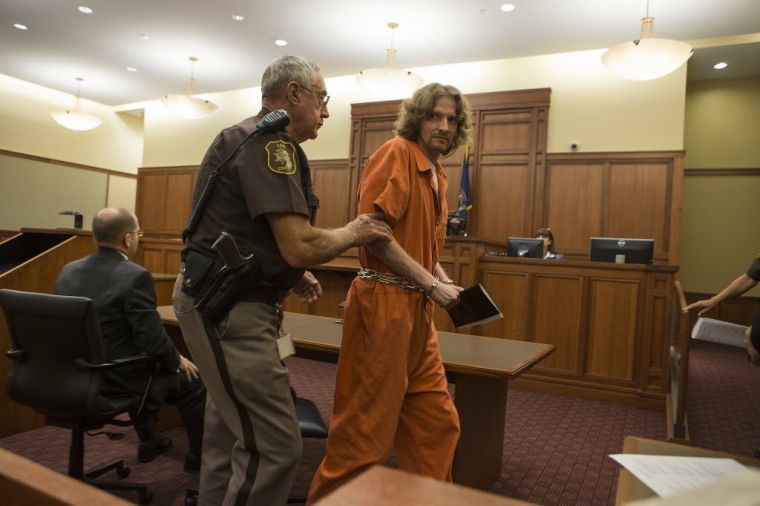 ID’s ‘A Time to Kill’ presents the murder cases of Carolyn and John Tarwacki, who were brutally shot and stabbed to death in their residence in 2010. While the case has been put to rest, this changed how their neighborhood would ever feel safe and secure in their homes. Furthermore, one end, justice was served, and on the other, there still seems to be some questions regarding the evidence that went behind convicting the killer.

Who is Keith Lintz?

Keith Lintz was 28 years old when he was arrested and charged with the murder of Carolyn and John Tarwacki in 2010. The Niles resident was arrested almost two and a half years after the murders, and charged with two counts of felony murder. The incriminating piece of evidence against him were several testimonies handed over by people stating that he often disclosed details of the crime. All of this was made substantially clear as the case went to trial. Soon after his arrest, his mother, Sheri Lintz, made a public statement to the media, in which she said, “My son didn’t do this. He’s not capable of doing this. He doesn’t have a mean bone in his body.”

Reportedly, all the evidence against Lintz was circumstantial. Special Prosecutor Doug Baker called to stand seven acquaintances of Lintz who had heard him speak about either evidence or his involvement in the crime. The statements ranged from, “They have my footprints but not my DNA,” “I put them out of their misery,” “I took their lives. They didn’t deserve it. I can’t take it back,” etc. Another piece of incriminating evidence against Lintz was the footprints that were found around the backdoor of the Tarwacki residence. While the footprints did not exactly match with the footwear he owned, the shoe sizes were a definite match of 12.

During the trial, Baker also mentioned that Lintz who was from the same neighborhood, was high on drugs the day the crime took place. And according to him, the crime was conducted with the intent of attempted robbery. He also stated that it was possible that Lintz may have mistaken the residence for a meth house. Karessa Warner, Lintz’s ex-girlfriend too provided her testimony stating that Keith may have implicated himself in the crime. She quoted one of the statements that were made to her by Lintz, “The only reason I’m the No. 1 suspect is because they have my footprints going through the yard.”

The jury, after a two-week trial found Keith Lintz guilty of two counts of premeditated first-degree murders, and one count of possessing a firearm during the commission of a felony. Thus, Judge Michael Dodge, of Cass Circuit Court, sentenced him to life in prison without parole eligibility. This is also the standard punishment for first-degree murder in Michigan. Judge Dodge, said that Lintz invaded the victims’ world and killed them. Though Lintz did not take the stand, he spoke once during his sentencing, in which he said, “ To the family, I’m sorry for your loss but I didn’t do it.”

Lintz’s defense attorney, Greg Feldman stated that there were several errors during the trial and that his client didn’t exactly get a fair trial. Furthermore, he said that while the jury system is the best in the world, it need not necessarily go the way one intends to.

Where is Keith Lintz Now?

As per public records, Keith Lintz continues to serve his life sentence in Carson City Correctional Facility, in Michigan. In 2015, he lost an appeal for his murder conviction. (Feature Image Credit: SBT Photo/Santiago Flores)

Read More: Everything We Know About Carolyn and John Tarwacki’s Murders