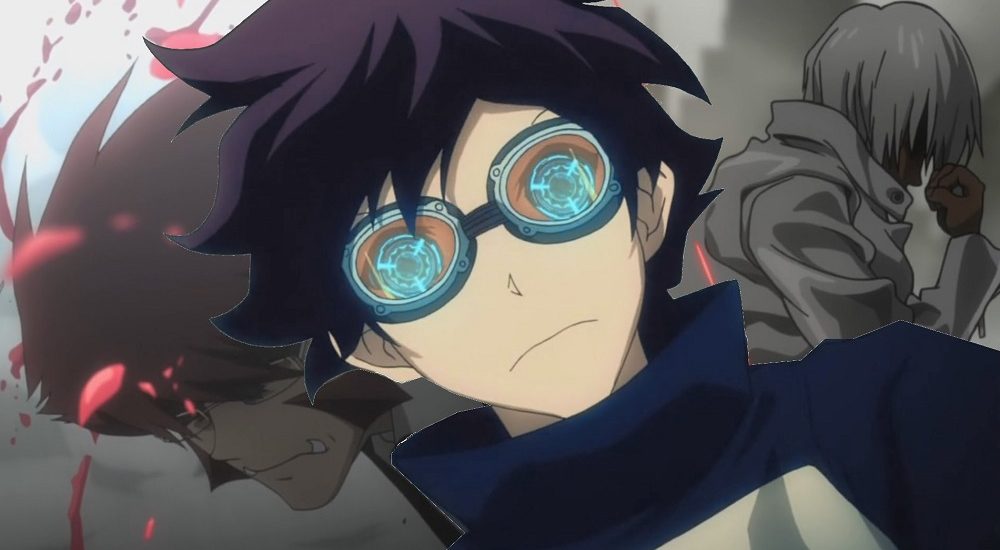 ‘Kekkai Sensen, also known as ‘Blood Blockade Battlefront’, is the kind of anime that will have you hooked from the first episode itself. Directed by Rei Matsumoto, the anime involves some of the most creative camera angles that make it extremely engaging. Even the story—though it may seem a little non-chronological—has been laid out in the best possible way and is quite fascinating. Despite being very simple, the plot of the anime has been executed in a way that is very different from your typical Shounen setup. It brings in a whole lot of variety while presenting its story and pretty much like ‘Baccano‘ and ‘Durarara‘, it does not have one main protagonist but a whole cast of main characters who drive its plot.

When it comes to the technical aspects of the anime, the art and animation quality are fairly decent. Considering that it has been produced by Studio Bones, also known for creating other great anime like ‘Fullmetal Alchemist: Brotherhood‘ and ‘Soul Eater‘, the battle scenes could have been a lot better. But despite all the minor inconsistencies in its animation quality, the fight scenes are still quite enjoyable and the character designs are almost perfect. Overall, ‘Kekkai Sensen’ perfectly embodies a fantastical New York City where monsters and humans have a diverse set of stories to tell. It is definitely a must-watch anime for everyone out there and if you haven’t seen it yet, my advice to you would be to watch it without knowing anything about it. You can later come back to this explainer to get a better idea of what went on. For those who have seen it already, read on!

As mentioned earlier, the events of the anime unfold slightly non-chronologically, which can confuse most viewers. So to help you understand the plot in a better way, we’ll be breaking everything down for you:

Leonardo Watch and the Introduction of “The Great Collapse” 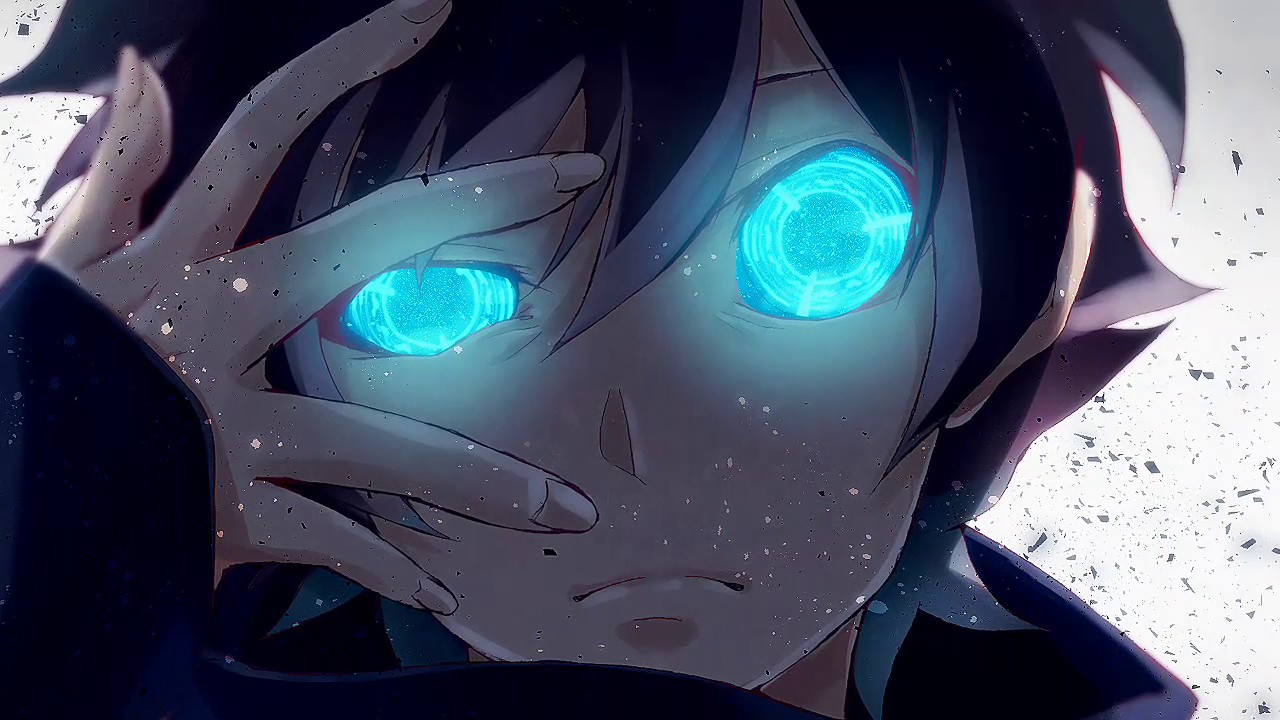 The main setting of the anime is the city of New York which drastically changes after an event which is commonly known as “The Great Collapse”. During this event, a giant hole erupts out of nowhere and creates a connection with the “beyond”. Now known as Hellsalem’s Lot, New York is obviously not the same and has become the home for a diverse population which includes otherworldly beings, superhumans and a few regular people.

During a sightseeing tour with his family, a photographer named Leonardo Watch runs into a strange entity known as Riga El Menuhyut, who gives him the “All-Seeing Eyes of the Gods” at the cost of his younger sister’s eyesight. His paralyzed sister Michella sacrifices her own sight just to make sure that her brother gets to keep his sight and that’s how Leo becomes superhuman. Soon after this event, in order to find clues that could help him restore his sister’s vision, he moves to Hellsalem’s Lot.

While he’s at it, he is mistaken as the new member of Libra, a secret organization that aspires to preserve the balance of Hellsalem’s Lot. The leader of Libra, Klaus, realizes his true potential after noticing his eyes and invites him to stay with them. In return, he also promises him that he will help him find a cure for sister’s blindness. Following this, the anime gives more details of Libra which consists of superhumans who fight vampires and the Thirteen Kings. As of now, there are only 3 members in the Thirteen Kings— Femt, Aligura and the King of Despair. 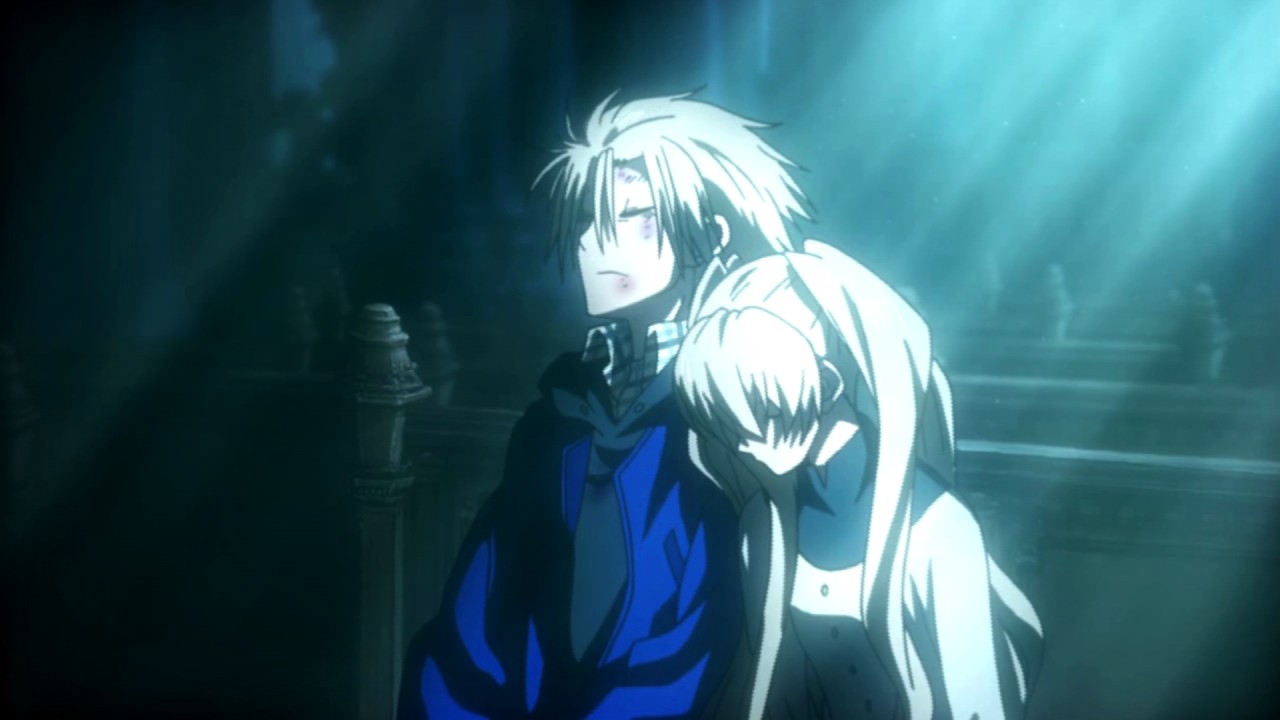 Black and White are two other protagonists of the show who play a major role in stopping the great collapse. Both of them come from a family of psychic casters and while Black inherits his family’s abilities, White does not. This is the reason why White often feels ostracized in the family. In a flashback, it is also shown that despite being more powerful, Black would always get jealous of his sister’s creativity and would try to destroy everything that she created. Later realizing that he’s immature, he decides to abandon his Psi till he becomes mentally stronger. After getting inspired by her parents, White takes up photography just to leave her own impact on the world. During an incident much later, her camera falls into the river and Black tries to get it back but ends up in the hospital. The two of them end up sharing a very warm moment after this and Black tells her why he stopped using his Psi.

During the events of the collapse, the entire Macbeth family proceeds to New York. They do whatever they can to save the innocents who live there and this is when Riga El Menuhyut approaches Black and White. To save his sister, Black ends up sacrificing his whole “physical presence” and ends up having a split personality that shifts between his true self (William) and the King of Despair. While their parents end up dying during the collapse, Black loses all control over himself as the King of Despair uses him as a puppet.

The Rise of “The King of Despair” 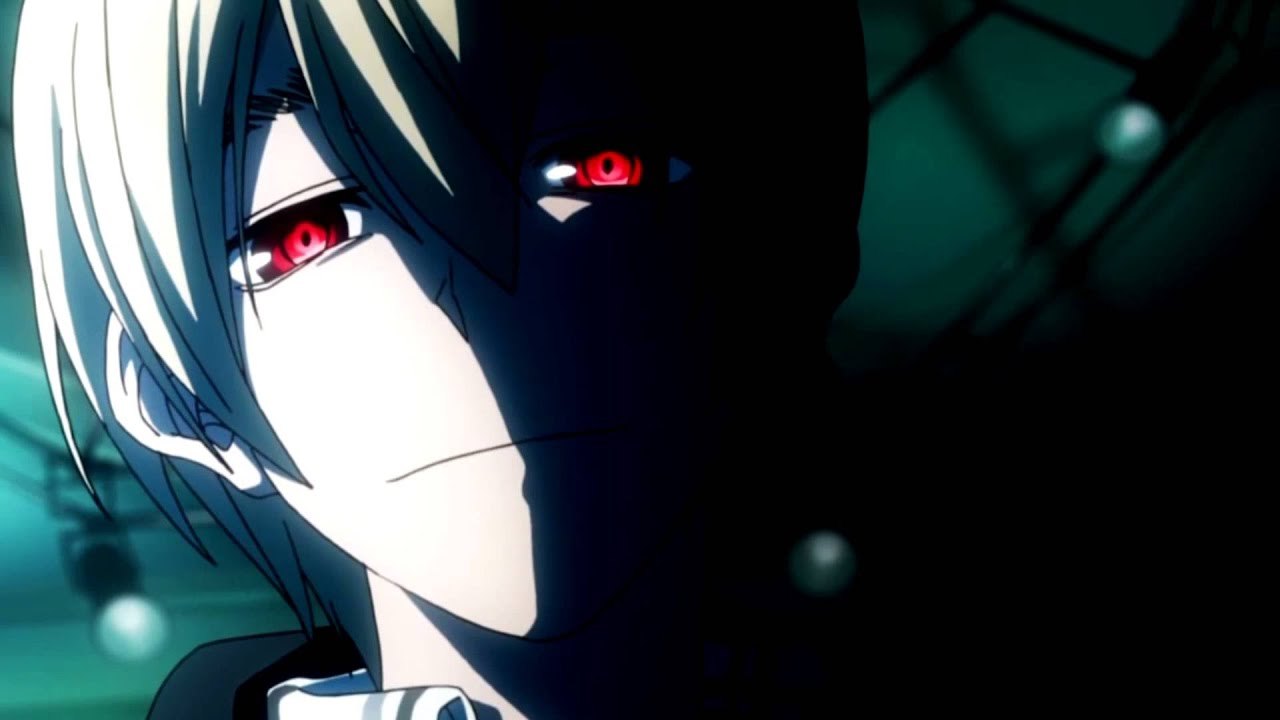 The worlds of Black and White merge with that of Leo’s when he meets White at the hospital. This actually happens during the second episode where White even tells him that she’s a ghost and has been at the hospital since the past three years. Meanwhile, the King of Despair keeps a close eye on Leo and seeks the power that he holds in his eyes. He even talks to him in episode 4, but when he tells Black about it, he denies having any memories of it. In episode 9, post the blood breed fight, the King of Despair is able to acquire a device that can help him take Leo’s eyes.

The King then asks White to keep her promise in order to get Black’s body back to normal. Meanwhile, a barrier that holds the great collapse gets mysteriously damaged and that’s when the King’s whole plan starts to make sense. In episode 11, White follows Leo into the Chapel and that’s when the King shows up to execute his final move. He petrifies Leo with his Psi and White uses the device to take away his eyes. The King performs all the necessary rituals to take his eyes and he is soon left with nothing but a blurry inverted vision.

With Leo’s eyes, he destroys all the barriers and initiates the second collapse. White also starts to feel the pain of the collapse since her parents had replaced her heart with a barrier to keep her alive. Black then shoots her in the chest.  and while all this goes on, Leo lays still in the room as a tear rolls down his eyes. He can probably see everything that is going on because he is now connected to the King’s eyes through the device. 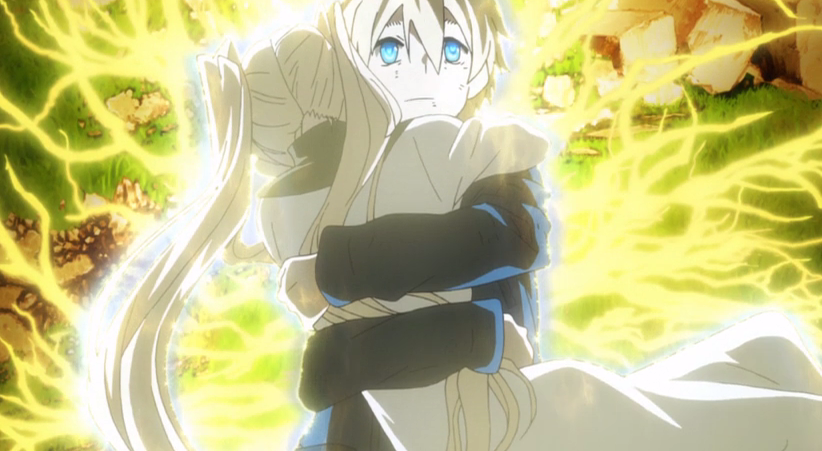 In the final episode, Black/King sits in the chapel without White and the casters start losing it because all the barriers have been broken. To bring the situation under control, Libra arrives at the location to fix things. It is also revealed that the King is actually some eternal spirit who has been around since ages. During this scene, if you look closely, you can see White’s necklace. So after getting shot in the last episode, it turns out that she is neither a ghost nor a human. She can only be seen with the eyes of God and the only reason why she exists is because of the barrier in her heart.

Leo then uses his eyes, which are still connected to the King, to trace Black and arrives at the floating chapel. The Libras have already had a showdown here with the King and have been brutally defeated. He then calls out to White and uses his eyes to show Black what he can see. One look at his sister and Black is finally able to regain control over his body. With the help of White’s soul/barrier, he then puts new barriers and brings an end to the collapse. White slowly turns into a beautiful butterfly and drifts away from the world. Everyone sheds a tear and in honor of his sister, Black holds his hands up with her necklace wrapped around his wrist.

There are two post-credits scenes: one portrays a new member being introduced to the Libra and the other one hints the King’s return. In the first scene, it looks like Black is being welcomed by Libra but this could also be some other new character who will be introduced in the next season. In the second scene, we see a boy who seems to whistle just like the King and might just be his next victim.