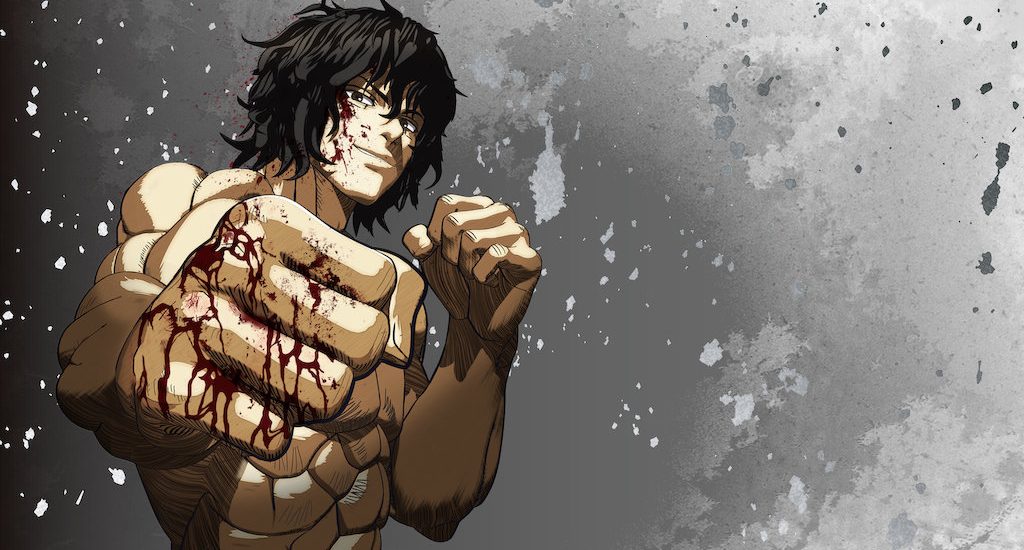 Battle anime fans assemble! If you are a big fan of anime shows like ‘Baki’ that involve the great fight scenes with a whole lot of stomach rumbling gorefest, then ‘Kengan Ashura’ might just be your next favorite anime. ‘Kengan Ashura’ is based on a manga that goes by the same name and has been illustrated by Yabako Sandrovich. Since its release in 2012, the manga has been doing really well and it’s also a little surprising how the anime took so long to earn an adaptation of its own. In 2015, Ura Sunday Magazine where the manga first debuted, decided to conduct a poll and asked fans if they would love to have an anime adaptation of ‘Kengan Ashura’. Most fans unanimously agreed and in May 2015, the fate of the anime was sealed.

Now that we’ve all seen the first two seasons, it’s literally making us weak in the knees, isn’t it? I don’t really know if the anime is appealing to those who are not really into the whole lot of watching violence on-screen. But for the ones who are into it, this anime might even prove to be better than ‘Baki’ in one way or the other.

The best part about the anime is how it manages to emphasize on different forms of martial arts. It’s fascinating to see the origins of all the fight forms of martial arts and how all of them work around looking for the weakness of their opponents. And not to mention, the protagonist is the perfect combination of cool and badass. I am certainly impressed with the way the anime has adapted the manga so far, especially with the subtle development of the main characters and I just can’t wait for more seasons to come out. Though, the question still remains: will there be a ‘Kengan Ashura’ season 3?

Kengan Ashura Season 3 Release Date: When will it premiere?

‘Kengan Ashura’ season 2 premiered worldwide on Netflix on October 31, 2019. It has a total of 12 episodes with each one of them being close 27 minutes long. The anime has been loyal to its source material for the most part of it and as most of us expected, it was split into two different seasons just like ‘Baki‘.

As far as the next season goes, Netflix has not made an announcement yet. The main problem with continuing the show is  that there isn’t enough material available for another season. A sequel to original manga series called Kengan Omega is in publication but will that be enough to renew the show? We will have to wait and see. Though, the good news for the fans is that since the show is now distributed by Netflix, they can be rest assured that the streaming giant will leave no stone unturned to make another season if there is tremendous demand for it. For now, we can’t do much except for wait, with the hope that ‘Kengan Ashura’ season 3 comes out sometime in 2020.

The English Dub of ‘Kengan Ashura’ is available worldwide on Netflix.

‘Kengan Ashura’ revolves around a tournament of gladiators that is held every single year. These gladiator tournaments are run by wealthy businessmen who hire their own gladiators and make them fight dangerous unarmed combats where the final winner gets to take home everything. While all of these fighters put their lives on the line, the greedy businessmen who hire them put all of their money into these battles in the hope that they will eventually win at all back.

Out of all these gladiators, Tokita “Ashura” Ouma takes the whole tournament by storm and gets everyone’s attention after he is able to devour his opponents by carefully understanding all of their weaknesses and then strategically defeating them. He shows spectacular strength and skill in all of his battles and soon, the word about his sublimity in the battle arenas reaches even the biggest players in the industry, including Nogi Hideki who is the CEO of the renowned Nogi Group.

Tokita Ohma, also known as “The Ashura”, is the main protagonist of the show who enters the Kengan Annihilation Tournament as one of the fighters. He has long messy dark brown hair and an exceptionally ripped muscular physique. Every time he is on the arena fighting an opponent, his passion for combat reflects clearly on his face. Ohma is known to be a little arrogant, especially during his combats where he tires to belittle his opponents. Unlike many other fighters, Ohma actually enjoys being a part of the tournament and is always excited to fight the best and the strongest gladiators in the game. During his fights, he uses a very strategical and planned approach where he tries to find the weakness of his opponents. He then counters this weakness with one of his strengths and manages to win his fights.

He can also be very short-tempered and if confronted beyond a certain point, he completely lashes out on his enemies. But around the people who love him and support him, he is seen as this less aggressive and protective person. Every time Tokita is on the verge of losing, he transforms into something much stronger than he is in his normal state and after evolving to this new state, even his fighting style completely changes. His style of martial arts is often referred to as the “Niko Style” and the origins of this are yet to be revealed in the anime.

Yamashita is a 56-year-old man who was once an employee at the famous Nogi Publishing Second Sales Department. He later becomes the manager of Tokita Ohma during Kengan battles. He looks pretty average for his age and has a very small frame. His presence itself is quite unimpactful most of the times because of his dull personality. He has black hair with sides that a slightly greying and he wears glasses that almost cover half of his face. Yamashita initially starts off as a timid average looking guy who is often pushed around by those of power in his company. But after he spends quite a lot of time with Tokita and other bloodthirsty fighters of the Kengan Tournament, he starts holding himself in a higher regarding and stops fearing the people around him. Despite having no fighting experience, he also seems to be quite observant of the moves of all the fighters involved.

Yamashita really respects Ohma and his will power to win fights. He loves how Ohma is extremely passionate about what he does and how he gives his everything on the battlefield. He supports him all the way to the end and even tries to protect him from the ones who try to stop him. Somewhere around the end of season one, Yamashita starts acting a fatherly figure for Tokita and even asks him to quit his fights if he wants to. At the end of the last episode, he even tries to teach Ohma that killing someone is never really the answer and gets really concerned when Ohma tells him that he won’t understand. While Ohma’s character is yet to undergo a significant amount of development, Yamashita’s personality has already changed quote significantly in season one.

Yamashita has a wife and two sons and it is mentioned that his wife left him 10 years before the events of the anime. Also, one of his sons stays with him and is strangely locked up inside his room all the time. It seems like he will be a more significant character in the next season but that’s something we’ll only know with time.