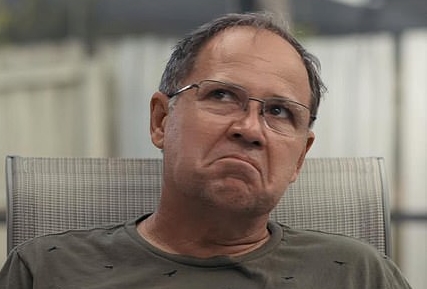 Netflix’s explosive documentary ‘Tiger King‘ has been mired in several controversies, with the disappearance of millionaire Don Lewis being at the heart of it all. For those unacquainted with it, the documentary covers the long-drawn battle between big cat enthusiast Joe Exotic and animal rights activist and current owner of Big Cat Rescue Corp. Carole Baskin, who Joe has accused of murder.

Self-made millionaire Don Lewis, Carole’s ex-husband, disappeared off the face of the Earth on the morning of August 18, 1997. Although authorities mounted a massive search for the missing individual, they could not find any promising lead, apart from unearthing Don’s abandoned van in an airport near Tampa, Florida. The search, therefore, had to be abandoned eventually, and the case was assumed to be a cold one-till now.

Following the release of ‘Tiger King’ in March 2020, Joe’s very public accusations against Carole have caught the attention of not only Don’s family but also many netizens. Joe pointed the finger at Carole for murdering Don and then feeding his remains to the tigers owned by Big Cat Rescue Corp. Unsurprisingly, in light of these explosive accusations, the investigation into Don’s disappearance has now been re-opened and has gathered newfound momentum.

Building on this, CBS’ show ’48 Hours’ Suspicion’ has now dug up new information on Don’s disappearance, and their findings are shown in the episode titled ‘The Tiger King Mystery.’ Among other things, the episode broadcasts the first television interview of Trish Farr-Payne, the ex-wife of handyman Kenny Farr. Kenny served under Carole and Don and allegedly had a part to play in Don’s disappearance.

Who is Kenny Farr?

Kenny Farr had been far-removed from the limelight up until now. But, we do know that he worked as a handyman for Carole and Don, and was working for the husband-wife duo at the time of Don’s disappearance. Further, Trish claims that Kenny might have had an active role to play in the disappearance of the millionaire, although, at the time of writing, we’re not sure about the exact nature and extent of his involvement.

Did Kenny Farr Have Anything to do With Don Lewis’ Death? 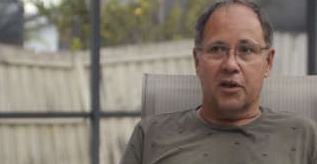 It’s important to state at the very outset that although police and Don’s family suspect foul play in the millionaire’s disappearance, so far, there’s been no evidence that hints at murder. That being said, Trish’s account is indeed fascinating, especially in light of Joe’s accusations against Carole.

According to Trish, two days before Don was reported missing, Kenny told her that Don’s gone, and he didn’t want her talking about him. If that wasn’t suspicious enough, Trish also claims that a large padlocked freezer was briefly kept on their porch a week after Don’s disappearance, but it disappeared soon after. When coupled together, these developments do look fishy.

Firstly, Kenny’s alleged knowledge about Don’s disappearance before it being reported is suspicious in itself, and secondly, the freezer further adds to the mystery. Because Carole has been accused of feeding the remains of her husband to tigers, it makes sense to store them in a freezer until the deed could be done without raising any eyebrows. Also, Trish has said that she waited this long to go on the record because she was “afraid” for her kids – what or who was she afraid of? We don’t know yet, but we’re sure we’ll find out soon enough.

Therefore, it’s best not to jump to conclusions about the nature and extent of Kenny’s involvement in Don’s alleged murder, at least for now. That being said, even though Kenny might not have killed Don directly, it is quite possible that he had inside knowledge of the ongoings in the millionaire’s life in his final days and that in itself could be a breakthrough in the two-decade-old case.