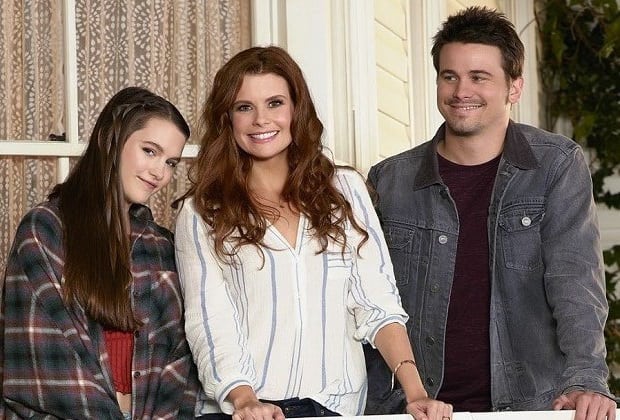 ‘Kevin (Probably) Saves the World’ is an American fantasy-comedy show. Formerly known as ‘The Gospel of Kevin,’ it has been created by Michele Fazekas and Tara Butters who were individually nominated for ‘Writers Guild of American Award for television: Episodic Drama.’ Nonetheless, the show’s name was eventually changed for the content was not too overtly religious in nature. The series first premiered on October 3, 2017 on ABC

The show revolves around Kevin, a man who is down on his luck and is tasked by God to save the world. While saving the world might seem like a monumental deed, the more important aspect is having a sense of purpose in life due to this task. Several shows grasp with the concept of having a purpose in life, and while shows like ‘God Friended Me‘ directly posits faith in the existence of the divine, someone like Ricky Gervais, who is a profound atheist, approaches the sense of purpose in a much more sublime manner in ‘After Life‘. Anyhow, fans liked the sense of purpose in ‘Kevin (Probably) Saves the World’ and critics too appreciated the potential of the show, saying, “Breezily entertaining, ‘Kevin (Probably) Saves the World’ relies on its likable lead to carry its still-sketchy premise, hinting at deeper potential that’s yet to develop”.

Kevin (Probably) Saves the World Cast: Who is in it?

The cast of ‘Kevin (Probably) Saves the World’ is led by Jason Ritter as Kevin Finn, a man who is selected to save the world. JoAnna Garcia of ‘Freaks and Geeks’ fame plays the role of Kevins’ sister Amy who is later approached to help Kevin. Kimberly Herbert Gregory comes in as Yvette, the prime celestial messenger. She is tasked to guide and protect Kevin while he accomplishes his mission of saving the world. When everybody believed that Kevin was the only righteous soul left, Kevin, by the end found out two more righteous souls. Sprague Grayden and Currie Graham played the second and the third righteous souls, that is Shea and Barry, respectively.

Kevin (Probably) Saves the World Plot: What is it about?

Kevin (Probably) Saves the World’ revolves around Kevin Finn (Jason Ritter), a man who is hard hit by his luck. After getting fired from his job and having a suicide attempt go awry, Kevin returns to his home with his daughter to his sister Amy, who is an engineer and a professor in college, and his widowed mother. While his sister is out for work, his town experiences a meteor crash, and while investigating it with Reese, he starts having strange visions of a mysterious woman named Yvette who claims to be the messenger of God. She says she is tasked to help and protect Kevin who is in turn supposed to protect the world. Kevin has to perform kind and rightful deeds to gain his superpowers. He is supported by different celestials, like Dave, on his way to righteous paths. Since Kevin is the only one who could see and talk to them, they seem to be hallucinations to those around him.

Later in the story, when all the celestials have given up finding righteous souls, the tale takes an interesting turn where a new mystery is unfolded that out of the 36 noble souls on Earth, it wasn’t only Kevin who was left to be found, as was perceived earlier by the messengers. The story ends with Kevin finding two other righteous souls along with him. Also, towards the end, Amy confronts Kevin about the meteor crash and if it had given him any spiritual powers. Kevin reveals the entire truth about the meteorite, Yvette, and his mission to save the world. But, Amy does not believe him and thinks he is making it up, so, Yvette unveils herself asking help from Amy in their mission to save the world.

Variety sums up the show aptly, saying, “if you can stomach the feel-goodery of connecting to people through embrace, Kevin’s crash course in appreciating the wonders of shared humanity is a little sweet and a little funny — and best of all, original, which is more than can be said for a lot of other debuting dramas.”

Kevin (Probably) Saves the World Season 2 Release Date: When will it premiere?

‘Kevin (Probably) Saves the World’ Season 1 premiered on October 3, 2017. As far as the next season goes, we have bad news for the fans. On May 11, 2018, ABC canceled the show. Considering the declining viewership of the show, it was expected that ABC may not continue for another season. Though, fans should not lose all their hopes. There’s still a possibility that some other network picks up the show. If that happens, we will update you about ‘Kevin (Probably) Saves the World’ Season 2 release date.

You can check out the trailer for ‘Kevin (Probably) Saves the World’ Season 1 below. If you have not seen the series, you might want to see it for Ritter’s performance.