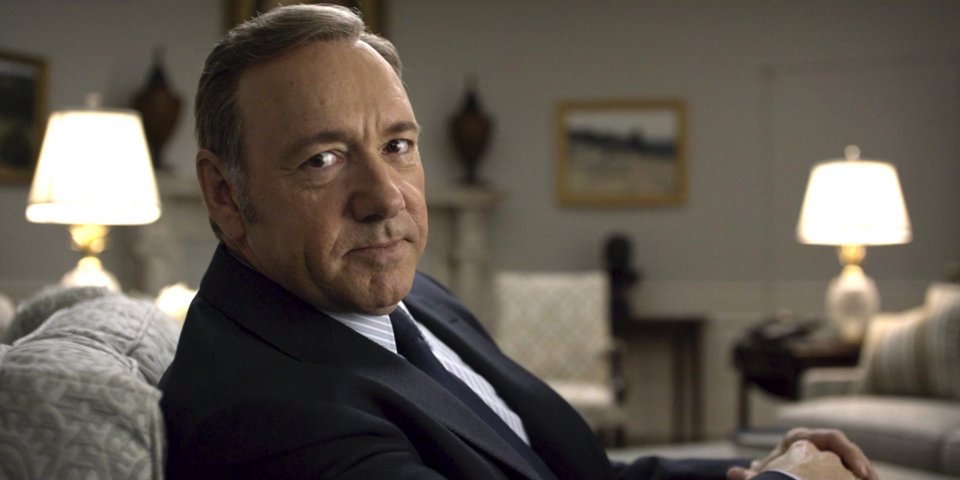 When a career is dead, you can feel it. People distance themselves from them, like rats fleeing a sinking ship. You can feel it, you can sense it, you know it in your bones.

Harvey Weinstein is finished, he is career dead. He is now joined by an award-winning actor, once beloved by audiences and critics. Despite his two Academy Awards in the nineties, you might have had trouble finding anyone who had much good to say about Kevin Spacey the person. Gifted actor, despite a penchant for smarmy, smug smarter than everyone in the room, his career sort of nose-dived after American Beauty (1999) though he came back in House of Cards on Netflix.

There was much talk and buzz surrounding his supporting performance in All the Money in the World, directed by Ridley Scott, even Oscar attention, but that is now dead.

The reports coming from the set of the Netflix drama will see to it he is finished. With aggressive, bull queer behaviour, Spacey has sealed his own fate. You simply cannot get away with plunging your hands down or up the shorts of attractive young men working on set. It does not matter if you are a powerful star or not, not anymore, and it seems this has been going on for years.

While shooting The Usual Suspects (1995) it seems the attractive boyfriend of Director-writer Bryan Singer caught the eye of the actor who chased him with aggression and purpose, finally bedding him. Singer was, to the least displeased, and the two stopped speaking. Stories of Spaceys’ chasing young men have circulated through the business for years, and in light of the current climate have come home to roost.

Harvey Weinstein is finished in the business, any business and may face jail. Netflix has cancelled House of Cards, and any Academy Award campaign for Spacey is dead. His agency has distanced themselves from him and his publicist has quit. He is as dead as one can be without his heart not having stopped.

Earlier this week Dustin Hoffman apologized for harassing a young woman on set thirty years ago. Hoffman was always known to be rude, known to crack sexual jokes and innuendoes with no care for who was around, but harassment? I doubt he will be the last we hear about.

Let us be clear in the film is not the only business where this takes place. In the halls of power to blue-collar work, sexual harassment runs rampant, and women are targets, straight young men and women are targets, everyone seems to a target. Did anyone truly doubt the existence of the casting couch? It has existed since the sound film emerged.

I suspect in the coming weeks and months we will hear more accusations directed at stars we admire, directors we know, and producers who make the films we love. At this writing several careers are dead, but how many were thwarted because they lived in fear of being crushed by a powerful person? How many were terrified by being hounded and harassed, or even raped? How many dreams are nightmares for these victims?

I have always tried to focus my writing, my reviews, my profiles free of concern for how the artists live their lives. This has proven most difficult when writing about Woody Allen, who seems constantly under fire, accused by former partner Mia Farrow and her kids. What stops me from believing the stories about Allen is that no one but Farrow, no one but her children have lashed out. In a career exceeding fifty years there have not any other accusations of child abuse. None.

Spacey however is a different animal. There are multitudes of witnesses, and more than one or two accusations. His arrogance, his sense of entitlement has been his downfall. The fact he believes he can put his hands on young men because of who he is displays a blinding sense of entitlement that is supported by an arrogance that no one will ever talk. Well they talked. And now Spacey begins that long fall, and it is one hell of a drop. Ask Harvey.