Is Kill The Irishman a True Story? 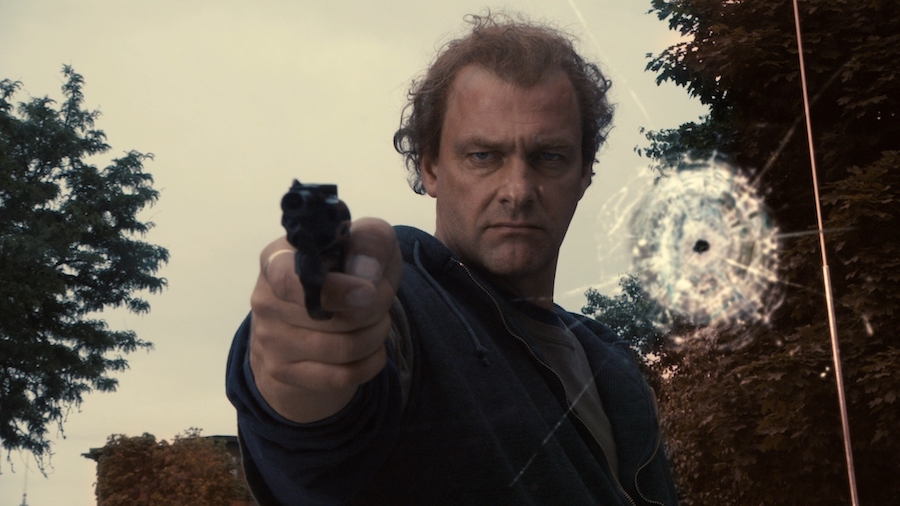 If you love watching gangster movies, then ‘Kill The Irishman’ is one of the must-watch for you. Starring Ray Stevenson in the lead role, the film has Vincent D’Onofrio, Val Kilmer, and Christopher Walken in the supporting roles. Set in the 70s, in Cleveland, it follows the story of a man named Danny Keene, charting his career as he quickly rises up the ranks in the criminal world, until he, eventually, meets his downfall. While watching the film, like any other crime drama about gangsters, we can’t help but wonder, is it based on a true story? Here’s what you should know about ‘Kill The Irishman’.

Is Kill The Irishman based on a true story?

Yes, ‘Kill The Irishman’ is based on the true story of an Irish-American mobster named Danny Greene. The film finds its source material in Rick Porrello’s book ‘To Kill the Irishman: The War That Crippled the Mafia’. Before his career in crime, Greene had served in the US Marine Corps, where he received an honorable discharge a year after receiving a promotion to corporal. Then he found his footing as the president of the local International Longshoremen’s Union after working the docks on Lake Erie. This position helped him earn a reputation, which later paved his path towards the mob. This part of his life ended soon enough when he was indicted for embezzling more than $11,000 in union money. Though the case was eventually overturned, even though he had pleaded guilty, Greene could not go back to being a union leader.

The next step in his journey was the Cleveland Trade Solid Waste Guild, where he attracted the attention of Alex Shondor Birns. He hired Greene to resolve disputes and collect loans. Greene was also sought as an enforcer by other local mob bosses and also got involved with the Italian mob. He finally found his calling in car bombings, which was a popular method of assassination at that time. His first stint didn’t go as planned, and the explosion rendered Greene deaf in the right ear. But this accident didn’t stop him from going at it again.

Eventually, Danny Greene became responsible for about eighty percent bombings in Cleveland in the span of a decade. He also hired an accomplice named Art Sneperger, who also died in a bombing. In that incident, Sneperger was setting the bomb for someone else. The movie shows that Greene killed Sneperger after he found out that the latter had turned into an informant. In reality, however, Greene’s involvement was never proved.

After he had built enough connections, Greene’s relationship with Birns started to deteriorate. When their connection completely broke, Greene decided to create a crew of his own, which he called the Celtic Club. He was very proud of his Irish roots and is even said to have harbored an affinity for green color. He painted his office green and drove green cars, and with other actions combined, he earned the title of The Irishman. He also became increasingly violent regarding his turf. His differences with Birns escalated, and soon enough, Birns, too, was killed in a car bombing. Again, the movie shows a clear connection between Greene and Birns’ death, but in reality, it was nothing more than speculation.

How did Dany Greene die?

With Greene becoming more volatile and trying to push into the territories of others, a gang war started between him and the Italians. Several assassination attempts were made, with four car bombings that he barely escaped. In one instance, a rival mob member drove around to his house and rained down bullets on his house. However, Greene managed to escape every one of these attacks and thanked his Irish luck for saving his life.

However, his luck ran out in 1977, and ironically, Greene met his end the same way he had killed a lot of his enemies. The mob bosses had become increasingly impatient of his escapes and his increasing notoriety over the city. To get an insight into his whereabouts, they tapped his phone and found out about a dentist appointment. While Greene was inside getting his teeth checked, a bomb was attached to his Chevy Nova in the parking lot. When he climbed into the car, the bomb was remotely detonated and Danny Greene’s story came to an end at the age of forty-seven.