When Will Killer Affair Season 2 Premiere on Oxygen? 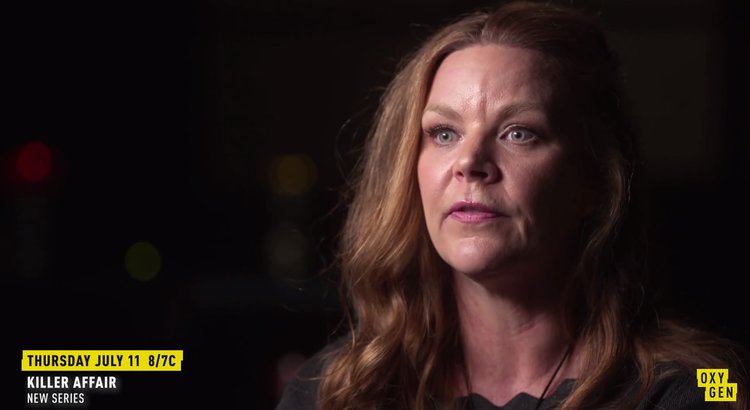 She is lying on her bed, all curled up, trying to sleep. He is on the other side, pretending to doze off, maybe. And then, all of a sudden, he gets up. He asks her — “Was it on this bed?” When she silently nods in agreement, he finally realizes that he had been living all these years in denial. He breaks down, looks into her eyes, and asks once more: “Do you think we can make this work?” She stares straight ahead, avoiding his gaze, unflinching, and replies: “No, it has gone too far, and our relationship had lost its fire long back. It would never be the same.” The husband takes a deep breath and says: “As you wish my dear. You may be right. It’s time we stop stretching and call this quits.”

Harsh yet honest, this is the maturity with which one should handle a situation when relationships stop working. When it ends in deception and deceit. However, love is the strongest emotion and hence, the rage it brings with it is also another emotion that can cause the maximum destruction.

When anger surpasses logic, at times, we witness the inevitable… murder. In a reckless fit of uncontrolled fury, one can end up taking the life of another, whom he/she had vowed to love his/her entire life. Delving deep into such violent acts of passion is Oxygen’s true crime documentary, ‘Killer Affair’. You have watched ‘Unfaithful‘, haven’t you? This is almost similar, but the added element is that it is entirely unscripted!

This engaging docu-series originally premiered in July 2019, and received favorable reviews from viewers. After all, who does not love the lethal combo of crime and passion? Now, with season 1 having concluded, let’s see when ‘Killer Affair’ season 2 will return on tv.

Killer Affair Cast: Who is in it?

Each episode of ‘Killer Affair’ documents one crime, led by passion, that is brought to life via first-hand interviews and detailed discussions with friends, family, and investigators, who had been connected to and involved in these incidents when they took place in real-time. Detectives and experts lend deep insights into the cases and describe how they finally ended up apprehending the criminals.

The upcoming season will also follow a similar format and introduce us to a new crew of victims, investigators, and connected law-enforcement officials.

What is Killer Affair about?

Love triangles — this phrase sounds juicy, but this is often the scenario that ends in extreme complications. When two men or women are pitted against one another, what does the scorned paramount do? Engulfed with an overwhelming desire for revenge, coupled with ego clashes and the heartbreak of loss, they, at times, are led down a path of murder. In this murder documentary, we also see how infidelity and deception cause one to lose his/her sense of reason.

We witness the psychology of the perpetrators by getting a deep insight into their minds and souls and understanding what drove them to commit such horrible crimes. Narrated via addictive re-enactments, each true story exposes how a tangled web of lies finally culminates in death. With shocking twists and turns and surprising suspects, we see how these killers are brought to justice by expert cops and detectives. Yes, the reasons cited by these criminals might have been personal, but the crimes are definitely not.

Season 1 sheds light on some of the most brutal crimes in the US. There’s a case of forbidden love and a secret pregnancy that leads to murder. But with the body being absent, the mystery is complicated. Two long-term friends fall in love with the same woman, causing cops to suspect foul play when one man goes missing. Then, a certain killer is discovered to be entangled in a maze of extra-marital affairs and infidelity. Again, when a school superintendent is killed, detectives unravel that the reason behind his death was a secret affair and a broken promise.

Season 2 will follow the same trope and explore multiple twisted crimes that had been committed in the name of love.

Killer Affair Season 2 Release Date: When will it premiere?

The show proved to be yet another addition to the channel’s catalog, which is the ultimate destination for true crime programming. With famed unscripted original shows such as the ‘Snapped‘ franchise, ‘Cold Justice‘, ‘Killer Couples’, and ‘Criminal Confessions‘, it had added multiple new titles in 2019, including ‘License to Kill‘ and ‘A Lie to Die For‘.

Penetrating more than 77 million homes, Oxygen offers these series the scope to air in front of a huge audience. And with increasing numbers of true crime fanatics, we were not surprised when we received the news that ‘Killer Affair’ had received its second-season renewal. ‘Killer Affair’ season 2 is slated to premiere on February 16, 2020.

While we wait for season 2, you can check out the season 1 trailer below to refresh your memories. You can also head to their official site if you wish to check out all the previous episodes from the show.

True stories of murder ignited by infidelity and deception. The all-new series #KillerAffair starts Thursday, July 11 at 8/7c, only on Oxygen.