Where is Killer Camp Filmed? 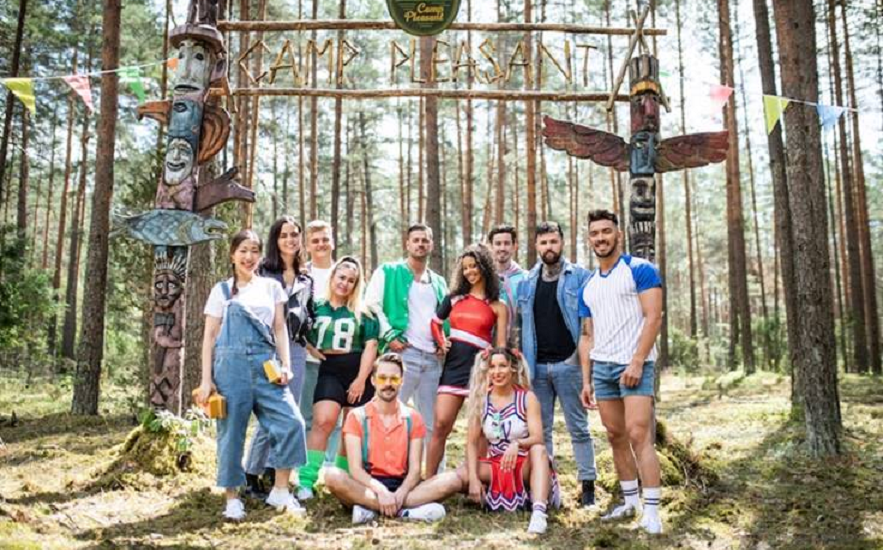 Slasher movies often rely on jump scares and mystical yet horrifying serial-killer-like personalities to entice viewers. Murder mysteries, on the other hand, use a whodunit premise that keeps viewers on their toes. Lastly, a few reality shows often use some offbeat “cast members” in the same place in order to extract drama. What if we told you that there is one show that combines all the three appeals? Yep, we are talking about ‘Killer Camp.’ Originally an iTV2 show, the series was aired on The CW later.

The premise of the show is simple yet quite witty. There are eleven contestants. They are sent to “Camp Pleasant” after being told that it would be a fun, summer camp-style retreat. However, they aren’t aware of what is to come. The group is told that one of them is a killer! Of course, there is no actual killer, but it is made to look like one. Then, they have to figure out who the real killer is, like a murder mystery game.

The show is presented by the Canadian comedian, Bobby Mair who is depicted as the “camp counselor.” The names of the contestants are Sian, Nurry, Sam, Holly, Rosie, Carl, Jacques, Rob, Eleanor, Feargal, and Warren.

Several viewers would have wondered where ‘Killer Camp’ is filmed. Well, the show employs a murder mystery, summer-camp-style premise. Hence, the show is mainly set in Camp Pleasant: the fictional place where the murder mystery game is held. Viewers would have wondered where this place is actually located. Is there a Camp Pleasant?

Well, ‘Killer Camp’ is filmed in the European country of Lithuania. This is where the fictional Camp Pleasant depicted on the show is located. However, filming the show wasn’t a cakewalk. The weather was quite unpredictable. Hence, that added challenges while filming. The climate would switch from sunshine to thunderstorms in no time. On top of that, a large part of the filming had to be carried out at night. It would only get dark after midnight, giving a very small window for shooting. In total, six hours was all they had to film the scenes set in the dark due to the summer solstice. Typically, filming was carried out from 2 pm to 2 am. Have a look at some photos shared by the cast members of ‘Killer Camp:’

Camp Pleasant they said. You’ll have a nice time they said…. 👀😱😭 There’s only one way to find out if I was in a dream or a nightmare – Sunday, 9pm @itv2 @killercamptv #killercamp #summercamp #cheerleader

Soooooo… I’ll be joining the cast of @killercamptv on ITV2 this Halloween. Watch this space! @itv2 🤭 👻 🔨 ⚰️

It’s all over now 😫 I had the best time filming and watching @killercamptv. I hope those who watched enjoyed it too! We may not of walked away with the money but I walked away with lifelong friendships. A whole lotta love for all these people 🌟💖🎃

A scandalous night on @killercamptv… who do you think killer number two is? 🙃🐸☕️ #killercamp @itv2

Have a look at the lush greenery of the place: