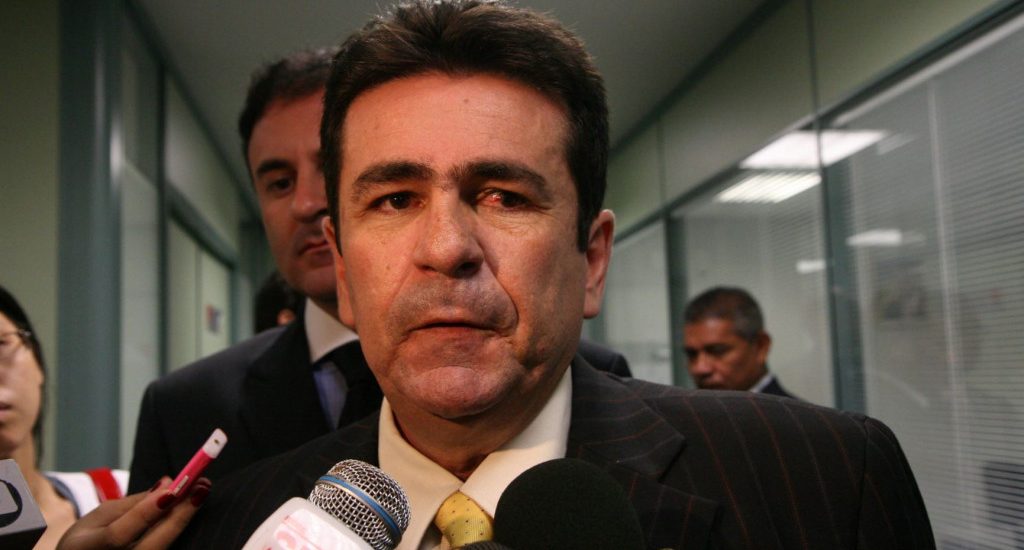 One of the primary factors behind the popularity of any show is its ratings. But how far can one go for it? Do you think anyone would kill for it? Murder people, I mean? We think not. However, there was one Brazilian producer who did take this extreme measure to increase the audience rating of his program. Aptly named ‘Killer Ratings’, this true crime television documentary series, that first premiered on Netflix on May 31, 2019, revolves around TV presenter and politician Wallace Souza. He had been imprisoned on grounds of orchestrating multiple murders to improve the ratings of ‘Canal Livre’, a popular news program during those times.

Wallace Souza hosted ‘Canal Livre’, which showcased murders, abductions, and anti-trafficking operations, and aired for 10 years on TV Rio Negro in Manaus, Amazonas. His program was so successful that he progressed to be elected as a state congressman by the Amazonas state. However, he was charged with ordering deaths to increase the audience rating of his show, which soon led to a police investigation. And ‘Killer Ratings’ documents the entire events that took place during that time period.

Killer Ratings Cast: Who is in it?

The team behind the making of ‘Killer Ratings’ has gathered well-researched data surrounding the case. Episodes feature exclusive interviews with individuals who had been involved with Canal Livre, close relatives and friends of Souza, cops involved in the investigation, and multiple unseen footages of Souza in the midst of the scandal.

Killer Ratings Plot: What is it about?

When you hear the plot of ‘Killer Ratings’, it seems like a script of a chilling prestige drama. But this is not the case. It’s a true story. And what’s scarier is that a TV producer, in fact, actually orchestrated murders to boost his show’s ratings.  So, who is Wallace Souza? Let’s get an idea about his life.

Wallace, a native of Manaus — a secluded and lawless city bordered by forests in the midst of Brazil’s Amazon in the state of Amazonas, started his career in the police force. However, the irony is that his new career path also launched his trajectory as a criminal. He used to steal fuel from police vehicles and extorted criminals he arrested. Finally, he was forced to resign in 1987. But, after this, he soon made a career shift toward broadcasting.

In 1989, Souza, with his two brothers, launched the news magazine show, ‘Canal Livre’. During the broadcasts, his team would usually be the first to arrive at the scene for murders. Although the explanation offered was that they employed police scanners and sources in morgues and police stations, it was hard to believe that they often reached faster than the cops themselves.

Souza and his brothers, who were also connected to local politicians, later came under the radar for drug trafficking. The trio was alleged with the ordering of hits on rival traffickers. He would orchestrate the murders, reach first at the scene, and then make an exclusive news coverage. However, when further investigations were launched, he was charged with homicide, drug-trafficking, intimidation of witnesses, and illegal ownership of arms. Souza lost his policial immunity, was expelled from the assembly and was forced to flee so as to avoid conviction. Along the way, his son and accomplice, Raphael Souza, was arrested. This led Souza to surrender himself, but before he could face trial, he died of a heart attack.

However, his brothers, Carlos and Fausto, did receive sentences of 15 years in prison and were ordered to pay fines of $14,000 each for their drug trafficking crimes. Even his son was sentenced in 2012 to serve nine years in prison.

‘Killer Ratings’ chronicles this entire story during its run of 7 episodes. The narration is so full of complex arcs, that it is no less than a twisted thriller drama. Director Bogado said in his interview with Deadline, “What I thought I knew about Wallace Souza when I set out, turned out only to be the starting point of this extraordinary story. When I looked deeper, I saw the events that followed were full of the most jaw-dropping turns, twists, and shocks which would be deemed too outlandish in a Hollywood script.”

Killer Ratings Season 2 Release Date: When will it premiere?

‘Killer Ratings’ season 1, with all of its 7 episodes, premiered on Netflix on May 31, 2019. The creators adopted a series format because the story is too elaborate to be covered in a one or two-hour documentary.

As for season 2, we cannot give you a definite answer yet. Since the entire sequence of events is documented in a single season, we are not sure if the makers will go for a renewal. But if they do, they can focus on an entirely new person or network that played foul to achieve ratings. In any case, as soon as we get any reliable information, we shall definitely update you about ‘Killer Ratings’ season 2 release date.

Check out below season 1 trailer to get an idea of what this show is all about if you haven’t seen it yet.