A Guide to The Filming Locations of Killing Eve 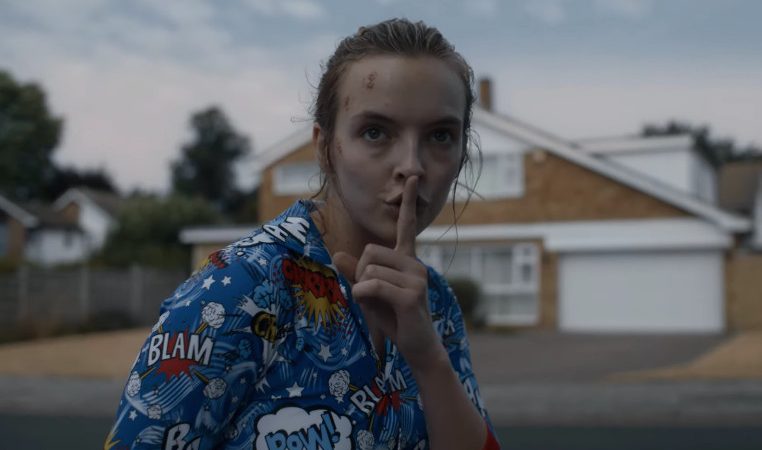 If you still do not know Phoebe Waller-Bridge yet, you might find yourself living under a rock soon. After writing and starring in ‘Fleabag,’ she penned yet another entertaining series, ‘Killing Eve‘ and is on her way to becoming the most sought-out television writer (she might already be that).

‘Killing Eve’ is a thriller with a healthy dose of satire and one of the most memorable femme fatales. It revolves around an MI5 officer named Eve who attempts to track down and arrest an assassin named Villanelle. ‘Killing Eve’ has received widespread critical acclaim for its engaging plot, humor and impactful acting.

Where is Killing Eve Filmed?

‘Killing Eve’ is a globetrotting thriller that takes viewers to breathtakingly exotic locations all over the world. Coupled with some beautiful cinematography, these locations help ‘Killing Eve’ be visually appealing. Interestingly, to enhance the appeal of the diversity of locations seen on the show, several scenes are filmed in public transport vehicles.

London serves as the most frequently depicted location on ‘Killing Eve.’ The protagonist, Eve is an MI5 officer after all. Several scenes have been filmed at West London Film Studios on Springfield Road in Hayes. Given the fact that this is a production house, one can expect a lot of interior filming to have been carried out here.

Moving on, the MI5 base from which Eve and her colleagues plan on catching Villainelle is actually located on Warwick Hosue Street. Moreover, a scene in the third season was filmed at Bar Malden in 1-3, St Georges Square in New Malden.

“Can I show you something?” Carolyn says over breakfast, and then leads Eve to her new, definitely off-the-books, MI6 office where she meets Kenny for the first time.

Warwick House Street is a quiet backwater off Trafalgar Square right in the heart of tourist London. #KillingEve pic.twitter.com/czdEZVdqFh

Hornsey Town Hall Arts Centre doubles up as Hotel Altlasov in Russia for ‘Killing Eve.’ Other than that, Cargo on 83 Rivington Street in Hackney, London served as Club Shelter at 7 Overhoeksplein.

Villanelle is depressed and decides to go on a bender and visits a nightclub.

First she buys drugs in the Red Light district at Teerketelsteeg, then we see the entrance to Club Shelter at 7 Overhoeksplein. But the club itself is Cargo at Rivington St, Hackney, London #KillingEve pic.twitter.com/FBruhp3ZtR

When Villanelle utters the safe word ‘gentleman’, Eve dashes over to Aaron’s Palazzo disguised as a maid. Her entire world seems to crumble at the sight of Villanelle slitting Aaron’s throat.

All interiors were filmed at Syon House, opposite Kew Gardens in London. #KillingEve pic.twitter.com/QfY0R89qi7

Carolyn has a habit of arranging meetings in the oddest of places.

Clearly a book lover, here she’s getting a debriefing from Martin, the psychologist, at The London Library, 14 St James's Square – an establishment once favoured by Charles Dickens. #KillingEve pic.twitter.com/ZUNSIk14yF

Paris is another integral setting on ‘Killing Eve.’ Several locations from the French capital were used to film ‘Killing Eve.’ A scene with a particularly picturesque backdrop and Villanelle in a pink dress was filmed at Place Vendome.

Few days ago I went to visit Villanelle in her apartment in Paris 😏 (sorry for the weird video but people were watching me so it was freaking me out 😅) @KillingEveSites @KillingEve #KillingEve pic.twitter.com/emOTCKHyBg

Also in Paris, Villanelle takes a stroll through the Jardin des Tuileries with Sebastian. #KillingEve
  pic.twitter.com/IySUI3lN80

Have a nice trip! pic.twitter.com/xCHk07a61Q

Continuing its “Euro Trip,” several scenes in ‘Killing Eve’ were filmed at Bucharest, Romania. The city stood in for various other locations. Strada Nicolae Golescu, for instance, stood in for a scene set in Paris. for A lot of scenes had been filmed at Muzeul Național de Artă (The National Museum of Art).

For any fans planning a trip to Bucharest, you’ll be pleased to know that eleven of the #KillingEve locations can be found in one small area of the old town.

To get your bearings, search for Muzeul Național de Artă, Bucharest to find the large building marked. #Team_MI_VI pic.twitter.com/Kes4sKlmHE

It’s been fun discovering #KillingEve filming locations in and around Bucharest – 14 in total. The only place I’ve never discovered is where Villanelle meets Anton.

Here’s a handy map for anyone visiting this fascinating city.

This brings Season 1 location posts to an end. pic.twitter.com/fXvX3GxhRb

The Dutch capital also turns out to be a frequent filming location. In Amsterdam, filming was carried out at Oude Niewstraat, Korte Koningsstraat, Museum Het Grachtenhuis (outside it, not inside), Rijksmuseum and Teerketelsteeg.

On a visit Amsterdam, Villanelle doesn’t think much of Konstantin’s next assignment for her. “Make it fun,” he tells her, “show Eve Polastri what she’s missing.” She doesn’t disappoint. #KillingEve

To find this spot by the canal, search for Museum Het Grachtenhuis, Amsterdam. pic.twitter.com/EH73ZHsQo7

We weren’t lying when we said that ‘Killing Eve’ is a “globetrotting thriller.” Apart from London, Paris, Amsterdam and Bucharest, the show has been filmed in various other places like Tuscany and Barcelona. In Tuscany, filming was carried out in Casole d’Elsa in Siena, Villa Lusso Grande and Bar Garibaldi in Colle di Val d’Elsa (the ice-cream scene).

The opening scene, in an ice cream parlour in ‘Vienna’, is the perfect introduction to Villanelle’s playful audacity. Most #KillingEve fans, including myself, were completely hooked from this moment on.

It was actually filmed at the Bar Garibaldi in Colle di Val d’Elsa, Tuscany. pic.twitter.com/RgtP1McDVK