Where Was Killing Hasselhoff Filmed? 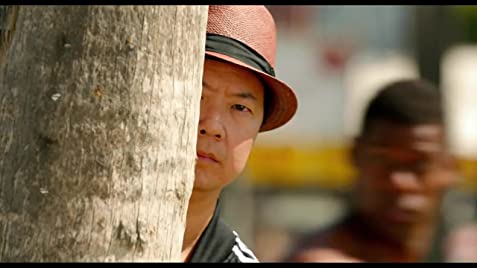 A lot of comedy movies focus on the conflict of chasing money. After all, making quick money is a rather immature idea, unless something shady is involved, of course. It is exactly this kind of shadiness that comedy movies employ in order to extract hilarious circumstances. One such movie that attempts to tickle viewer’s funny bone through its depiction of a protagonist chasing money through illegal means is 2017’s ‘Killing Hasselhoff.’ It is easy to guess what the illegal activity to earn quick money is from the title.

The film revolves around a struggling nightclub owner who has racked up a rather huge debt with a loan shark. Like most loan sharks, this one is quite threatening as well. Hence, in order to raise some money to pay off his debt, the nightclub owner decides to participate in a “celebrity death pool.” He tries to kill David Hasselhoff for it. However, killing someone is not as easy as it may sound. Killing a celebrity is even harder for obvious reasons. Yet, the owner gives it his all. Hilarity ensues as his plans do not go according to plan.

Ken Jeong leads the cast, playing the character of Chris, Jeong has become an extremely prominent face in the world of comedy (and even otherwise) due to his multiple appearances in prominent productions. Some of these productions include ‘Community,’ ‘Dr. Ken,’ ‘Role Models,’ and ‘Knocked Up.’ David Hasselhoff plays himself in the 2017 film. Other cast members include Jim Jeffries, Cotton Dunn, and Dan Bakkedahl.

The movie’s setting does not really play that much of a role in the story. Hence, it could have been filmed anywhere. Yet, it is natural for viewers to wonder where Killing Hasselhoff has been shot.

‘Killing Hasselhoff’ has been entirely filmed in the state of California. For a story wherein the setting does not have much impact on the plot, it would generally be more feasible to shoot in California. Filming was carried out in a bunch of different places in the state.

Flashback to the filming of "Killing Hasselhoff", which is set for release this year. pic.twitter.com/nNDrQMUd8H