Will There be Killjoys Season 6 or is it Cancelled? 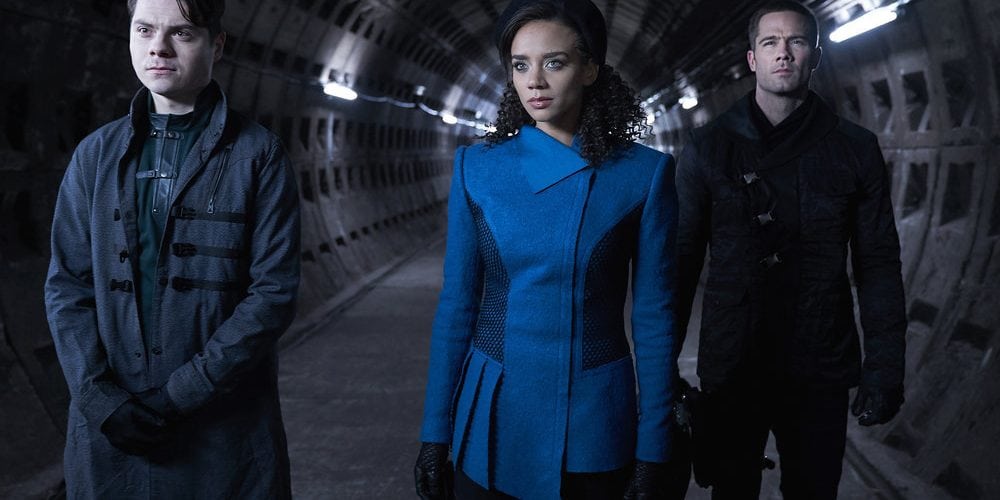 ‘Killjoys’ is a Canadian science fiction space adventure drama series that airs on the Space channel and first premiered on June 19, 2015.  It has been created by Michelle Lovretta, with SyFy as one of the co-producers. The show revolves around three bounty hunters who work in Quad, a planetary system which is on the brink of interplanetary war. We see this fun-loving trio trying to remain impartial as they chase down deadly targets.

The show sets up a rather complex universe and has all the major sci-fi tropes which ultimately does not bring anything new to the table. However, at its heart, the main characters capture the essence of fun that has always drawn audiences to the genre. Critics too noted this, with one, saying, “If wanting to watch fun, quippy characters get into scrapes and survive by the skin of their teeth, on spaceships and alien planets, is wrong, I don’t want to be right. ‘Killjoys’ has just the right mix of guns, high-tech knives, assassins, cage fights, missions to hostile planets, dark secrets, tiny robot weapons and general space headbutting thrills to be the perfect treat for Friday nights.”

The show has had five successful seasons so far. Now the question is, will there be a ‘Killjoys’ season 6? Here’s everything we know about it.

What is the Cast of Killjoys?

Coming to the characters themselves, Dutch is a level five RAC agent who was also raised by a RAC Officer called Khylen. She seems to have a secret history that is explored over the seasons. The Jaqobis are siblings. Johnny starts off as a level three agent but later becomes a level five agent. He has been Dutch’s partner for six years and handles all the technical sides of the missions. D’avin is shown to be a former soldier and experienced fighter. As Johnny’s older brother, he joins the team to help both him and Dutch.

What is Killjoys About?

‘Killjoys’ is driven by the excellent chemistry between the leads, which is evident in the snappy dialogues they exchange. The show has only built on this strength over the seasons, recognizing it as one of the unique points of attraction. The name Killjoys is a nickname given to RAC agents or Reclamation Apprehension Coalition agents. They basically serve as law enforcement and can collar and serve warrants to criminals. Since the planetary system where they are working seems to be on the brink of war, there is a tension whether the team can remain neutral.

While Dutch is initially confident of remaining neutral, she and the team find themselves increasingly drawn to violent conflicts, wherein they realize that neutrality is no longer a realistic option. Although they usually find themselves fighting for the underdogs, they have bosses to answer to as well. This leads to the problem of the team having to walk a fine line between enforcing a peace which is unfair, and actively assisting those who are trying to consolidate to lead a revolution.

Keeping true to the sci-fi genre, the show tackles some valid social concerns by asking questions of class oppression, political representation, and corporate overreach. It also depicts how aristocratic families pull the strings behind the scenes in the halls of power to allow an omnipotent government form called the Company rule the planetary system of Quad.

The series remains a well made escapist television show which does not shy away from some intelligent underpinning of relevant matters. However, what really carries the series forward is the energetic vibe of the lead characters, which is why we cannot wait for the upcoming season. Hopefully, it will continue in a similar manner and perhaps even manage to outdo its excellent run over the past seasons.

The Guardian has a fun take on the show, saying, ” ‘Killjoys’ also offers respite from the current heavy weather of prestige TV: think of it as a rollicking tequila slammer between episodes of elliptical head-wrecker ‘Twin Peaks‘, ‘The Handmaid’s Tale‘ or that final season of ‘The Leftovers‘. It’s a torrid summer fling waiting to happen…If you mourn the early cancellation of ‘Firefly‘ – and it seems a lot of people still do – ‘Killjoys’ seems designed to scratch that Whedon itch. It’s sexy, heartfelt and fun.”

Is Killjoys Renewed or Cancelled For Season 6?

Killjoys Season 5 premiered on July 19, 2019, on Syfy and came to an end on September 20, 2019. As far as the next season is concerned, we have not so great news for the fans. When renewing the show for its fourth and fifth season, the network had also revealed that the show will come an end after season 5. So, as it stands, Killjoys Season 6 is cancelled. Of course, there is always a chance that some other network picks up the show. But the possibility of that happening is very slim.

Check out the trailer for ‘Killjoys’ season 5 below.