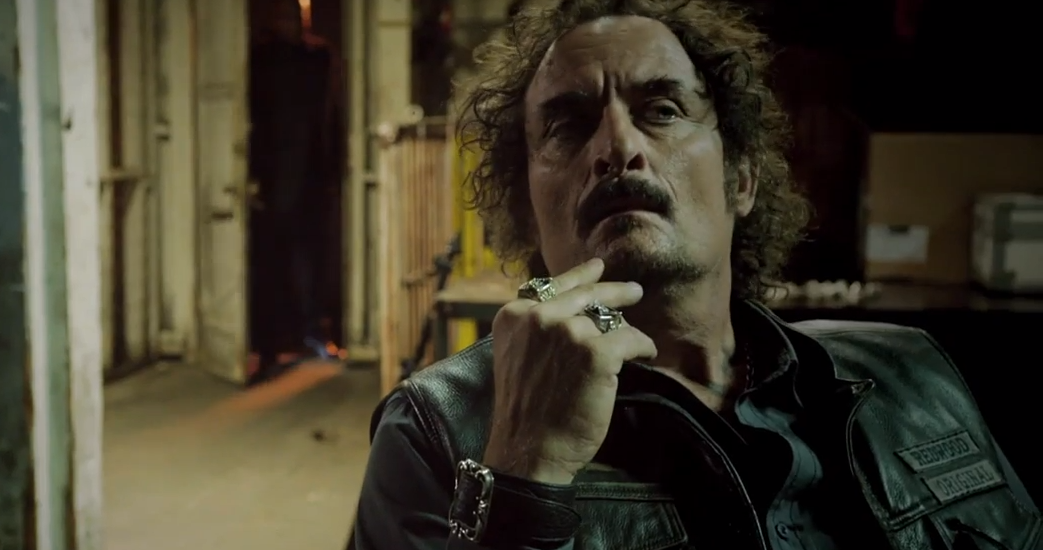 Canadian-American actor Kim Coates is a familiar face in both Canadian and American television as well as movies. He kick-started his acting career in 1986 with the Canadian film ‘The Boy in Blue’, a biopic. He appeared in ‘Last Man Standing‘ as Mr. Regan in 1987. The role of a gangster in the American crime drama series ‘Miami Vice’ in 1987 earned him a significant breakthrough in his career. His character Tony Dicarlo in the 1988 Canadian Comedy ‘Palais Royale’ made him popular in his home country. The actor played the role of Scott in the Canadian-American sci-fi television series ‘War of the Worlds.’ The year 2008 saw him featuring as lead star and executive producer of the critically acclaimed ‘The Poet.’ The movie won the Best Picture and Best Director (for Damian Lee) awards at the New York Staten Island Film festival.

Kim was chosen for the Half-Life Achievement Award for acting in 2009. He also starred in the Broadway production, ‘A Streetcar Named Desire’ as Stanley Kowalski. Coates performed as the titular role of Macbeth at the Stratford Theatre in the same year. The actor has appeared in more than fifty plays in the U.S. In 2010, Kim got one of the biggest blockbusters in his acting career, the 3D flick ‘Resident Evil Afterlife,’ in which he appeared alongside Mila Jovovich. His stellar performance in the 2012 sports comedy ‘Goon’ earned him widespread critical acclaim and a nomination for the Best Performance by an Actor in a Supporting Role at the 2013 Canadian Screen Awards. Kim played the role of Ronnie Hortense alongside Seann William Scott, Liev Schreiber and Jay Baruchel.

The actor got his next big breakthrough with the FX hit series ‘Sons of Anarchy.‘ Coates played the popular character of Tig Trager in the series. Kim plays the incumbent Vice President and former Sergeant-at-Arms of the Sons of Anarchy Motorcycle Club Redwood Original (SAMCRO), Charming, California charter. He is known for his fondness for women and is also a mechanic with a Midas touch. He maintains a deep emotional bond with the club, its former President Clay Morrow and Clay’s wife Gemma. Tig is in a complex relationship with former President of the club, Jax Teller. Tig’s use of arms and violence are often contemptible in nature and he isn’t really the most likable character. However, the character has appeared in all seven seasons of the series.

Kim starred in three movies in 2013, ‘Rufus,’ ‘Ferocious’ and ‘The Dark Truth.’ In 2018, he returned to stage for his first stage role in thirty years. He played Johnny “Rooster” Byron in the play ‘Jerusalem’ by Jez Butterworth. He also won the Dora Mavor Moore Award for Outstanding Performance by a Male in a Principal Role-Play (Large Theatre) at the 2018 Dora Awards. At the 7th Canadian Screen Awards, Coats won the award for Best Actor in a Continuing Leading Dramatic Role for his breathtaking portrayal of Declan Gardiner in the television series ‘Bad Blood.’ So at this point, you might be wondering what is the next Kim Coates movie or TV show? Well, here’s the list of upcoming Kim Coates films and TV shows scheduled to release in 2019 and 2020. We can only hope that the latest Kim Coates movies would be as good as some of his recent ones. 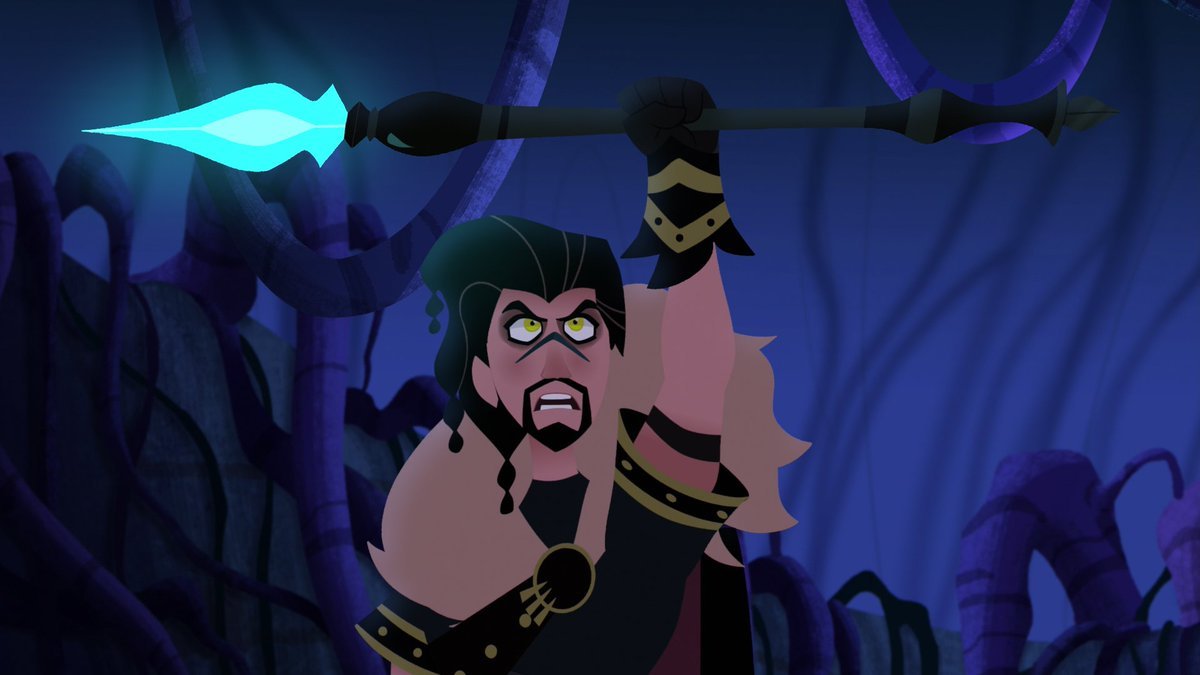 Disney’s popular animated comedy series ‘Tangled: The Series‘, also known as ‘Rapunzel’s Tangled Adventure’, is the follow-up to the 2010 hit film ‘Tangled.’ Zachary Levi and Mandy Moore return to voice Eugene and Rapunzel, respectively, in the series. Eden Spinosa also reprises her role of Casandra, Rapunzel’s friend. The other voice cast includes Clancy Brown and Julie Bowen. Kim Coates voices the recurring character Hector who was introduced in the episode ‘Rapunzel and the Great Tree.’

According to Collider, Hector is known for his ruthless and sadistic nature. He is a skilled warrior who has sworn to protect The Dark Kingdom at any cost. He keeps the Moonstone safe from intruders and always stays with the Great Tree. He clashes with Rapunzel and friends in the episode ‘Rapunzel and the Great Tree.’ Rapunzel uses the Moon Stone’s incantation to destroy the tree and the plants, which inadvertently affects Hector. He calls Adira a traitor before collapsing. The episode ends with Adira saving Hector from a fall and he is carried away by his pets. 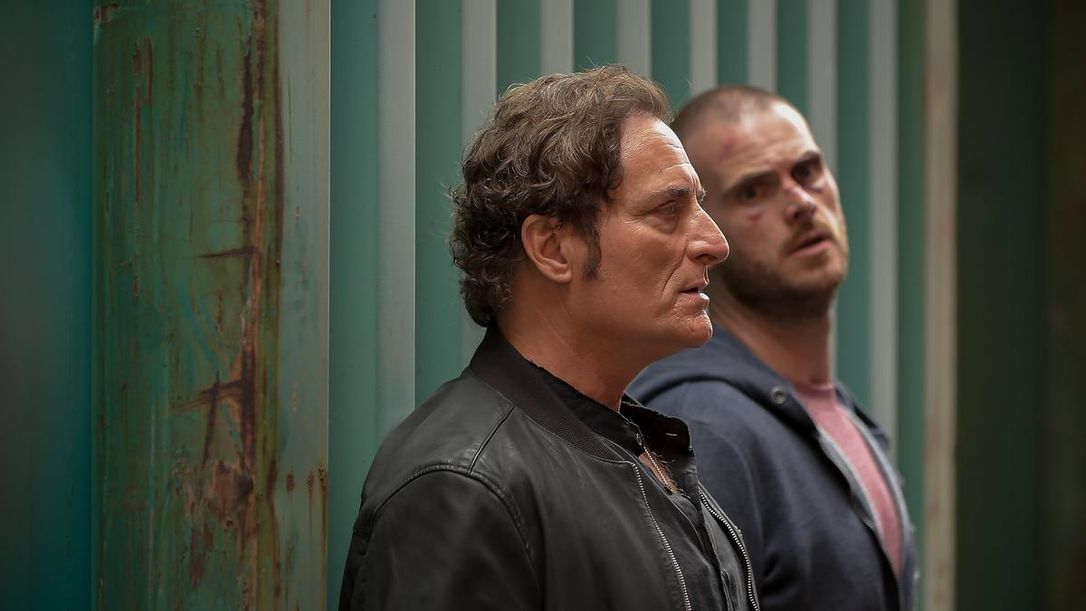 ‘Fantasy Island’ is an upcoming horror-comedy film based on the hit series of the same name on ABC in the ’70s and 80s. Michael Pena plays the lead role of Mr. Roarke, the host of the mysterious isle in the cinematic version. He grants the limitless fantasies of his guests to the island for a price. Jimmy O. Yang, who is known for ‘Crazy Rich Asians’, also plays a major role in the movie. Lucy Hale plays one of the guests who is apprehensive about her fantasy. Kim Coates reportedly portrays the iconic role of Devil Face in the film. But more details of the character haven’t been revealed yet. The devil had appeared in the original television series demanding one of the guests’ souls instead of Roarke’s. But the connection between the real devil and Devil Face played by Coates is under tight wraps. The movie is directed by Jeff Wadlow from a screenplay written by Jillian Jacobs, Chris Roach and Wadlow. ‘Fantasy Island’ is lined up for a February 28, 2020 release.