Where is Kim Goldman Now? 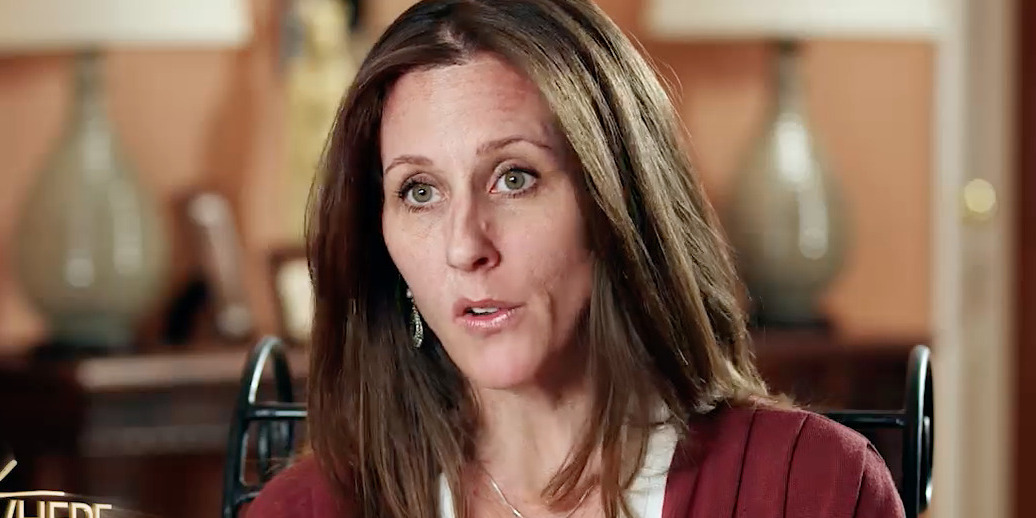 The Nicole Brown Simpson and Ronald Goldman double homicide was a tragic event that occurred in 1994 in Brentwood, Los Angeles. To call the subsequent trial, a sensational one would be an understatement. Although former athlete and actor O.J. Simpson was the prime suspect, a jury eventually acquitted him on all counts. The verdict was quite a controversial one as well, and Investigation Discovery’s ‘OJ and Nicole: An American Tragedy’ revisits the case. Let’s take a look at how Ron’s sister has coped with her loss since the unfortunate incident!

Who is Kim Goldman?

Kim Goldman is Ronald Lyle Goldman’s sister. Before the tragic stabbing that took her brother’s life, she was working towards her goal of becoming a child psychologist at San Francisco State University. Her website reveals that in the aftermath of the “Trial of the Century,” she abandoned this dream and built her life from scratch. She first worked in the television industry, but eventually, she found her true calling in the non-profit sector.

According to Kim’s LinkedIn profile, she worked as the State Director for Best Buddies California, from 2003 to 2005, an organization that serves people with mental or intellectual disabilities. She also got the opportunity to put her thoughts out there for everyone to read while she was blogging for The Huffington Post from 2013 to 2015. Apart from this, she also worked as the Marketing Manager for Pallotta TeamWorks and as the Communications Manager for Cure Autism Now.

Kim has always been vocal about the entire experience from the very start. In an interview, she recalled the moment she received the devastating news, stating, “I remember falling to the ground, screaming and crying.” Her father had told her that Ron was attacked and stabbed to death when he was with his friend, Nicole Brown. Furthermore, Kim also worked on a podcast called ‘Confronting: O.J. Simpson,’ which she stated was an outlet to confront her fears and anxiety. 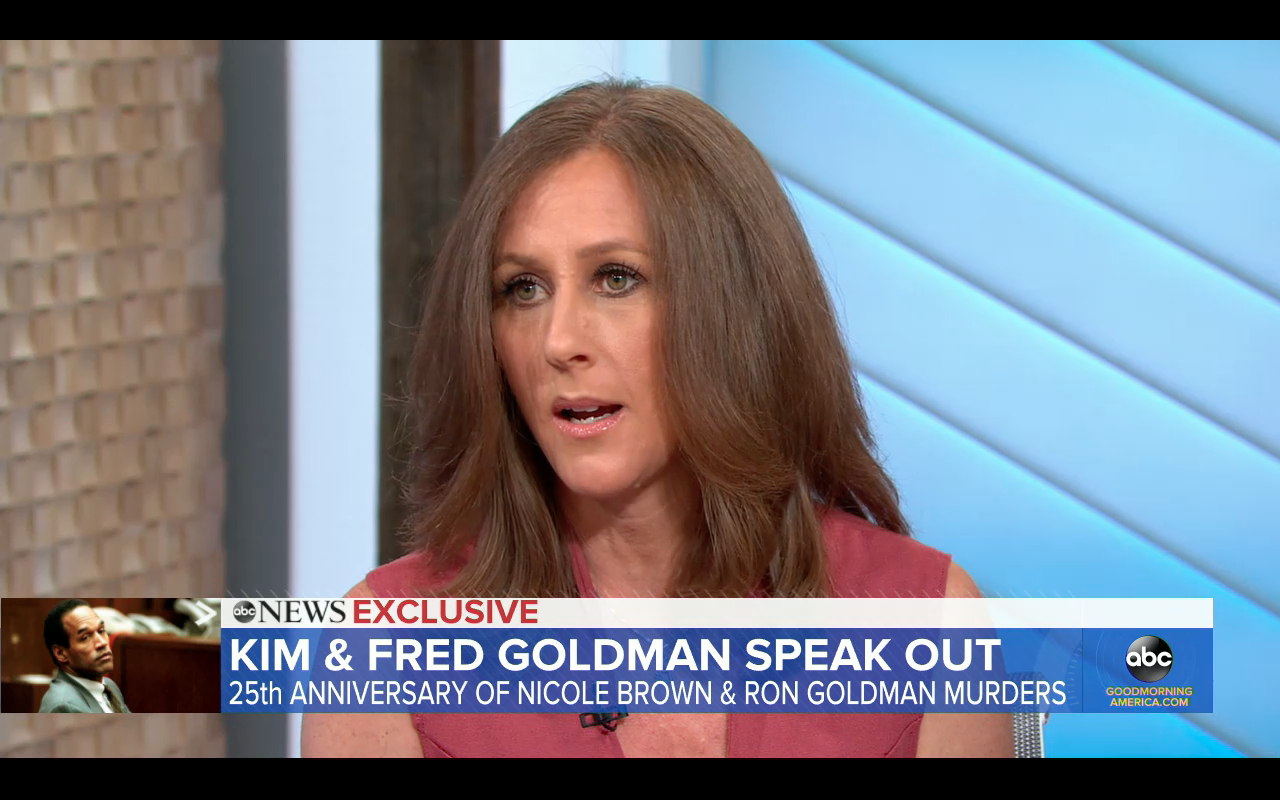 While researching for the podcast, Kim felt that it was essential to go the right sources. She interviewed many prevalent people, including prosecutor Marcia Clark and Detective Tom Lange. Furthermore, she also spoke to two jurors who allegedly told her that the 3.5-hour deliberation was a coverup. She stated, “They corroborated what my dad and I always thought — which was that they didn’t do their job. They pulled testimony just to cover up that they always knew what their answer was when they went into that jury room and they wasted our time for three-and-a-half hours.”

Where is Kim Goldman Now?

Kim was married to Michael Hahn from 2001 to 2005. They have a son together, named Samuel Ronald Hahn, who is now 17. She has reiterated how much she loves spending time with her son. Her Instagram profile reveals that she is also a canine mother to three dogs named Bodie, Tilly, and Ace. Apart from this, she is an accomplished writer, guest speaker, and advocate. Presently, she serves as the Executive Director of the Santa Clarita Valley Youth Project, according to her LinkedIn profile. Moreover, she is the founding co-chair of the Ron Goldman Foundation for Justice.

Kim is a New York Times bestselling author as well. She published ‘His Name is Ron, Our Search for Justice,’ a book that reveals a lot about her deceased brother and the subsequent legal process that followed. In 2007, she also wrote two chapters for the acclaimed book ‘If I Did It, Confessions of the Killer.’ In 2014, she published her memoir called ‘Can’t Forgive.’

In the following year, she spoke about the limelight surrounding the trial in her book called ‘Media Circus, a Look at Private Tragedy in the Public Eye.’ Furthermore, she has appeared on many segments of CNN, ABC, Dateline, Primetime Live, Dr. Phil, and Larry King. Multiple publications such as Time, The New Yorker, Vanity Fair, People, Newsweek, The Washington Post, and Los Angeles Times have also been interested in what she has to say.

In an interview, Kim said, “I think the misconception people have about me is that I am angry all the time, that I cry all day long, that I wake up and my day consists of how I can stick it to the killer. People, when they see me for a 10 second soundbite on television being upset about something, they assume that I am stuck in the same place I was 21 years ago.”

She has also stated that since the case has always been in the public eye, she doesn’t have the luxury of simply moving on. She explained, “Closure isn’t a word that resonates with me. I don’t think it’s applicable when it comes to tragedy and trauma and loss of life.” However, it is evident that though she has suffered an unimaginable loss, she has also accomplished a lot in her life.

Read More: Where Are OJ and Nicole Simpson’s Children Now?