Who is King Uther Pendragon? Was He A Real King? 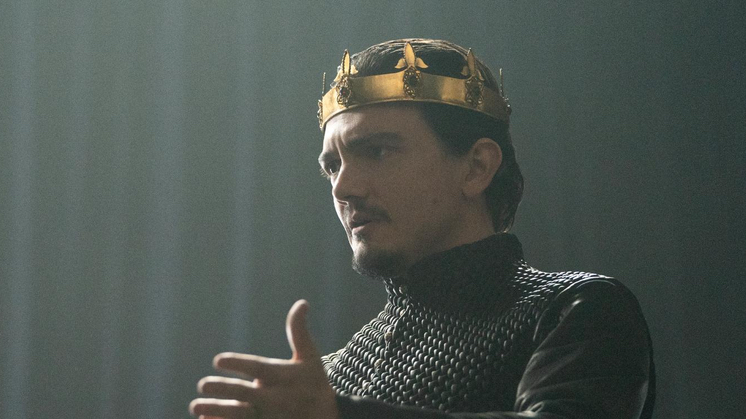 Netflix’s ‘Cursed’ is a fantasy drama that gives a fresh twist to the legend of King Arthur and the famous sword, Excalibur. The show is different from previous adaptations as it does not try to stay too close to the original story. It reimagines the ages of the characters as well as reforms the relationships between them. Something similar happens with King Uther Pendragon. He is presented as an illegitimate king who doesn’t have any relationship with Arthur. He is one of the antagonists in the story, but the legends don’t paint him so. Here’s all you need to know about him.

Who was King Uther Pendragon?

According to the Arthurian legends, Uther was the youngest son of King Constantine III. His eldest brother, Constans, succeeded their father after his death but was killed when their adviser Vortigern turned against them. Uther and his older brother, Aurelius Ambrosius, had to flee Britannia when they were still children. Years later, they returned to reclaim the throne. Vortigern was killed by Aurelius, who then became the king.

It was after Aurelius was assassinated by their enemies that the responsibility of the throne fell on Uther. This was also the time when he met Merlin, a druid who became his principal advisor. According to one story, Uther and Merlin traveled to Ireland and brought the standing stones, then known as Giant’s Dance, to England and formed the monument that is now known as the Stonehenge. It is also believed that this is where Uther was buried. Merlin also helped Uther in seducing Igraine, the wife of Gorlois. This led to a war, and after Gorlois was killed Uther and Igraine got married and had a son named Arthur.

While the legends of King Arthur and other characters in the story are well-known, there is no concrete evidence that proves the existence of these characters. Historians are divided in their view of the legends, with most leaning towards them being the figment of a storyteller’s imagination. However, there are others who believe that King Uther Pendragon was, in fact, a real person, and the obscurity around him increased after he was associated with fantasies and fairy-tales.

The best-known mention of Uther comes from Geoffrey of Monmouth’s Historia Regum Britanniae (1136). His family is also based on historical figures, like Constantine III who was a real ruler at the beginning of the 5th century. His son was named Constans. There is also a figure by the name of Ambrosius Aurelianus, but no clear connection is established between him and Constantine.

Before Geoffrey’s work, Uther’s name can also be found in the Welsh poems, some of which date back to the 6th century. The lack of more information, written or otherwise, is also attributed to the Dark Ages where most stories were handed down verbally rather than having been kept in written records. This provides shaky facts to historians but also opens the doors of several possibilities that the storytellers have used to their purpose over the years.

The name of Pendragon has also been associated with the Pendragon Castle at Mallerstang, which according to the legend was founded by King Uther. In 2016, The Independent reported an archeological find of a royal palace at Tintagel in Cornwall. It is believed to date back to the 6th century, which, interestingly, brings it in the same timeline as the Arthurian legends. According to the stories, it was here that Uther and Igraine conceived Arthur. Though it doesn’t exactly prove that the legends were real after all, it does provide something for the supporters of the legends to latch on to.