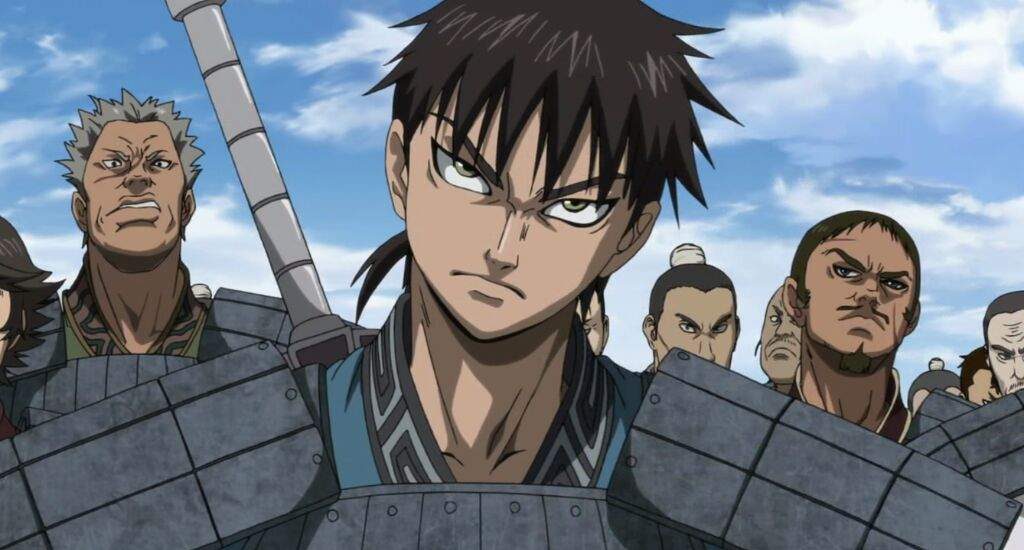 Animated by Studio Pierrot, which is also known for creating other well-known anime like ‘Tokyo Ghoul‘ and ‘Naruto‘, ‘Kingdom’ is a gritty historical drama that has everything from epic wars to a heavily political storyline. Though it is not as popular as other mainstream anime shows because of its heavy use of CGI in its season 1, at this point of time, it probably has the fastest growing fanbase.

While most anime shows feature unrealistic war scenarios that are mostly driven by the emotions of the characters, ‘Kingdom’ heavily relies on incredible strategies and dwells deep into the psychology of all of its characters. With each season, so far, this anime has only been getting better and now that season 3 has been announced, we can’t help but feel exhilarated about what it might bring to the table. That being said, here is everything we know about its ‘Kingdom’ season 3.

Kingdom Season 3 Release Date: When will it premiere?

In a post on the anime’s official twitter account, it was announced that ‘Kingdom’ season 3 has been scheduled to release in April 2020 and will continue adapting Yasuhisa Hara’s original story.

The manga author has also stated that he will now be working closely with a new team. So there’s a high chance that Studio Pierrot may not return with this season. The official website of the anime also claims that this time around, regardless of what the story is about, its animation will very well meet the expectations of all fans. As of now, this is all we know about its renewal and no other details have been revealed but as soon as we get any confirmed news regarding it, we will update it here in this section.

The English Dub of ‘Kingdom’ is available on Funimation.

Set in the Warring States Period of China, ‘Kingdom’ centers two war orphans, Xin and Piao, who dream of becoming the “Great Generals of the Heavens” someday in order to rise above their dreadful lives as slaves. But soon, the two of them are forced to part ways after Piao is recruited by a retainer of the King. With this, he is forced to leave Xin behind and moves to the royal palace. In the aftermath of the coup d’état, Piao, in a half-dead state, finds his way back to Xin and together they set out to meet China’s young King, Ying Zheng. After discovering the secrets of the young King, Xin himself becomes a major part of the war and now, more determined than ever, he whittles a path of his own that will lead him to become the “Great Generals of the Heavens”.

Xin (referred to as “Shin” in Japanese) is the main protagonist of the series who is a war orphan. Along with his best friend Piao, he grew up as a slave and has always been extremely hotheaded and brash. But despite that, he has a heart of gold and is always able to motivate all of his comrades. Even when his enemies are much stronger than him, he shows immense courage and without any hesitation, he charges at them. When it comes to his friends, he can do anything for them and often puts his own life on the line just to keep them out of danger. He also has a very charming personality and despite his poor background, he is easily able to impress even the greatest war Generals with his presence.

Xin and Piao (Hyou) were raised as brothers and as kids, both of them nourished the dream of becoming the greatest Generals China has ever seen. But after Hyou’s death, it all comes down to Xin to make this dream a reality. Hyou’s last words to him, “take me those heights”, stick with Xin for a very long time and he is always able to draw inspiration from his friend’s dreams. When it comes to his appearance, Xin initially sports short spiky hair with a rat-tail at the back. As he grows up, his facial features become more profound, his hair grows longer and even his body becomes more muscular.

Ying Zheng, known as Ei Sei in the Japanese version, is the 31st king of the state of Qin. In appearance, Ying looks a lot like Piao with his long black hair and deep brown eyes. He has a slender yet muscular physique and is usually seen dressed up in military uniforms during battles. Though quite level-headed, Ying is brutally cold and shows no remorse in killing those who betray him. Later, when he starts working with Xin, he coldly claims that he is only using him like a sword and will not be treating him as a human. Even then, when Xin collapses from exhaustion, Ying carries him on his shoulder without complaining about it at all. With time, the Ying really starts trusting Xin as a warrior and even sends him to reclaim the Royal Hall.

For a long time, Ying believed that there are no good people in the world because of all the abuse that he faced as a child. Haunted by the demons of his past, he would often keep a cold demeanor around most people. However, after meeting Shika, his whole perception of the world begins to change and he realizes that there is still some hope in the dark world he lives. He begins to feel more and sets out to be a better person. Even his relationship with Xin improves later on where both of them see each other as rivals but always manage to maintain some healthy competition. They stick with each other through thick and thin and even celebrate each others victory when necessary.