Where is Kirsten Perez from My 600-lb Life Today? 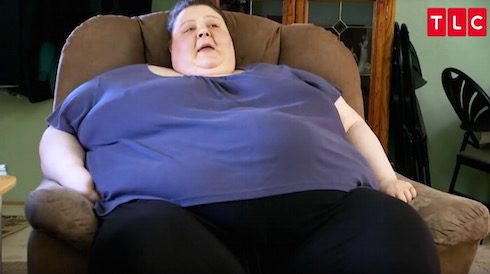 TLC’s ‘My 600-lb Life‘ documents the year-long journey of morbidly obese individuals as they try to lose weight to become a fitter and healthier version of themselves. The show may just be another reality TV entertainment show for us, but for the individuals who come on the show, it is a way to deal with their problems and become better than who they are.

Trauma is an issue that, when undealt with can take monstrous forms. While some seek medical help or turn to meditation or yoga, some go the other way and find temporary solutions that lead to disasters. One such temporary solution to trauma is addiction. And that is exactly what happened for Kirsten.

Who is Kirsten Perez and What’s Her Story?

We were first introduced to Kirsten Perez on season 5, episode 4 of ‘My 600-lb Life.’ Her 612 lb weight made it almost impossible for her to function and live life normally, and when you add her low confidence on top of that, life was hard for her. At the beginning of the episode, she said, “I just want to go to sleep and not wake up. I dread waking up. I feel like I’m in jail – a prisoner in this fat, a prisoner of what I’ve done to myself.”

Her addiction problems and her un-supportive family didn’t do anything to help her either. She revealed that although food is the addiction that stuck, it wasn’t her only addiction in the past. “I was doing drugs and smoking a lot of pot, a lot of acid, meth here and there, and I still didn’t slow down my eating…My father didn’t hesitate to point out that I was gaining so much weight, which made me feel even more rejected, and I’d run to drugs and food and my family didn’t know how to deal with it.”

So, she finally went to Dr. Now in Houston to get the help she needed.

Where is Kirsten Perez Now?

When Kirsten reveals to Dr. Now that she was gang-raped when she was just 17 years old, he realizes that the trauma caused by that incident is the reason she got into this mess. He tells her straightforward that she needs to go to a therapist stating: “Let me be clear — you go to a therapist or there is nothing more I can do for you. Outside of a medical emergency, we are done. Do you understand me?”

Fortunately, Kirsten listens to Dr. Now and seeks the help of psychiatrist Lola Clay, who tells her that she should focus on the positive sides of her life and let of the notion that she is “just as culpable as the perpetrators.” Therapy sessions help Kirsten move on, following which she is able to receive the gastric sleeve surgery that would help her cut down her weight.

In the year she appeared on the show, Kirsten lost a total of 170 lbs. The good news that going by her recent Facebook posts, is still losing weight. She moved back to Washington to be with her family after her year in Houston, and hopefully, now she knows that she needs to take care of herself and deal with her problems head-on if she wants to live a happy, healthy life.

Kirsten isn’t very active on social media or interactive with fans, but we hope that her weight loss journey keeps getting better and that we can see her soon on a Where Are They Now? follow-up episode.

Read More: Where is Leneatha Reed From My 600-lb Life Now?