Kodi Smit-McPhee has an impressive portfolio before he crossed the ’20s mark. The Australian actor started acting at the age of 9. What began as student films for fun gradually escalated to TV movies. Though he was not sure about where he was going with the acting jobs, Smit-McPhee chose to flow with the momentum which took him straight to Los Angeles. The actor was always keen to do what works for him. Soon, he landed his breakthrough role alongside Eric Bana in the 2007 movie ‘Romulus, My Father.’ His performance as the character Raimond earned him the Young Actor’s Award by the Australian Film Institute. In 2009, he played the lead role in the movie ‘The Road,’ along with Viggo Mortensen. Smit-McPhee got nominations for AFI’s Best Actor Award and Broadcast Film Critics Association’s Best Young Actor Award. The young actor also earned critical acclaim and award nominations for the 2010 movie ‘Let Me In.’ The first three roles turned Smit-McPhee into an art-house favorite and a rising star.

Smit-McPhee joined the blockbuster league with the 2014 movie ‘Dawn of the Planet of the Apes.’ He played a major role alongside Andy Serkis, Jason Clarke, Gary Oldman, and Keri Russell. The movie was the second collaboration between Smit-McPhee and filmmaker Matt Reeves, who previously directed him in ‘Let Me in.’ ‘Dawn of the Planet of the Apes’ went on to become a huge success and earned over $700M worldwide. The Sundance hit ‘Young Ones’ from director Jake Paltrow featured Smit-McPhee in the lead with Michael Shannon, Nicholas Hoult and Elle Fanning. The movie was met with positive reviews from critics for the stunning performances.

Smit-McPhee continued his Sundance honeymoon in 2015 with ‘Slow West’ directed by John MacLean. He starred opposite Michael Fassbender and Ben Mendelsohn in the movie, which received the World Cinema Grand Jury Prize at the festival. The actor joined the ‘X-Men‘ universe as Nightcrawler with ‘X-Men: Apocalypse‘ in 2016. When asked about the experience of growing up in the world of cinema, he once said that he just followed the momentum. “It was all done in the best and the most natural way”, he said.

Smit-McPhee has evolved as an aspiring music producer, rapper, poet, short-story writer, and photographer over the years. He considers art as the last refuge in a weird world and a mirror to reflect who he is. The actor is always keen to grasp every vibration of art around him to relate it with his existential quests through the worlds of high-fashion, Hollywood or music. Now you must be wondering what is the next Kodi Smit-McPhee movie or TV show? Well, here’s the list of upcoming Kodi Smit-McPhee films and TV shows scheduled to release in 2019 and 2020. We can only hope that the latest Kodi Smit-McPhee movies would be as good as some of his recent ones. 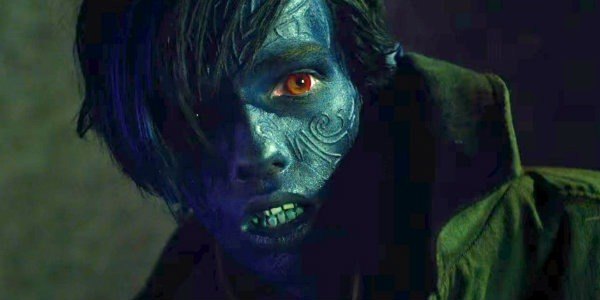 Kodi Smit-McPhee returns as his iconic character of Nightcrawler a.k.a. Kurt Wagner in the ‘X-Men‘ spinoff movie ‘Dark Phoenix.’ Nightcrawler is known for his superhuman agility and teleportation power. In ‘X-Men: Apocalypse,’ Nightcrawler risked his life to save Xavier from Apocalypse’s mind transfer attempt and the entire ‘X-Men’ team from a plane crash. He emerged as a brand-new ‘X-Men’ at the end of the movie. Smit-McPhee appeared in a brief cameo in ‘Deadpool 2’ too. He reprises his role in the upcoming ‘Dark Phoenix’ along with Tye Sheridan, James McAvoy, Michael Fassbender, Nicholas Hoult, Evan Peters, and Jessica Chastain. The movie centers on Jean Grey/Dark Phoenix (played by Sophie Turner) and her struggles to deal with the enormous power acquired after the tragic accident in outer space. Longtime ‘X-Men’ writer Simon Kinberg makes his directorial debut with the movie. ‘Dark Phoenix’ hits theaters on June 7, 2019.

Kodi Smit-McPhee is set to play the lead role opposite Kyle Gallner in the upcoming CBS All Access series ‘Interrogation.’ The true-crime drama series is based on the story of a young convict (played by Gallner) who is charged with the murder of his own mother. He is sentenced to a life term behind the bars. While the man battles with the hostile prison system to prove his innocence for the next couple of decades, the viewers can choose to watch his story in a non-linear fashion. The narrative jumps back and forth in time and provides a kaleidoscopic view of the internal and external lives of inmates. Smit-McPhee portrays the character of a homeless drug addict who befriends Gallner’s character at a rehabilitation center, reports Deadline. Peter Sarsgaard and David Strathairn also star in the series. It is created by John Mankiewicz and Anders Weidemann. 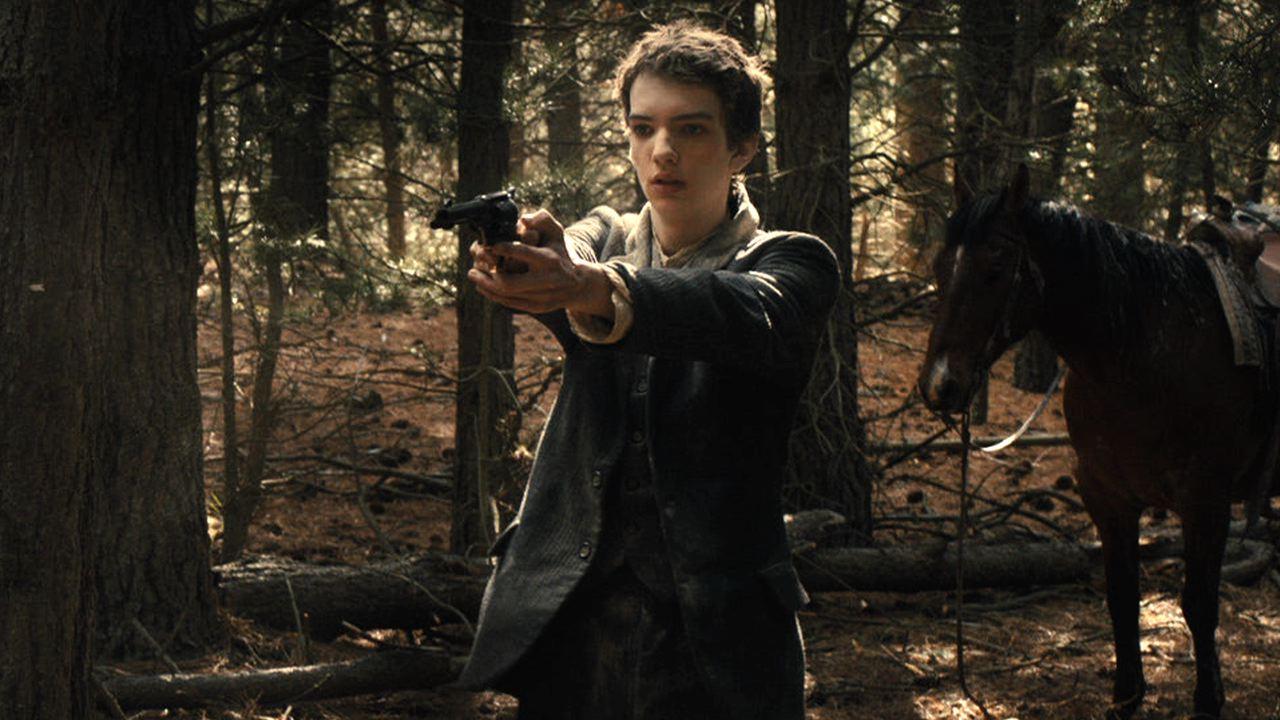 Netflix’s upcoming biographic comedy-drama ‘Dolemite is My Name’ stars Eddie Murphy as Rudy Ray Moore, the Godfather of Rap who adopted the alter ego Dolemite in his rap albums. Described as a blaxploitation biopic by Netflix, the movie explores Moore’s alter-life as Dolemite who put all the earnings from his comedic rap albums to the production of the blaxploitation film titled ‘Dolemite’ about a pimp who locks horns with a heady nightclub manager with the support of his Kung Fu prostitutes. The movie becomes a huge success and is hailed as a milestone in the history of the blaxploitation genre.

Keegan-Michael Key plays the role of a writer who is hired by Dolemite to adapt the screenplay for his dream movie. Smit-McPhee portrays the character of Nick in the movie. The cast also includes Wesley Snipes, Mike Epps, Craig Robinson, Tituss Burgess, Da’Vine Joy Randolph and T.I. ‘Dolemite is My Name’ is directed by Craig Brewer from a screenplay by Scott Alexander and Larry Karaszewski. The biopic is expected to hit the screens in 2019. 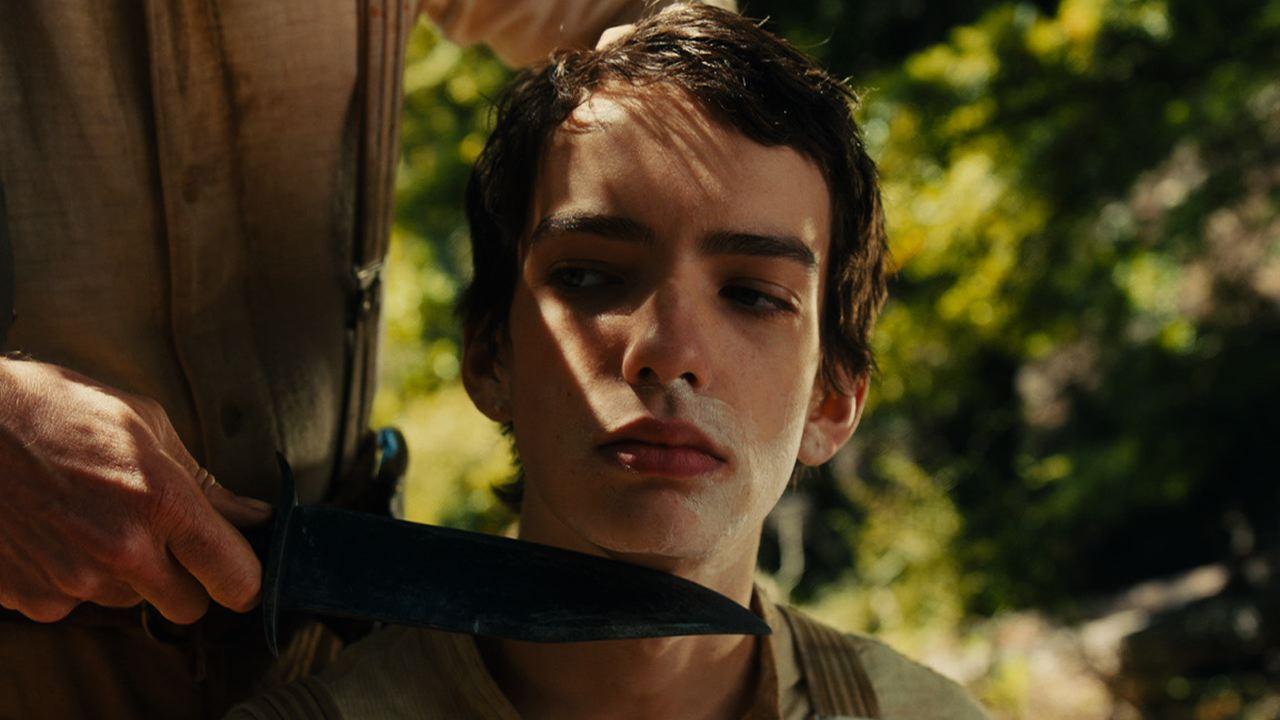 ‘2067’ is an upcoming sci-fi thriller starring Kodi Smit-McPhee and Ryan Kwanten in the lead. Set in a dystopian Earth where every tree is uprooted and the atmosphere is dried out of Oxygen, the movie follows Ethan Whyte (played by Smit-McPhee), a tunnel worker who traverses through time. When he embarks on a secret journey, it makes him rethink about the meaning of existence and the future of humanity on Earth. Kwanten plays the role of Jude Mathers who is Ethan’s protector and companion in his self-retrospection process. Aaron Glenane, known for ‘Snowpiercer,’ Finn Little, known for ‘Storm Boy,’ Deborah Mailman, Damian Walshe-Howling, Leeanna Walsman, and Matt Testro play major roles in the film. ‘2067’ is written and directed by Seth Larney of ‘Tombiruo’ fame.