Who is Kody Antle? Where is Doc Antle’s Son Now? 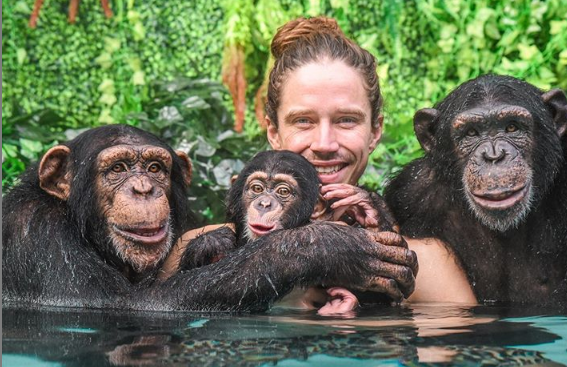 Netflix’s ‘Tiger King‘ has introduced us to an assortment of eccentric characters. We understand that not many people might relate to big cat owners, which is why Joe Exotic fascinates us. However, Bhagavan ‘Doc’ Antle is also one of the big cat owners, introduced to us.

He runs The Institute for Greatly Endangered and Rare Species or T.I.G.E.R.S. He has inspired Joe Exotic, and the docuseries also shows how Antle has touched several lives. Among them, is his son, Kody Antle. Since Kody only appears in the docuseries for a short while, you might be curious about where he is now. We have got you covered in that regard.

Who is Kody Antle?

Kody is Doc Antle’s 30-year-old son, who is referred to as a real-life Tarzan. Kody has admitted that he’s been around animals since the day he was born. In fact, his Twitter bio reads “Raised with tigers in my crib and living with them every day of my life.”

He spoke to AOL saying, “Growing up, I realized my life is unique, really because what I wanted and other kids wanted was so different. I always just had a deeper connection to animals and I just wanted to be naked running around with tigers!”

Kody’s added that his communication with animals started from the time he was born. He considers himself to be one of the litter, and the animals are part of his extended family. That said, Kody does have human family members as well. He has a sister named Tawny, who also works at the park, and seems to have the same passion for animals. You can check out a clip of them together.

My sister @tawny.thetiger It’s a family thing! 35 years of animal conservation and education 🐯📚🌏It is our goal to bring wildlife into the hearts and minds of all people ❤️🧠

Tawny also has her own Instagram page, where she shares her interactions with the park’s animals. Apart from Tawny, Kody’s Facebook page lists Sumati Steinberg as a family member and Mary Antle as a cousin. Undoubtedly, Kody feels different, when he’s among other people. He’s spoken about how it feels like he’s from a different planet, and that people should connect more with animals.

Where is Kody Antle Now?

Kody Antle is still living at Myrtle Beach, in South Carolina. He still works at the Myrtle Beach Safari Wild Encounters Tour, having started on January 11, 1990. Kody also happens to have a strong social media presence. He has a verified account on Instagram, with around 1.9 million followers. He has amassed 11.7 million followers on his TikTok account.

In both cases, Kody makes it a point to post his interactions with various exotic animals. In TikTok, he just makes sure that there is background music to these interactions. You can check out one of his recent TikTok posts below, featuring Sugriva, a chimpanzee who is ‘saving’ him.

Similarly, from Kody’s most recent Instagram post, it becomes clear that he does consider the animals to be his family members. You can check out an image below, where he’s carrying a tiger, who he calls his sister, Amba, on his back.