Kurtis Sprung From World of Dance: Everything We Know 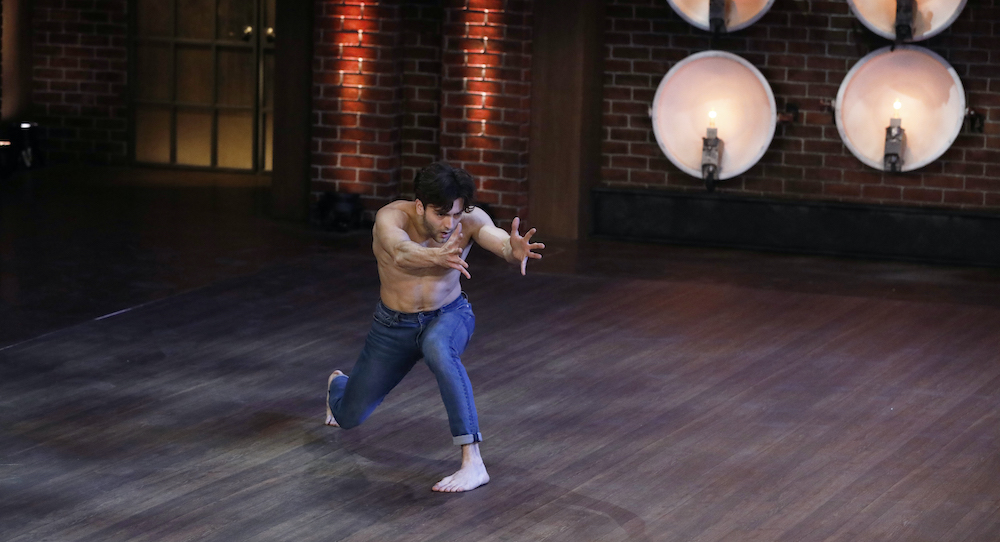 The fourth season of NBC’s ‘World of Dance’ is already a couple of months underway and this season’s batch of dancers seem just as talented as those of seasons past. ‘World of Dance’ has set pretty high standards with some standout performances in the past. One contestant in particular, who seems determined to raise the skills bar even higher, is Kurtis Sprung from upstate New York. If you, like us, thought his performances so far in ‘World of Dance Season 4′ were nothing short of mesmerizing, then read on to find out everything we know about Kurtis Sprung!

Where is Kurtis Sprung From?

Hailing from a remote small-town Caroga Lake, NY, Kurtis Sprung is a contemporary dancer whose dearest ambition in life is to prove that dancers are athletes too. Sprung’s contemporary style is a combination of free-flow and technical movement, merging his two great loves – dancing and sports.

Kurtis has a B.F.A in dance and choreography from the University at Buffalo. He has trained for eighteen years under Mara and Marlene Merritt, Master Ballet Academy’s Slawomir and Irena Wozniak, Zherlin Ndudi, and San Francisco Ballet member Bill Gentes.

When he was a child pursuing his passion for dancing, Kurtis was ruthlessly bullied and later, verbally abused quite persistently. But, as he said in his World of Dance introduction, he never let all the negativity get to him and remained focused on his big dreams.

Kurtis’ love affair with dance is not a recent one, but years old. Previously, Kurtis has worked with choreographers such as Mia Michaels, Albert Cattafi, Spencer Liff, and Rasta Thomas. He has also performed alongside artists like Neil Patrick Harris, Nicole Scherzinger, Jewel, and Ray Parker Jr. Kurtis has also showcased his mad skills with companies like The Bad Boys of Dance, Phoenix Ballet, Embodiment Collective, and has also choreographed for a few.

The most impressive achievement on his resume before coming to World of Dance Season 4, however, is having recently choreographed (and performed in) the Beatles-inspired Cirque du Soleil show “Love.”

Kurtis Sprung has quite taken the stage of ‘World of Dance’ by storm. For his qualifier round, he performed on “Torches” by X Ambassadors. His performance was overall well-received by the judges.

Derek Hough pronounced the “awkward quality” of his “creature-like movements” really beautiful to watch. Hough also loved Kurtis’ shifts of momentum in the opposite direction, saying that his dance succeeded in drawing him in. Jennifer Lopez told Kurtis that he was “amazing, strong and flexible”. But she felt that he was cutting himself short and that he should be dancing as freely as he did in his head. Ne-Yo agreed with Lopez, saying that Kurtis was “definitely in his own head” and for the dance to be successful, Kurtis needed to be more emotive, and the emotions needed to be felt by the viewers too.

In the Duel round of ‘World of Dance’, Kurtis was pitted against ballet duo Styles and Emma. Kurtis took the judges’ advice of being more emotive in the last round and his duel round routine was visibly more “heart-on-the-sleeve”. The judges really loved his performance. Derek Hough felt the gap between moves was slightly too long and voted for Styles and Emma. But Jennifer Lopez and Ne-Yo voted Kurtis as the winner, telling him “Spring has Sprung!”.

So far, fans of the show have been quite favorable towards Kurtis. He is already a strong contender for the title of the “best dancer in the world” and prize money of $1 Million. With his impressive dancing background and impeccable skills, it looks like the crowd is rooting for him. Are you?