Are Kyle and Noon From ’90 Day Fiance’ Still Together? 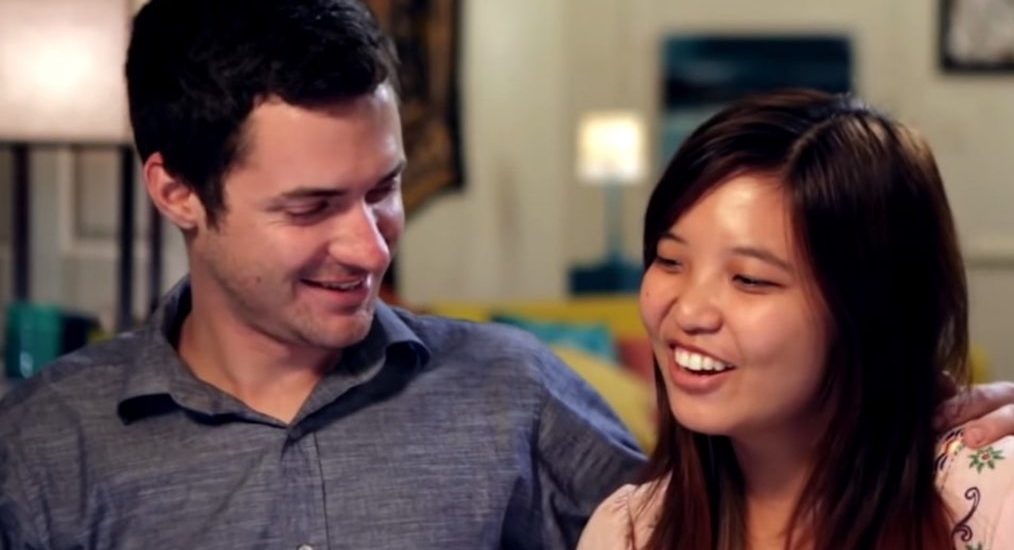 The couples that have featured on TLC’s popular reality TV series ‘90 Day Fiance’ are living proof that true love is blind. It does not care about gender, caste, colour, creed, race, nationality, or culture. Only the person, their heart, and the connection matters! The strength of the bonds is the driving force that pushes the couples forward to be brave and courageous and reach out for the union that they have always desired! Some partners gave us serious couple-goals by leaving their home countries and going to the US on a K-1 visa to marry their fiancés.

Couples like these reaffirm our faith in love and show us that nothing is impossible when two people are in it for the long haul! One such couple, Kyle and Noon, featured on season 3 of the show, and their meet-cute had us hooked from the very start!

Kyle, a 29-year-old bartender from New Orleans, met Bajaree Boonma aka Noon, online on Facebook when he was researching for a trip to Thailand. Noon, who was a 25 year old from Bangkok, happily helped him out and they instantly hit it off! While vacationing in Thailand, Kyle asked Noon to meet him and show him around and they spent some great times together. Kyle confessed that he was smitten by Noon from the very first day and he knew that he would marry her someday. Whereas, Noon thought that Kyle only wanted a free tour guide.

After returning to the states, Kyle and Noon kept their long-distance relationship going, and Noon eventually applied for a K-1 visa and moved in with Kyle and his roommate in his bachelor pad, even though Kyle hadn’t officially proposed to her yet. Kyle worked extra shifts so that he could buy an apartment and live with Noon alone in privacy. Noon admitted that she would get jealous of the flirty ladies that would hang around Kyle’s bar all the time.

Noon also helped Kyle re-establish a relationship with his divorced and estranged parents. Kyle had a complicated dynamic with his alcoholic mother and Noon supported him and helped him through it. No wonder they were one of the favourite couples that the fans liked to follow. While Kyle’s thoughtfulness led him to sacrifice a lot for Noon’s comfort, Noon turned Kyle’s life around for the better by helping him deal with his emotions, open up to new experiences, release toxicity, and fix his relationships.

Shortly after, Kyle proposed marriage to Noon during a romantic parachuting trip and they tied the knot in a Buddhist temple. Neither of the families was able to attend the ceremony and Kyle’s mother purposefully chose not to go.

Are Kyle and Noon still together?

YES! Kyle and Noon are still together and we don’t see them breaking up. They’re happily married and going strong! After their marriage, the couple had to move to Thailand for a few months as Noon’s father fell ill. But then they eventually moved back to the states. The couple now lives in Portland as Noon did not feel safe in New Orleans. She had fallen victim to two thefts. Her purse and one of their bikes got stolen and the neighbourhood’s increasing crime rate got her worried. Portland has a vast Thai community and Noon feels comfortable being around people of the same heritage.

@kyle__huck has changed the livingroom to the bamboo jungle, I love it so green 😀

Noon now works at a fancy cat hotel and she also promotes beauty products on her Instagram page. Recently, she got dragged into an anti-national controversy, when the CEO of one of the beauty companies she endorsed for was slammed for writing racist remarks!

Reports suggest that Noon wants to have a baby soon, by the end of the year, but Kyle has some concerns. Even though they are planning a family, Kyle is not sure about the rental accommodation they are living in. He expressed his doubts over the lack of space. Kyle wishes to buy a house in the suburbs where it would be safe and inexpensive to raise a child.

Kyle tries to keep his life low profile but Noon’s Instagram account lets us peek into their happy lives. They’re always up to something exciting! Kyle and Noon recently entered ‘the cutest couple of Portland’ contest which was being hosted by a local radio station and they even took to Instagram and asked their followers to vote for them. Kyle and Noon’s innocent love story even got them cast in the ‘Happily Ever After’ spin-off!