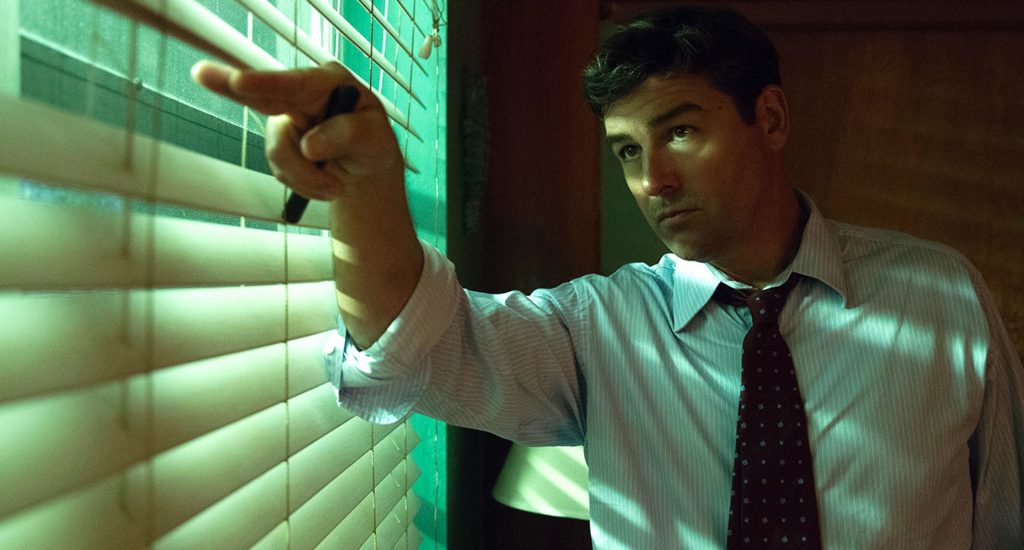 Kyle Chandler grew up in the small town of Loganville, Georgia. Little Chandler used to watch old movies that were being broadcasted on TBS, the only television network available at the time. He would go out of the house after the movies and perform various roles in his backyard. “It was such a different world”, Chandler once told THR. “Our mom and dad had a kennel, and we always had animals around: cows, horses, chickens. In the summertime, my dad and I would sit on the porch and share a Budweiser.” His earlier passion was football. But he switched to acting after the unexpected demise of his father from a heart attack when he was 14. Though Chandler joined the University of Georgia after high school, he dropped out of the university to pursue his acting dreams in 1988.

Luckily, one of ABC’s talent search programs roped Chandler in the same year. The young actor also made his television debut in 1988 with ‘Quiet Victory.’ The eight episodes of ‘Tour of Duty’ also helped Chandler to emerge as a familiar face among television viewers. His performance as a minor league ballplayer, Jeff Metcalf, in the 1991 drama ‘HomeFront’ catapulted him into stardom. In 1992, Chandler made his feature film debut with the movie ‘Pure Country’, directed by Christopher Cain. Between 1991 to 1993, he played the lead role in the TV series ‘Homefront.’ Chandler joined the TV series ‘Early Edition’ in 1996; he played the lead role of a man who has magical powers to stop future ailments in the series.

Chandler got his big breakthrough in 2005 when he was cast in ‘King Kong.’ The monster epic was a remake of the 1933 film of the same title. ‘King Kong’ went on to become a blockbuster and won three Academy Awards. In the football drama ‘Friday Night Lights’, he played the lead role. The series went on to become a huge success and paved way for more roles for Chandler. His performance as Eric Taylor in the ‘Friday Night Lights’ earned him an Emmy. His roles in the 2011 flick ‘Super 8,’ directed by JJ Abrams, and the 2012 movie ‘Argo,’ by Ben Affleck, earned him critical acclaim and commercial success.

In the following years, Chandler managed to be part of huge commercial hits and critically acclaimed movies alike. His major titles during this period include ‘Zero Dark Thirty,’ ‘Broken City,’ ‘The Wolf of Wall Street,’ ‘Carol’ ‘Manchester by the Sea,’ and ‘Sidney Hall.’ Chandler also played the lead role of John Rayburn in the Netflix thriller series ‘Bloodline,’ which ran for 33 episodes. So at this point, you might be wondering what is the next Kyle Chandler movie or TV show? Well, here’s the list of upcoming Kyle Chandler films and TV shows scheduled to release in 2019 and 2020. We can only hope that the latest Kyle Chandler movies would be as good as some of his recent ones. 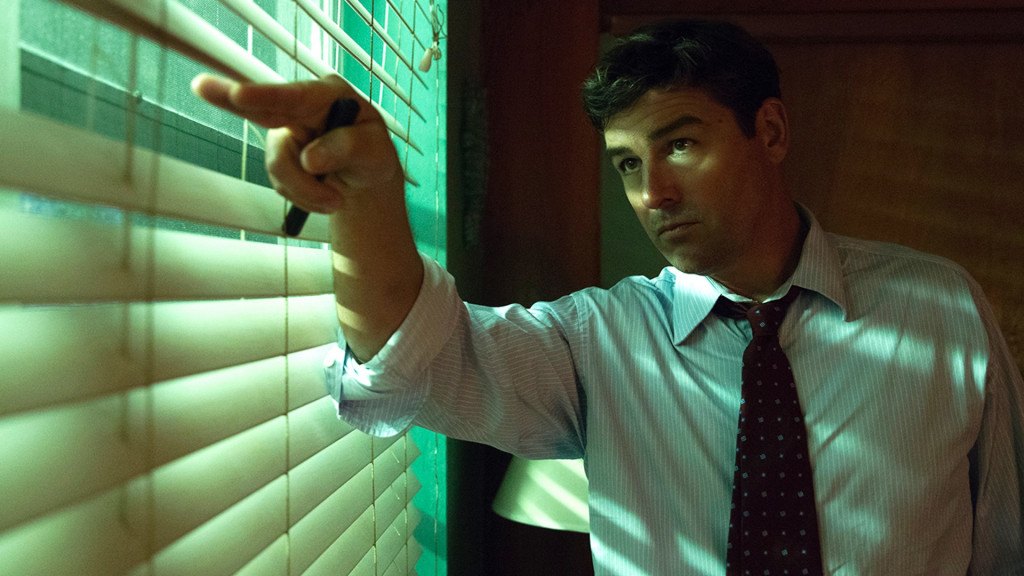 ‘Godzilla: King of the Monsters‘ is a sequel to the 2014 movie ‘Godzilla’ and is the 35th film in the MonsterVerse. The plot centers on the rising of the mythical monsters Godzilla, Mothra, Rodan, and King Ghidorah. While the super-species creatures collide with each other for dominance, humanity is at the face of the grave danger of being wiped out from Earth because of a conspiracy of an evil mastermind. But the crypto-zoological agency Monarch and scientists plot to use the monsters as living atomic weapons to prevent the criminal mastermind and his evil team members from destroying the world. Kyle Chandler plays Mark Russell, who joins forces with Monarch because the lives of his ex-wife, Dr. Emma Russell (played by Vera Farmiga) and daughter, Madison (played by Millie Bobby Brown) are in danger. ‘King of Monsters’ is directed by filmmaker Michael Dougherty. The other cast members include Lexi Rabe, Sally Hawkins and Ken Watanabe. The film hits theaters on May 31, 2019.

‘Catch-22‘ is a limited miniseries for Hulu based on the novel of the same name by Joseph Heller. The comedy-drama is set in the backdrop of World War II. The plot follows Capt. John Yossarian (played by Christopher Abbott) who is haunted by the fear of his own safety and tries various tricks to get out of the war. Kyle Chandler plays the character of Colonel Cathcart, an officer who is obsessed with earning more medals. In order to emerge as the best officer, he keeps sending more men into the battle fired. Meanwhile, Yossarian tries everything from pretending sick to sabotaging assigned tasks and evading duty. But they all end up in the ridiculous rule of Catch-22, which defines a person’s request to turn back from battle as a sign of his sanity and hence must remain on combat duty. Only insane personnel are allowed to withdraw from battle. The other cast members include Hugh Laurie and George Clooney, who also serves as one of the executive producers. ‘Catch-22’ premieres on Hulu on May 17, 2019. 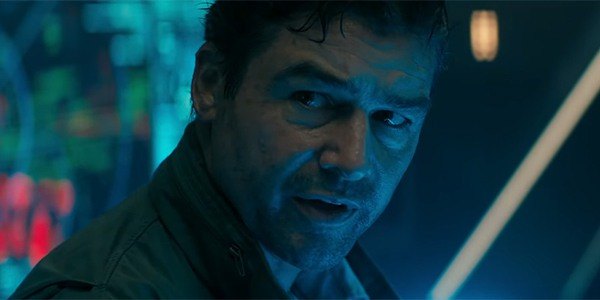 ‘Godzilla vs. Kong‘ is a sequel to both ‘Godzilla: King of the Monsters’ (2019) and ‘Kong: Skull Island’ (2017). It is the fourth film in Legendary’s MonsterVerse. Kyle Chandler reprises his role of Mark Russell in the film. Russell is the ex-husband of Emma Russell and father of Madison Russell. He joins forces with Monarch to save Emma and Madison. Though Chandler is expected to reprise his role in the film, details of the plot haven’t been revealed yet. The other cast members include Alexander Skarsgård, Millie Bobby Brown, Rebecca Hall, Brian Tyree Henry, Shun Oguri, Eiza González, and Jessica Henwick. ‘Godzilla vs. Kong’ is directed by Adam Wingard. Warner Bros. has lined up the movie for a March 13, 2020 release.