Kylie Rothfield From Songland: Everything We Know 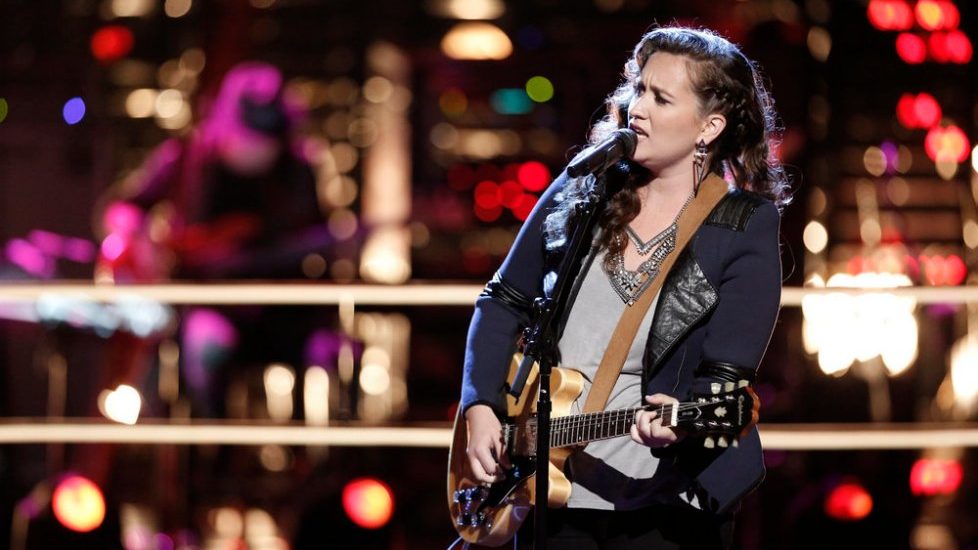 ‘Songland‘ is an out of the box series that puts the spotlight on songwriters instead of just singers. This series gives us an authentic look into the music industry and the process of creating a song from scratch. Each episode follows four different artists who compete to outperform each other with their original creations so as to impress a panel of chart-topping music producers and a renowned recording artist to land a once in a lifetime collaboration opportunity. Season 2, Episode 9 of the NBC original introduced us to Kylie Rothfield, so, here is all that we know about her.

Who Is Kylie Rothfield?

Kylie Rothfield, 27, is not only a brilliant singer who made her television debut on season 11 of ‘The Voice,’ but she is also a self-taught guitarist and a songwriter. “When I was 12 years old, I wrote my first full song with a No 2 pencil and a tattered notebook, performed it clumsily for a small crowd, and experienced a feeling that I’ve never been able to forget,” says Kylie in her bio. “Since then, music has confounded me, frustrated me, defined me and saved me; and I’ll probably spend the rest of my life being completely infatuated with it.”

Kylie, who was raised in Elmhurst before her family moved to Danville, California when she was just 7-years-old, credits her passion for music to come from her upbringing and surroundings. To keep it a constant in her life, she enlisted in every choir all throughout school and had even started a rock band. Kylie fell in love with music so deeply that she went to Boston to attend the Berklee College of Music straight out of high school to further her skills as a performer and as an artist. In just a while though, at the age of 19, she made the decision to move to Nashville, Tennessee, and start her career.

Just like her fellow contenders on ‘Songland’ Kylie has been careful to not divulge a lot of information regarding her family. Although she does upload a few pictures with her friends from time to time, her family has made no appearances on her social media platform.

summer on the beach with best buds: a collage 🔥🙌🏻

Her adorable pup though, Yoda, who she sometimes refers to as her child, is a constant on her feed. She adopted her in 2018, and ever since them, that has been the only family she talks about publicly. As for her relationship status, we don’t know anything about that either, because her Instagram is devoid of any mention of a significant other. The self-proclaimed travel addict’s pictures of her beach days, her dog, and her friends are the only look we have into her personal life.

Kylie recorded her first EP when she was just 14 in an actual studio in San Francisco, and after that, she decided that music was the only career path for her. When Kylie had moved to Nashville, she started agreeing to do gigs no matter how big or small they were. This helped her move her career quickly and she gained the attention of musical artists like Steven Battey, Victoria Shaw, and Russ Pahl. After that, she got the opportunity to open for Joey + Rory, Mary Lambert, Betty Who, and Lisa Loeb.

TONIGHT @ 7pm PST! 🌟 Living room concert featuring @reesetea & @ryanealon on instagram & FB live!! The only thing we can do at a time like this is share light and love and gratitude and music- we’d absolutely love for you and your friends and families to join us. See you soon 💖💖 #coronaconcertseries

Unfortunately, she suffered from a vocal hemorrhage that left her unable to speak for a month, which made her concentrate more on her songwriting rather than her singing. When Kylie wanted to make a comeback and auditioned for ‘The Voice,’ her soulful and unique tone caught the attention of none other than Alicia Keys, who went ahead to praise and describe her as “a blossoming, powerful flower with so much heart, so much talent, so much emotion, and vocal power.”

Kylie has had her original music placed on ABC, NBC, MTV, and on E! Network, and more recently she earned an endorsement deal with Epiphone that enabled her to perform all over the country. Now, to take her career as a singer-songwriter further, she appeared on ‘Songland’ to pitch an original song that she wrote for the brilliant, Ben Platt.

last night was EVERYTHING (& more) 🤘🏻🌟🌙 #thetroubadour