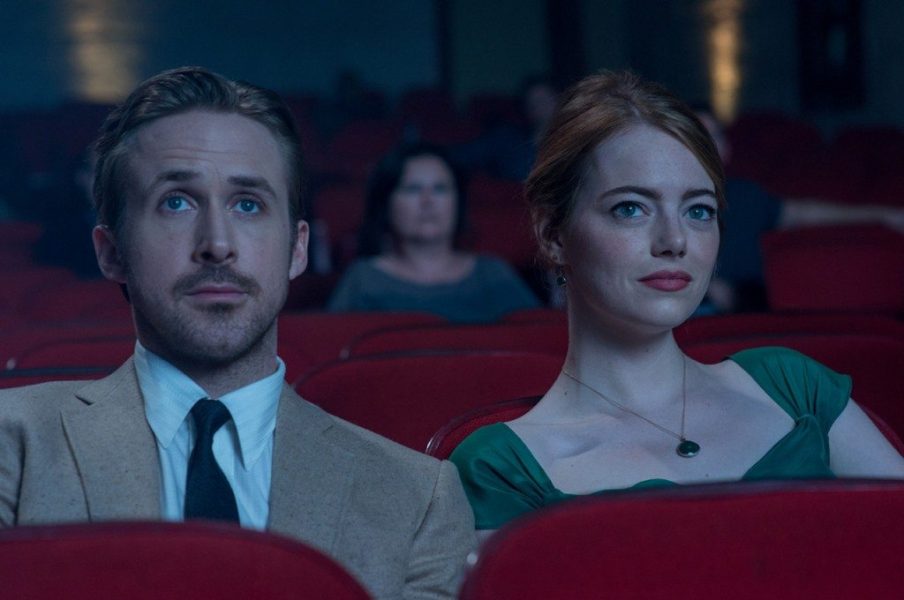 Before you pull out your swords, hear me out. I’m perfectly aware that it is too early to make such a declaration when there are so many films yet to be seen. I’m also aware that things are still fluid and existing dynamics can very easily change. And I’m also aware that in spite of having a solid track record at predicting Oscars, I am not infallible. But, after having carefully examined every aspect of how this year’s Oscar race is shaping up, I am pretty confident in my declaration-cum-prediction: ‘La La Land’ will win Best Picture Oscar next year.

Here are the reasons why I feel confident about my prediction.

Oscars are replete with examples of crowd-pleasing films winning Best Picture. From Slumdog Millionaire to this year’s Spotlight. From Braveheart to The Artist. From Titanic to The King’s Speech. I can go on and on. With the preferential balloting system in place, the chances of a divisive film winning Best Picture is close to nil. I realized it the hard way this year when ‘Spotlight’ won over ‘The Revenant’. By winning TIFF’s audience choice award, ‘La La Land‘ already has shown that its crowd-pleasing strengths. You only have to look at films like ‘Slumdog Millionaire’ and ‘The King’s Speech’ to understand how significant that insignificant-sounding award is.

If Oscars were to be held today, ‘La La Land’ would certainly win Best Picture. That means if at all there is a film that can trump ‘La La Land’, it hasn’t been seen yet. So, let’s look at what movies can challenge its hegemony.

The film that seems to be everyone’s mind is ‘Silence’. Theoretically, yes, it can win Best Picture. But, realistically, and from what I have been hearing, the film is too dark and grim to be “universally liked”. I’m not denying that it could be a great film; it is just that such films usually don’t win Best Picture (the only exception being ’12 Years A Slave’, which had other factors working in favor of it).

The other films that can give serious competition to ‘La La Land’ are Ang Lee’s ‘Billy Lynn’s Long Halftime Walk’ and Denzel Washington’s ‘Fences’. Ang Lee is a fine director, but going by the novel that I have read and some of the first looks of the film, I don’t think ‘Billy Lynn ..’ is going to come anywhere close to winning Best Picture. Trust me on this. As far as ‘Fences’ is concerned, I don’t think Washington is an Oscar-calibre director. There is no question that he is one of the greatest actors of all time, but I have serious doubts over his directing abilities. He is capable of making good films; I just don’t think he has it in him to make a Best Picture-winning film.

Once a film enters into the Oscar race, I believe it has to go through an arc or a cycle of people watching, loving and accepting it. Any questions surrounding the film should have been settled by the time it enters the final leg of the race. The fact that every film, since ‘No Country For Old Men’, that has won Best Picture had its première either in or before September only validates my belief. ‘La La Land’ after getting a rapturous response at every film festival it was shown in has enough time to keep building on its early found momentum. By the time it reaches the final stages of the race, it would have already been seen by most of the Academy members. I’m sure it will also win many industry guild awards that will keep the conversations flowing around it. In the end, with all the critical, audience and guild support, it will be very well-placed to take the top prize on the Oscar night.

Basically, to win Best Picture a film has to be like a high-jumper: Build in all the momentum as much as you can before the jump, but just when you are about to jump, you should be balanced, settled and confident. ‘La La Land’ seems best prepared to be that high-jumper.

Here are the categories that ‘La La Land’ is most likely going to win: Sound Mixing, Original Score, Original Song, Cinematography, Production Design. It will also have a good shot at winning (though, less likely) Editing and Costume Design.

Sometimes, it all works down to the maths. Having support from the below the line tech branches is going to be a huge benefit for ‘La La Land’. I know this hasn’t been a determining factor as of late — ‘Spotlight’ didn’t win any tech award — but films like ‘The Lord of the Rings: Fellowship of the Ring’, ‘Slumdog Millionaire’ and ‘Titanic’ serve as examples of how a massive technical backing can lead to an Oscar sweep. And I won’t be surprised if ‘La La Land’ does exactly that — semi-sweep — by winning 8-9 trophies on Oscar night.

It is about the show business

Well, last but not the least, ‘La La Land’ is about the show business. And we all know how well films about Hollywood and show business do at the Oscars. Not convinced? Out of last six Best Picture winners, three are about the show business or Hollywood: ‘The Artist’, ‘Argo’ and ‘Birdman’. The fact that ‘La La Land’ is about the struggle of two artists is going to strike a chord with most, if not all, of the Academy members. After all, every single one of them at some point of time were strugglers trying to make it in Hollywood. They will strongly identify with the message of the film.

If I’m proven wrong, I’ll eat humble pie. And being an Oscar-enthusiast, I would actually prefer seeing a tight Oscar-race than being proven right. But, if my Oscar instincts are telling me anything, it is that we are in for a long boring Oscar season ahead that will culminate in ‘La La Land’ winning the Best Picture prize.