Will There be a La Révolution Season 2? 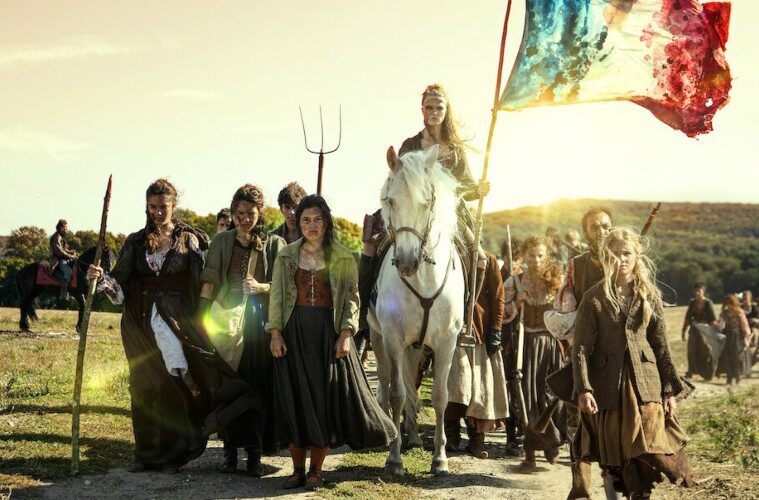 “Slaves will break free from the chains… but no matter what, the powerful will always remain powerful..” This is the premise of Netflix’s ‘La Revolution’, a historical horror drama that portrays the bloody clash between the aristocrats and commoners. What happens here is, when a strange virus is released, it causes the blood of the elite to turn blue. The infected then act out to slay the downtrodden and the innocent.

Packed with violence, lavish mansions, period costumes, and many bloodbaths, ‘La Revolution’ is not for the faint-hearted. But if you are among those who are drawn to gore and alternate history, you must already have finished watching its first season. So, if you are curious to know more about the show’s future, we are here to help you out!

‘La Revolution’ season 1 premiered on October 16, 2020, on Netflix. It consists of eight episodes with a runtime of 45-55 minutes each. While the first season gives a befitting end to the central mystery and wraps up one part of the storyline, the finale opens the door to another tale.

Therefore, we can safely assume that the series was not planned as a one-off. Moreover, international period dramas have a universal appeal among fans. Therefore, both in terms of concept and content, we expect ‘La Revolution’ to be renewed in the future. If this happens soon, we can expect ‘La Revolution’ season 2 to premiere sometime in late 2021.

La Revolution Season 2 Cast: Who can be in it?

‘La Révolution’ features a sprawling ensemble cast. The central plot revolves around Élise de Montargis (Marilou Aussilloux), a noblewoman and countess, who sympathizes with the plight of the commoners, living under the brutal tyranny of the aristocrat class. Joseph-Ignace Guillotin (Amir El Kacem) appears as a physician with a strong sense of justice.

We also have Gaia Weiss as Marianne, Lionel Erdogan as Albert Guillotin, Julien Frison as Donatien de Montargis, and Laurent Lucas as Charles de Montargis (Elise’s villainous uncle). In season 2, we expect most of the lead cast to make a comeback.

La Revolution Season 2 Plot: What can it be About?

This fantasy-horror period drama is an alternate take on the French Revolution. It is primarily the story of Joseph: the future inventor of the guillotine. The events take place in 1787 and introduce us to Joseph, a physician who discovers a vampire-like infection, called Blue Blood, which makes aristocrats immortal and causes them to slay commoners. When the first season ends, we see Joseph and the rest of the survivors heading out to build a new life for themselves.

However, the inventor of the deadly virus is not done yet. He brings in a young girl with mysterious powers. What he plans to do with her is not revealed in the finale, and neither do we know what her abilities mean for the world. After all, the series concludes by saying that whatever happened was just the beginning of a conquest. Well, we expect the next season to continue the story from here and chronicle the story arcs of its different characters.