Labor of Love Episode 6: When and Where to Watch? 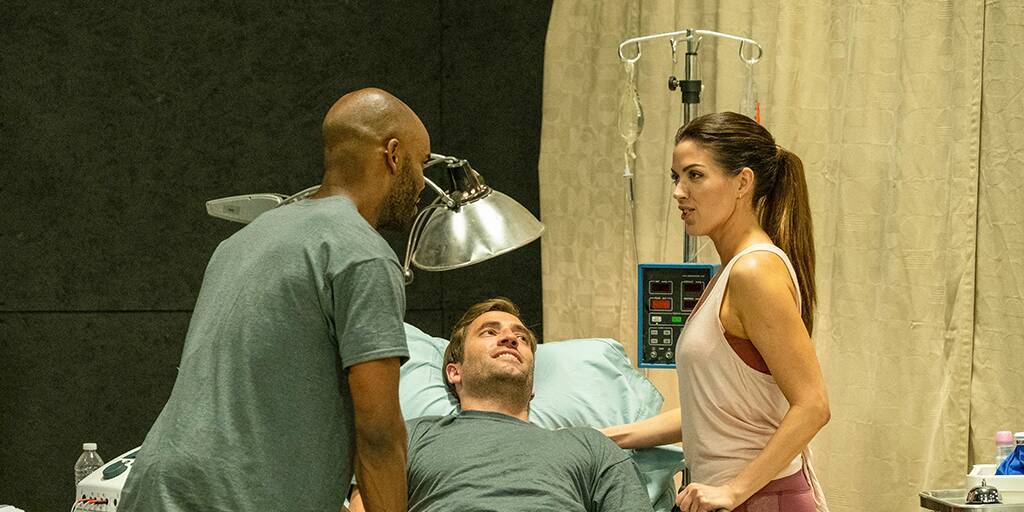 ‘Labor of Love’ follows Kristy Katzmann, who is on a quest to find a man to start a family with. She has to choose her partner from 15 potential suitors who perform various challenges to prove their worth. After the latest episode, only five men remain to try and win Kristy’s heart. In episode five, a specific attribute of a contestant reminds Kristy of her ex-husband and she straightaway eliminates him from the competition. Check out the recap section to refresh your memories. In case you are updated and want to know about ‘Labor of Love’ episode 6, we have got your back!

‘Labor of Love’ Episode 6 is all set to release on June 25, 2020, at 9 pm ET on FOX. The eight-part show will follow a weekly-release format and drop a new episode, every Thursday.

In the upcoming episode, titled ‘You’ve Got Babies,’ each of the five remaining contestants will be given baby simulators. The men will have to take care of their respective babies and prove that they’re capable of entering fatherhood. Kristy will spend some alone time with each man and eventually determine whose hometowns she will be visiting.

Where to Watch Labor of Love Episode 6 Online?

You can watch ‘Labor of Love’ episode 6 if you have a cable connection, by tuning in to FOX at the above-mentioned time slot. You can also watch the show online by logging into FOX’s official website. If you don’t have cable, you can live-stream the episodes on your computer, phone, Roku, Fire TV, Apple TV, or other streaming devices on subscription services such as Hulu, FuboTV, and DirecTV.

In the episode, Kristy and Kristin take the men to a gym owned by a retired marine and ask them to couple up. The teams are as follows – Stewart and Marcus, Keith and Gary, and Kyle and Trent. The men are shocked when the curtains fall as Kristin reveals that they’re about to have a firsthand experience of labor pain. After the shock from their faces wears off, an obstetrician enters and explains to them that their physical endurance and mental strength will be monitored via electrodes that will be stuck on their bodies. The men agree and the staff sets them up.

All the men do just fine and Kristy feels they can all be great fathers. I can say that about Stewart and Marcus but not everyone, especially after witnessing all that screaming from Trent. Moving on. Kristy and Trent go on a date to Six Flags Over Georgia, where the two enjoy the park rides and are surprised by a flash mob dance on Dirty Dancing’s ‘The Time of My Life.’ This is the second time Trent has proved that he can dance really well. He kisses Kristy, who blushes as if she is in a movie. They have a great time but Trent keeps on stressing on the fact that he would love to have a son. Kyle bags the next date with Kristy.

Stewart surprises Kristy with flowers and a love note, and she tells him, “You’re the person I feel the strongest about in that way.” Well, if there is one person who deserves to win this competition, it’s Stewart. Gary is a close second. As far as the elimination is concerned, Kristy asks Keith to leave in the middle of the episode. Remember how he always says “my fire is bigger than I thought it was.” Well, apparently, Kristy’s ex-husband had major temper issues which caused her a lot of pain. Therefore, she takes him aside and confronts him on his “fire.” When he fails to give a satisfactory explanation, Kristy senses he has anger issues and asks Keith to pack his bags and go home. Stewart, like the true gentleman that he is, takes her home.