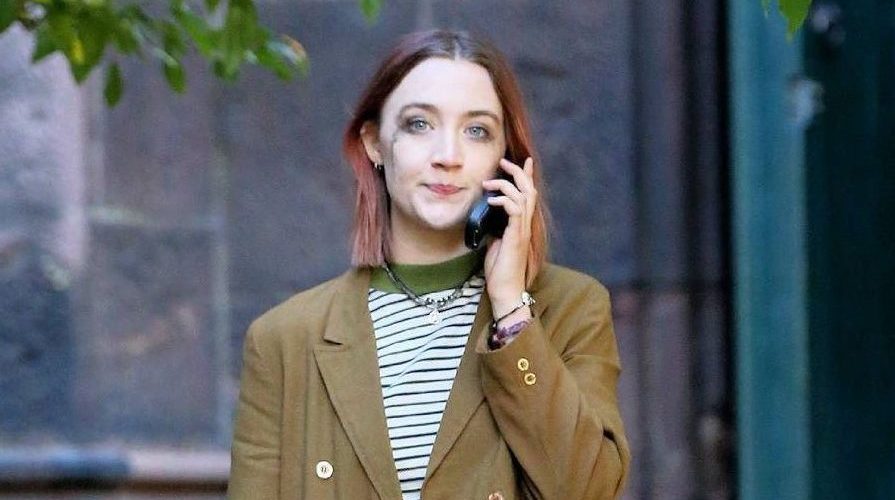 She calls herself Lady Bird because she dislikes the name her parents gave her. To say she is a difficult child is an understatement, life with her must be a living hell. When she grows exasperated by the conversation in the car with her tyrannical mother, she simply throws herself out of the moving vehicle.

Lady Bird is tired of Sacramento, she believes she has outgrown her home town, but lacks the good grades to get herself into a major college. So she starts racking up her extracurricular activities in hopes the college board will take that into account. Drama is her choice, where she meets the first great love of her life, who turns out to be gay. No matter, like a heat seeking missile, with a virginity to get rid of, she finds another guy and adds sex to her list of disappointments.

Alienating her best friend, constantly fighting with her mother, finding peace only with her meek father, Lady Bird is a holy terror, self-absorbed in a way that makes her a nightmare to be around.

Yet we cannot help but like her. She is not what you would call likeable, but there is something urgent about her, something real that we cannot deny.

In a luminous performance of extraordinary purity, Irish actress Saorise Ronan displays she is the greatest actress in film under twenty five. So good in Brooklyn (2015) she surpasses that here as the edgy, angry Lady Bird. Caustic with everyone in her life, selfish to a fault, she is a raging example of female teen angst. Knowing her parents cannot afford a major school, she nonetheless applies because in her soul knows she must spread her wings and see where life takes her. Without recognizing it, she is as stubborn as her mother, the two of them cut from the same cloth. Though her mother drives her crazy, little does she know, the strength passed to her by her mother will serve her well.

Laurie Metcalf was a TV staple for years as Jackie, the little sister of Roseanne on the long running comedy of the same name. The blue collar, lunch box sitcom dealt with honest issues in ways no other show did, and Metcalf was a huge part of that. She has never had a role like this, she knows it, and it brilliant in a way she never has been before. Flinty, spiky, she has little patience with her daughter because she sees in her no focus, no maturity, no understanding of the family situation. They can be raging at one another in a thrift shop, but stop fighting the moment they find a dress Lady Bird likes. They do not even know how connected they are until they are apart.

Metcalf will easily be among the nominees for supporting actress, as hers is a profoundly powerful performance.
Actress Greta Gerwig makes a huge breakthrough with directing and writing this superb film, so obviously based on her own life. Gerwig makes smart choices as a director, never shying away from the more prickly aspects of her characters or their actions, which gives us great warts and all character studies. Writing what she knows, or rather about the life she knows, she does not miss a thing, with a vivid, gritty film about a young woman trying to spread her wings and her mother, striving to do everything she can to make that possible.

Expect Academy Award nominations for Film, Director, Ronan, Metcalf and Gerwig again for her script. One of the years very best films.