Who is Lance Armstrong Married to? Does He Have Kids? 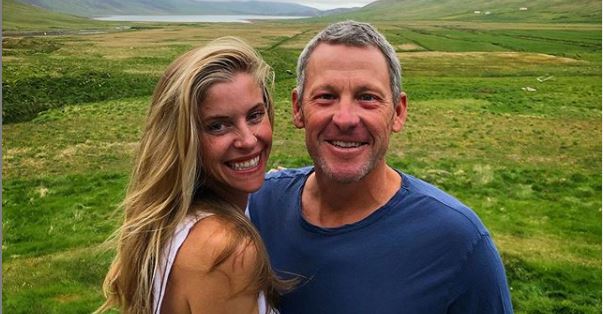 Lance Armstrong, the former professional road racing cyclist and cancer survivor, is now most known as the disgraced winner of seven Tour de France titles – the most in the event’s history – who was stripped of all his medals and glories due to evidence of performance-enhancing drug use, i.e., doping.

Born on September 18, 1971, in Plano, Texas, Lance is the son of Linda Gayle, a secretary, and Eddie Charles Gunderson, who was a route manager for The Dallas Morning News. He is actually named after Lance Rentzel, an NFL star, who was the wide receiver for the Dallas Cowboys. However, his parents got divorced, in 1973, when he was just two years old, a year after which, his mother remarried a salesman by the name of Terry Keith Armstrong.

Terry adopted Lance after he married his mother, and gave Lance the opportunity to grow up in a big, happy, and love-filled family until they too divorced when Lance was a teenager. Lance has a brother named Larry Armstrong and a sister named Sonnie Michaela Gunderson. Intrigued to know more about his personal life? Keep scrolling!

Even though Lance is currently dating Anna Hansen, he has been married once before, to Kristin Richard. The ex-couple were first introduced to one another in early 1997 at a press conference while he was battling his testicular cancer. Kristin has revealed that when they had met, Lance had just finished his chemotherapy. The two connected on a deep level in a short amount of time and realized that they were in love.

After about a year of dating, Lance and Kristin said “I do” in Santa Barbara, California. After their wedding, Kristin quit her job in public relations to move to France to support her husband and his cycling career. The two seemed to have a perfect marriage, they were supportive of each other and had a family that everyone was jealous of, so in 2003, when they announced that they were getting divorced, it was a shock for everyone.

Because Lance was at his peak during this time, it meant for a very public breakup for the both of them. After they divorced, Kristin turned her passion and love for running into a career. She used to run marathons when she was married to Lance, but now she writes the ‘Mile Markers’ column for runnersworld.com and has written various other feathers for it over the years. Along with this, she is also an author of six books, including one about her divorce.

Following Kristin, Lance dated Sheryl Crow for a while before finding love with Anna Hansen in 2008. Lance and Anna have been blissfully together ever since then, and in 2017, after almost a decade of being in a relationship, Lance popped the question and asked her to be his wife. He announced their engagement on his Instagram with the following photo of them and captioned it: “She said….. YES!!!!”

Lance is the proud father of five kids. While he was married to Kristin, he fathered three children with her, a boy named Luke Armstrong and twin daughters, Grace Armstrong and Isabelle Armstrong. With Anna, Lance has two more kids, a son by the name of Max Armstrong and a daughter named Olivia Marie Armstrong. While Lance doesn’t post a lot about his teenagers from his previous marriage on social media, his and Anna’s Instagram accounts are full of photos of their little family.

First trip to Lake Powell in the books! Heavily hyped and it failed to disappoint!