Where is Lance Armstrong Now? 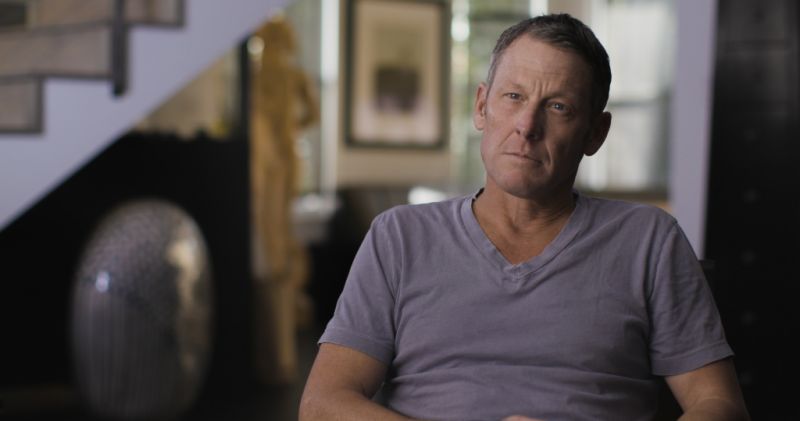 ESPN’s 30 for 30 latest offering titled ‘Lance’ takes a look at the disgraced cyclist, Lance Armstrong. Once considered a gigantic sports personality, Armstrong was stripped of his seven Tour de France titles after it was discovered he was doping. Initially, the cyclist had denied it but finally came clean in an interview with Oprah in 2013. He has been banned from participating in the Tour de France, for life.

‘Lance’ looks at his meteoric rise to fame and his immense fall to ignominy. Naturally, you might be curious about what Lance Armstrong is up to nowadays. We have got you covered with the latest news and updates.

Where is Lance Armstrong Now?

After his fall from grace, Armstrong splits his time between Austin, Texas, and Aspen, Colorado. He’s from Plano but has lived in Austin since 1990. He traded his estate in the Camp Mabry area for a magnificent place in the Lake Austin area in 2013. He’s got a coffee shop in downtown Texas called Juan Pelota (one ball) a reference to his battle with testicular cancer. The father of five also owns and operates a bike shop called Mellow Johnny’s, which is a play on the Toure de France term maillot jaune. He has also served as a technical advisor for the SRAM Corporation, a bicycle part manufacturer. You can catch a glimpse of his continuing enthusiasm for bicycles below.

Well, well, 👀 what just showed up – @hammerheadrides prototype of the Karoo 2! If I had 2 sum it up & compare it 2 other bike computers, it’d be like comparing the new iPhone 11 to grandmas flip phone. Game changer. All of us @nexventuresvc are psyched to be backing this team! pic.twitter.com/l2nnn9VQj2

He might be financially stable now, but things spun out of control for Armstrong after his doping came to light. His sponsors deserted him, and he had to battle costly lawsuits. In April 2018, Armstrong paid the US federal government $5 million to settle a lawsuit, while he paid $1.65 million to former teammate and doper Floyd Landis. Armstrong estimated that his settlements, trials, and loss of income cost him nearly $111 million. Luckily, he’d invested in Uber at an early stage, making tens of millions of dollars, which ultimately saved his family from financial ruin.

Lance has been building a media and event organizing brand for more than two years. WEDŪ, his endurance sports brand hosts two podcasts, titled ‘The Move’ and ‘The Forward.’ Lance is also a co-founding partner of Next Ventures, an investment firm that focuses on the health and wellness industry. Check out a post from Armstrong about an exciting event showcased by WEDŪ.

Exclusive members cut of Melee in the Mountains COMING SOON. Get access to our sponsor benefits (@Roka @mypowerdot @highbrewcoffee @amphuman @roadid and more )and BTS access to a full year of #TheMove – which includes #TDF2020 . Link in bio.

‘The Move’ is the more popular podcast where Lance dissects endurance sports while emphasizing cycling’s grand tours. Check out Armstrong promoting ‘The Move’ below.

Le Tour is over, but THEMOVE keeps moving on. In the final episode for #TDF2019, we debate what the future holds for @eganbernal, and preview the next few months of action for Wedu. Latest episode of #THEMOVE is up — link in bio to listen/watch.

In ‘The Forward,’ Armstrong questions famous personalities like Neil deGrasse Tyson. In Armstrong’s opinion, interviewees are more forthcoming with him across the table. Since his fall from grace, they recognize he’s been through everything and can, therefore, tell him anything. Most recently, Lance Armstrong and George Hincapie have a plan of organizing a cycling tour on the island of Mallorca in Spain. It will be spread over five days, and twelve people can sign up for it. It costs a hefty $30,000 per person. The trip is called ‘The Move Mallorca 2020.’ Check it out here.

Heads up! @ghincapie and myself (as well as rockstar guides Emily and @mikekloser) are taking THEMOVE to Mallorca. Join us on this beautiful Mediterranean island for amazing rides, food, wine, and conversation. Can’t wait! Link in bio ⬆️⬆️!

As for whether he’s repentant about doping, Lance’s spoken to NBC Sports, saying, “I don’t want to make excuses for myself that everybody did it or we could never have won without it. Those are all true, but the buck stops with me. I’m the one who made the decision to do what I did. I didn’t want to go home, man. I was going to stay.” However, he’s also traveled the world trying to apologize to anyone the public feels deserves an apology. Lance has been trying to set things right, knowing perhaps it will never be enough.