Are Larry and Jenny From 90 Day Fiance Still Together? 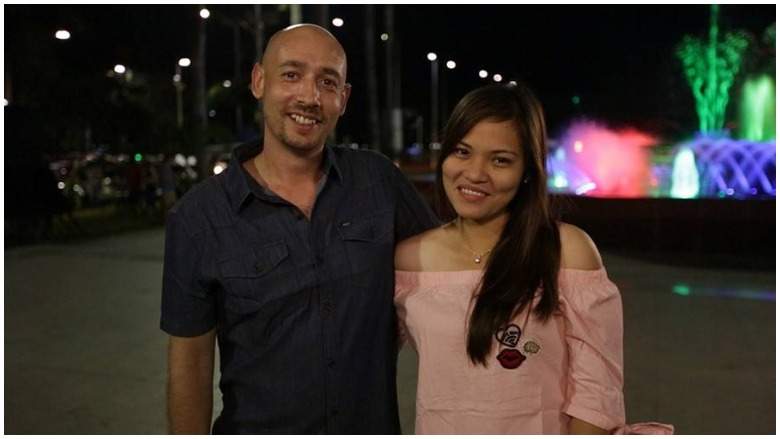 ‘90 Day Fiance‘ is a TLC original reality TV series that has been bringing forward some of the most unconventional love stories for more than six years now. And due to its popularity, it has even released five spin-offs. The international couples featured on the franchise have met either during a vacation or online. The couples never fail to bring us a mix of drama and romance as they share their journey from the point they met to their wedding day (or in some unfortunate cases, their break-up).

Introduced to us on season one of ‘90 Day Fiance: Before the 90 Days,’ Larry and Jenny had begun their relationship after meeting on a dating website. Larry, a single dad from Florida, traveled all the way to the Philippines to meet Jenny face-to-face for the first time and to find out where their relationship would be going.

The two shared a deeper connection and got along like a house on fire when they ultimately met. And although Larry was worried that Jenny might be in the relationship for the wrong reasons when he found out that she had been talking to other men in the U.S., he proposed to her as the season ended.

After this, when Larry went back home to the U.S., he began her K-1 visa application process so that she could move from the Philippines to be with him. After a year-long wait, in September 2018, Jenny passed the required medical exam and was finally on her way. Now, with the couple in the same country, they had 90 days to tie the knot, or Jenny would have to leave.

The couple also made an appearance in season 3 of ’90 Day Fiance: What Now?’ another spin-off to the original, but this time it was their wedding that was being documented. The couple got married a few weeks after Jenny arrived in the U.S. in a small, modest wedding at an RV park in Florida where they lived.

Even though Larry was disappointed that he couldn’t give Jenny the wedding she wanted due to financial constraints and Jenny was upset that her family wasn’t there, they were both excited to start the rest of their lives together. He said, “She wanted it at the church, she wanted her family there, and I can’t give her any of that. So the best thing we can do is just a small little wedding, and then, later on, I’m going to give Jenny the wedding of her dreams in the Phillippines.”

Larry’s entire family, except his eldest son, who was training for the army, was there in support of the couple, and his mother even helped Jenny get ready for her big day. But the question that remains in everyone’s mind is, were they endgame? Well, we’re here to answer that for you, so, read on to find out where they are now.

Are Larry and Jenny Still Together?

Still together and stronger than ever! Larry and Jenny are still married and live a happy life together in his hometown in Florida. After their wedding, Jenny also changed her last name to her husbands’ and is now Jenny Passariello.

Can't wait to go back

The couple has a shared YouTube channel and an Instagram page where they post updates and keep their fans in the loop about what is going on with their lives. The YouTube channel where they upload videos of their adventures, new experiences, and food currently has more than 19K subscribers, and their Instagram is filled with adorable images of there time together; some of which you can check out below:

Cold for Florida but still enjoying

A post shared by Larry And Jenny Passariello (@larry_and_jenny_passariello) on Jun 3, 2019 at 7:33pm PDT

Even with a thirteen year age gap and cultural differences, Larry and Jenny seem more compatible than ever. It’s been more than a year since they’ve been married, and we hope that things only improve for them in the coming years.

Read More: Are Justin and Evelin From 90 Day Fiance Still Together?