Where is Larry Nassar’s Family Today? 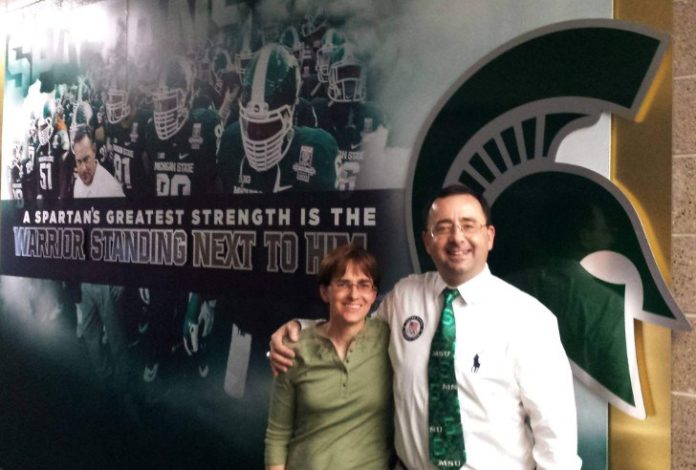 Netflix’s ‘Athlete A’ brings back the horrific sexual abuse that Larry Nassar subjected several female gymnasts to, over the years. Protected by his stellar reputation and the toxic culture of USA Gymnastics, Larry nearly went untouched for decades before word got out about his misdeeds. Most of Nassar’s abuse went on at the famous Karolyi ranch and training facility in Texas, but he was actually tried in Michigan, where he’d abused women at the John Geddert’s Twistars USA Gymnastics Club, the Michigan State University, and Holt, where he lived with his wife and three kids. Now that Larry is in prison, you might be wondering what happened to his wife and children. Here are the latest updates on the Nassar family.

Stefanie or Stephanie, whose maiden name is Anderson, married Larry Nassar on October 19, 1996, at the St. John’s Catholic Church in East Lansing. Sarah Klein, one of Larry’s victims, spoke about how she knew Stephanie when she was Larry’s girlfriend. Later, Sarah, and another victim, Trinea Gonczar, attended the couples’ wedding. In 1998, they bought the house where Larry would eventually abuse various women in the basement.

His wife was oblivious to his actions. After Larry was arrested in December 2016, he and Stephanie got separated and she filed for divorce in January 2017. Stephanie was granted the divorce in July 2017. Since then, the Michigan native has kept a low profile.

However, Stephanie is a pediatrician who completed her training and education at the University of Detroit Mercy in 1999. She’s certified as a physician assistant by the National Commission on Certification of Physician Assistants. Stephanie is a fellow at the American Academy of Physician Assistants. In 2018, Nassar’s wife was named in a civil lawsuit against Michigan State University. Alaina Bamfield, who filed the suit, claimed that she was referred to Larry by his then-wife, Stephanie, who Alaina had seen at Lansing Pediatric Associates.

Currently, Stephanie resides in Lansing, Michigan, and is affiliated to the Sparrow Hospital. She appears to be practicing but has distanced herself from her husband’s crimes.

The couple has three kids, Ryan, Katelyn, and Caroline Nassar. Like Larry’s wife, his children were unaware of his abusive practices as well. Naturally, due to the circumstances of Larry and Stephanie’s divorce, she was granted full custody of the children. Notably, the divorce took six months to be finalized simply because Michigan law states that the minimum waiting period in divorces involving children is six months.

While not much is known about the recent whereabouts of the children, they did live with Stephanie in Michigan for a while. Trinea, who was always close to Larry’s family, said she was present during his trial partly for Stephanie and the kids. She asked Larry how he could do this to his wife and children. The victim spoke out saying her head hurt thinking about the kids each day. You can check out what she said, below.

Thus, while Larry’s wife and children might be working hard to move on with their lives, Nassar’s crimes are bound to cast a shadow. [Cover Picture Courtesy: Fabwags.com]