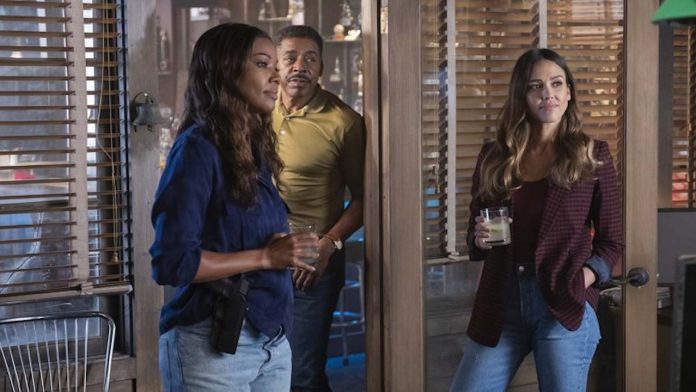 Created as a tv spinoff to the ‘Bad Boys’ film franchise, ‘LA’s Finest’ is a female-led crime drama, created by Brandon Margolis and Brandon Sonnier. The Spectrum Original series follows two strong women who slowly learn to trust and support each other while together, getting into plenty of trouble. With committed performances and a star-studded cast, season 1 of the show opened to good viewership and positive reviews. Here’s when its second season will drop on Spectrum.

‘LA’s Finest’ season 1 premiered on May 13, 2019, on Spectrum. After spanning 13 episodes, it ended on June 17, 2019. On June 14, 2019, ahead of season 1’s finale, the series was renewed. Katherine Pope, head of Spectrum Originals, confirmed the news in a statement to Deadline, saying: “Kudos to Gabrielle and Jessica, as stars and executive producers, along with creators Brandon Sonnier and Brandon Margolis and everyone else involved, for helping us launch our first original series and making the decision to greenlight a second season incredibly easy.”

‘LA’s Finest’ season 2 was previously slated to release on June 8, 2020, with the first three episodes on Spectrum’s On Demand service. However, the broadcast was delayed due to unspecified reasons. But now we have an official confirmation. ‘LA’s Finest’ season 2 will release on September 9, 2020. The season will have 13 episodes and new episodes will land weekly, following its debut on the platform.

Season 2 marks the return of Gabrielle Union as Special Agent Sydney Burnett aka Syd and Jessica Alba as Nancy McKenna. Syd used to formerly work for the DEA but is now employed with the LAPD. She is Marcus Burnett’s (‘Bad Boys‘) sister. Nancy is Syd’s new partner and friend in the LAPD. She is a stepmom and has a criminal past. In the next edition, we will also see Duane Martin as Ben Baines, Zach Gilford as Ben Walker, Ryan McPartlin as Dr. Patrick McKenna (Nancy’s husband), Sophie Reynolds as Isabel McKenna aka Izzy (Nancy’s stepdaughter), and Ernie Hudson as Joseph Burnett (Syd’s estranged dad).

LA’s Finest Season 2 Plot: What Can it be About?

In season 1, we follow Syd Burnett as she lands in Miami and takes down a drug cartel. Leaving behind her complex past, she joins the LAPD. Here, she is partnered with Nancy McKenna, who is a working mum with a troubled history. Together, they join hands to tackle criminals in Los Angeles while defying rules and speed. In season 2, Syd will be seen mourning the loss of a close friend, which will prompt her to look for answers. Nancy’s story will revolve around her dealing with the aftermath of Izzy’s kidnapping and the subsequent rift in her marriage. And as per Spectrum’s official synopsis: “But when a powerful crime wave in Koreatown threatens to destroy the community, Syd, McKenna and the team must find those responsible before it’s too late.”