Where to Stream Las Vegas? 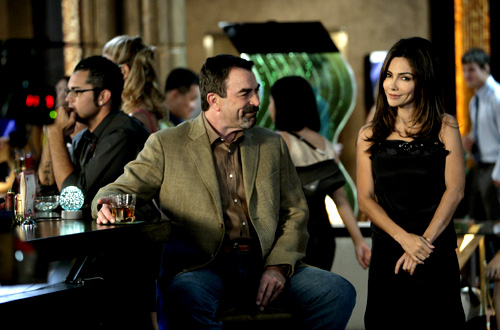 Running a casino is a hard business. You have to keep an eye on every aspect to ensure nobody is fleecing you. Everyone’s out to get rich quickly, and it is up to the administration to ensure that the house always wins. ‘Las Vegas’ is a fantastic comedy-drama that focuses on the day to day activities in a casino. Despite being well-loved, the show ended a while ago after NBC canceled it. The abrupt cliffhanger hasn’t deterred fans who have stuck by it over time. It might make you wonder where to stream ‘Las Vegas.’ We have got you covered and will tell you about the series.

What is Las Vegas About?

The premise focuses on a team working at the fictional Montecito Resort and Casino. They handle the everyday running of the enterprise, including valet parking, casino security, and restaurant management. Initially, we see an ex-CIA man take over the charge of the casino. He’s tough as nails and has a way about him. After he retires, a former Marine takes the job and embarks on adventures. Most of the action arises out of the workplace drama, and there is never a dull moment on the premises. ‘Las Vegas’ is designed to keep you hooked until the very end, making it an enjoyable watch.

Is Las Vegas on Netflix?

Netflix has a fantastic collection of films and shows, which sets it apart as a premier streaming platform. While ‘Las Vegas’ is not on Netflix, you can check out ‘The Office.’ It is an extremely humorous take on the everyday functioning of a small office, with several fascinating employees. Based on Ricky Gervais‘ show of the same name, the American version packs its punch.

Is Las Vegas on Hulu?

Hulu has a fantastic roster of films and shows and keeps making constant additions to stay ahead of the competition. ‘Las Vegas’ might not be on Hulu, but viewers will surely enjoy ‘Boston Legal.’ The series focuses on a high-profile law firm in, you guessed it, Boston. While we see the functioning of this office, individual characters like Alan Shore make an impact. Ultimately, the comedy-drama champions the friendship between Denny and Alan.

Is Las Vegas on Amazon Prime?

Amazon Prime is the closest competitor to Netflix when it comes to content. The films and shows on the platform are sourced globally, targeted at satiating a diverse customer base. Unfortunately, ‘Las Vegas’ is not on the platform, but you can check out ‘Suits.’ The drama unfolds in a high-powered New York law firm, where every client and opponent is a juggernaut. An exceptional but fraudulent lawyer partners up with a savvy closer to navigate the fascinating landscape.

Where Can I Stream Las Vegas?

Unfortunately, at this moment, there is no place where you can stream ‘Las Vegas.’ Digital copies of the show are not available either.

Can I Stream Las Vegas Online For Free?

Sorry freeloaders, but ‘Las Vegas’ is not available on any streaming site with a free trial period. You have to wait until it arrives on such a platform, but even then, it might be tough to binge-watch as the show has five seasons. Moreover, we urge you to pay for the art you consume.