Last Chance U Season 1 and 2 Cast Members: Where Are They Now?

Directors Greg Whiteley and Adam Ridley have done a brilliant job in showcasing the importance of sports, especially at a low level, in Netflix’s ‘Last Chance U.’ There’s no question that each and every one of the athletes who is featured and highlighted in the series is incredibly talented, but the insight that we get into the struggles that they face, and how the institutional injustices aggravates them, proves that to understand their nature and actions, we have to first understand their story.

The first two seasons explored the football program at East Mississippi Community College (EMCC) under head coach Buddy Stephens and featured several collegiate athletes that have had trouble in their lives and struggled with finding a safe structure. Curious to know where some of them are now? Here’s what we know!

Where Is Coach Buddy Stephens Now? 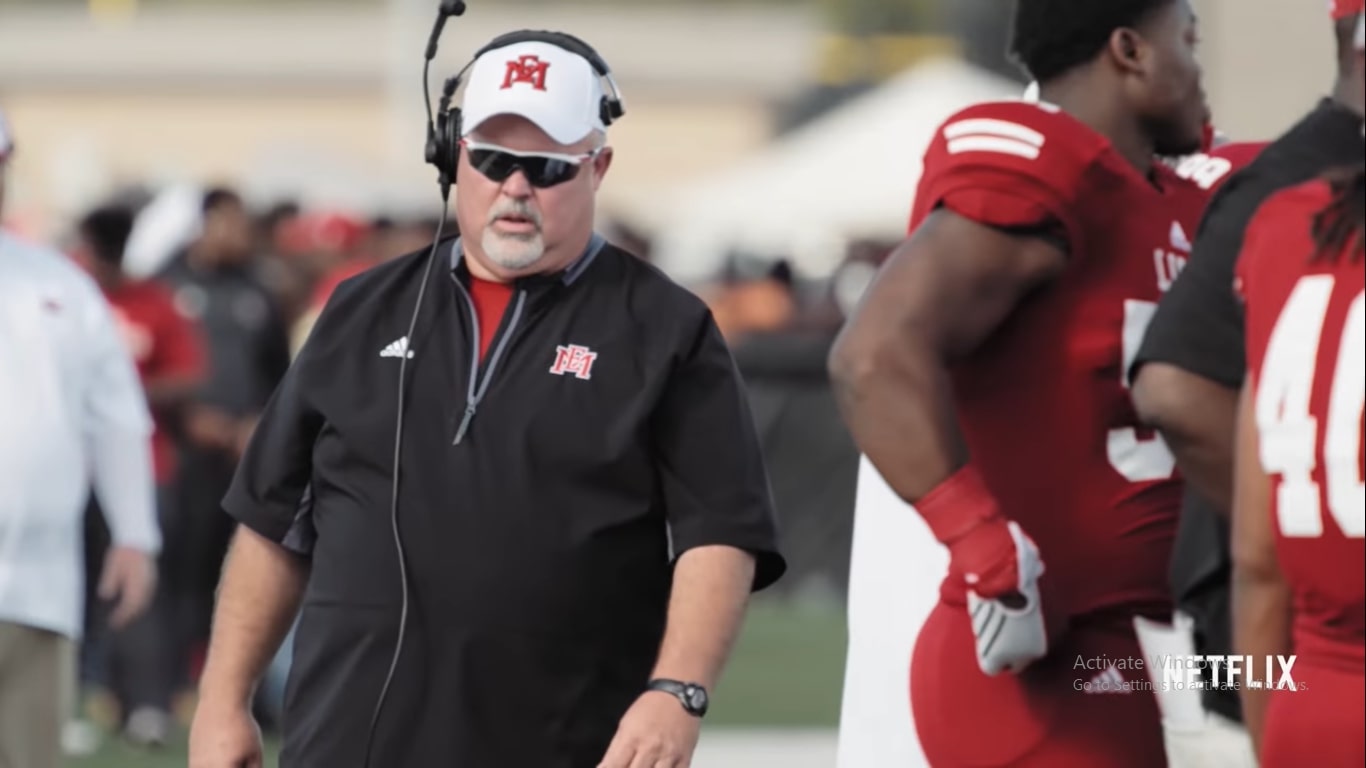 After watching himself go by kicking and screaming and cussing in season 1 of the series, Coach Buddy Stephens vowed to be a little more reserved-ish in Season 2. And, it looks like that has paid off. Still working as the head coach for EMCC, Coach Buddy led his team to win the 2017 and 2018 JUCO National Championships. For the 2019 season, though, the team lost in a 31-7 blowout in the MACJC Semifinals. Now, like every other coach, athlete, and sports enthusiast in the world, Coach Stephens is just waiting for the pandemic to get over so that he can get back to something that resembles normalcy.

Where is John Franklin III Now?

John Franklin III redshirted the 2013 season while playing for the Florida State Seminoles. The team won the 2014 BCS National Championship Game against the Auburn Tigers, but John struggled and saw limited action. Therefore, after the season was over, he transferred to East Mississippi Community College to have a shot at more gameplay. He was selected as a Quarterback in an unexpected starting role, but he thrived at the opportunity and landed a scholarship at Auburn University. He played there in his junior year as a quarterback but moved to be the wide receiver for the 2017 season. That year, he transferred to Florida Atlantic University. After going undrafted in the 2018 NFL Draft, John Franklin signed with the Chicago Bears as a defensive back. However, on November 13, 2019, he signed with the Tampa Bay Buccaneers practice squad. He was promoted to the active roster a month later, where he is listed as a Wide Receiver.

Where is Ronald Ollie Now?

It Ain’t Shit That I Ain’t Seen ‼️

Ronald Ollie, the defensive lineman from season one, was a fan favorite because of his fun-loving and hard-hitting nature. The last time the series checked up on him, he had accepted an offer from Nicholls State, where he finally added the discipline required of him to go along with his NFL-ready athleticism. In 2016, he recorded 41 tackles (6.5 for loss) and two sacks. He was granted his release, but, unable to find a place to compete on the Football Bowl Subdivision level, he returned to Nicholls for his final season of eligibility in 2018. He played in 12 games, accumulating 13.5 tackles for loss, 5.0 sacks, and two fumble recoveries. When Ronald tried for the NFL, he went undrafted. But, he was invited to the Oakland Raiders rookie mini-camp and signed with the team shortly thereafter. However, he was cut during the pre-season, as captured by HBO’s ‘Hard Knocks’ series. Ronald Ollie is currently with the Toronto Argonauts. He made this announcement in January 2020.

Where is Isaiah Wright Now?

Running Back Isaiah Wright from season 2 ended his JUCO career rather dramatically. He and his older brother, Camion Patrick, both of ‘Last Chance U’ fame, were arrested in September 2017 and charged with criminal homicide for the stabbing death of 18-year-old Caleb Thomas Radford in Alcoa, Tenn. Camion was arrested in Bloomington, Indiana, where he was a student after failing to continue his college football career due to several injuries. A judge dismissed the charges against Camion, and Isaiah later reached a plea deal to have his charges dropped. He spent 11 months incarcerated and then pled guilty to one count of facilitation of aggravated robbery, and received five years probation and time served. Currently, Isaiah is rostered in the Independent American Football League – a semi-pro league – as a running back for the Alcoa Alloys.

Where is Dakota Allen Now?

Married To The Game 🏈

Dakota Allen’s story is one that shows exactly why JUCO football is so important. The season two Linebacker was charged with second-degree burglary and expelled from Texas Tech (the charges were later dropped), but then, after he moved to EMCC, he proved his worth and had a monster season in 2016, recording a team-leading 117 tackles with two sacks with an interception, a forced fumble, a fumble recovery, and five pass breakups. He received offers, but ultimately, he opted to return to Texas Tech to finish his collegiate career. Dakota was drafted by the Los Angeles Rams in the seventh round (251st overall) of the 2019 NFL Draft. He signed a four-year $2,594,288 contract with a signing bonus of $74,288 on June 7, 2019, but it was waived during the final roster cuts on August 31. He got signed for the practice squad the following day. Currently, he is with the Jacksonville Jaguars, who signed him off of the Rams practice squad.

Where is Chauncey Rivers Now?

Chauncey Rivers, a Defensive End player, was supposed to start his college football career at Georgia, but he was kicked out of school in May 2016 after getting arrested for possession of marijuana for the third time in seven months. After a year at EMCC, where Chauncey played 12 games and totaled 25 solo tackles and 20 assists for a total of 45, along with 8 total sacks for a loss of 44 yards, he received a scholarship from Mississippi State University, a Division 1 college. Academic issues kept him sidelined in 2017, but in 2018, when he returned, he returned with a bang. As a Junior, Chauncey played in all 13 games and racked up 339 snaps. He made 24 tackles and missed just 1 tackle on the season. As an undrafted free agent following the 2020 NFL Drafts, Chauncey Rivers was signed by the Baltimore Ravens as a Defensive End.

Read More: Where Are Last Chance U Season 3 and 4 Cast Members Now?