When Does ‘Last Week Tonight With John Oliver S07’ Start? 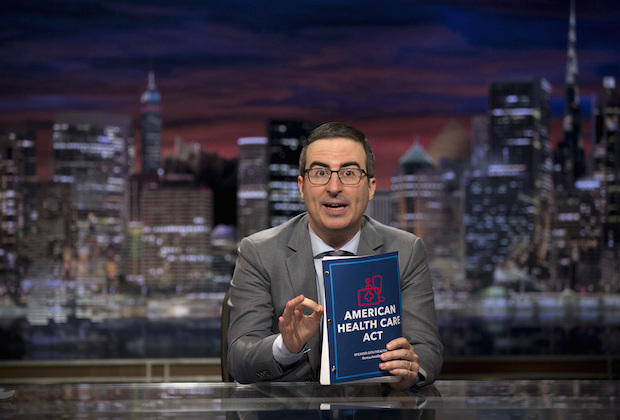 ‘Last Week Tonight with John Oliver’ is a late-night talk show that satirizes recent news, political scenes, and current happenings. It airs on HBO and follows the host as he takes full freedom to criticize corporate giants.

The series originally premiered on April 27, 2014, on HBO. Since then it has been renewed for multiple seasons. In September 2017, while the fourth season was still on-air, HBO announced that the show had been renewed for three additional seasons. The fifth and sixth seasons already premiered in February 2018 and February 2019 respectively. Here’s everything we know about ‘Last Week Tonight with John Oliver’ season 7.

Last Week Tonight with John Oliver Season 7 Release Date: When will it premiere?

‘Last Week Tonight with John Oliver’ season 7 will premiere on February 16, 2020, at 11 PM ET/PT. Its entire run will consist of 30 episodes and the season is expected to wrap up in November 2020.

Who is the host of Last Week Tonight?

As the name makes it apparent, ‘Last Week Tonight’ is hosted by comedian, writer, actor, and political commentator, John Oliver. He started his career as a stand-up comedian, and then came to the limelight after he appeared in ‘The Daily Show with Jon Stewart‘.

The winner of multiple Primetime Emmys then progressed to host ‘The Bugle’ and ‘John Oliver’s New York Stand-Up Show’ on Comedy Central. His acting credits include the portrayal of Ian Duncan in ‘Community’ and as a voiceover artist in ‘The Smurfs’ and ‘The Lion King’ remake.

What is Last Week Tonight with John Oliver about?

‘Last Week Tonight with John Oliver’ is an Emmy winning talk show that satirizes recent news, politics, and current events. Across the seasons, it has played a momentous role in redefining US culture, legislation, and policymaking. Oliver’s thorough dissection of current topics and his unapologetic approach has made this show a powerful agent of change.

Each episode explores one primary, current topic in-depth, pre-taped before a studio audience. The episodes are divided into shorter segments and one main segment. The smaller parts shed light on various pieces of recent news while the larger section covers the main topic, which is generally a trending political issue. Sometimes, an episode consists of only one segment that revolves around only a single concept.

Of course, Oliver’s deliveries are packed with humor, often accompanied by satirical analogies and allusions to pop culture and celebs. There are additional graphical representations to enhance the comic elements. Oliver also uses mascots, such as Jeff the Diseased Lung in a Cowboy Hat, Hoots the NSA Owl, Taryn the Tinder Chicken, and the Last Week Tonight puppets, in order to keep the show even more interesting.

Across the seasons, the show has covered many topics. Season 6 explores issues such as the aftermath of Brexit, automation and technological unemployment, public and online shaming, 2020 United States Census, American abandonment of Kurds in Syria, and the history of the People’s Republic of China and its one-child policy. These are just a few examples from the vast repertoire of subjects explored in the show.

Season 7 is noteworthy because it is expected to cover the Iowa caucuses, the New Hampshire primary, and the Nevada caucuses.

You can watch the official trailer for season 7 below: