Are Laura and Aladin From ’90 Day Fiance’ Still Together? 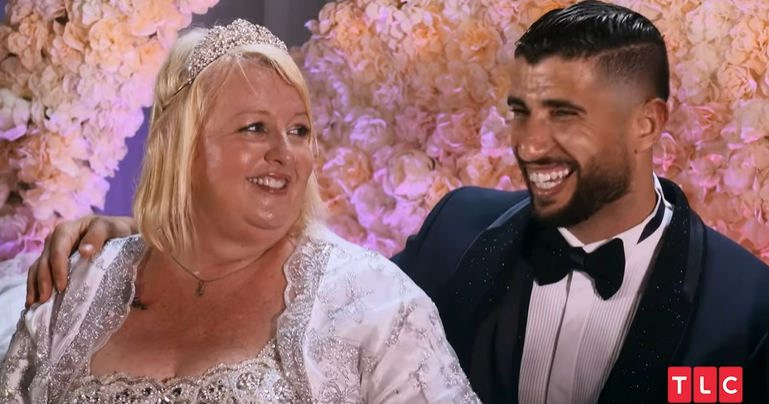 TLC’s reality-documentary series ‘90 Day Fiance’ is a popular dating show that features couples in long-distance relationships. One of the partners is a US citizen and the other is a foreigner. The series follows the couples adjusting to a new life with partners moving to the US on a K-1 visa. They have 90 days to get married or they’ll be deported back to their country.

The superhit TV show inspired a spin-off in 2019 called ‘90 Day Fiance: The Other Way’. This time around, the US citizens are required to move abroad to their fiance’s respective countries and settle down there with them. Season 1 saw many couples getting married. Laura and Aladin were one of them. But these days, they’re making headlines for all the wrong reasons!

Guess what is back starting Monday morning? Yah baby, 90 days the other way MARATHON! TLC wants to hear from you ! Tag @90dayfiance with your version of pillow talk about these couple and it might be shared on Mondays marathon ❤🧡💚 #tlc #90daysfiance #loveabroad #tlc_de #90daystheotherway #pillowtalk NB check out my story to see some interesting fun facts

A 51-year-old Laura (originally from Canada) was living in Florida when she came across the handsome 29-year-old, Aladin, whom she met online. Aladin (originally from Tunisia) was residing in Qatar and worked as a fitness trainer. They talked for eight months on Facebook and fell for each other. When Laura went to meet Aladin, they immediately knew they wanted to marry each other. Engaged within three days of meeting, and married after nine, this couple had been the quickest to tie the knot on this spin-off season.

It is interesting to note that they fought a lot and still rushed into a committed union. Neither of them had their family’s support and Laura’s son was especially against it. He even tried to forbid Aladin from having children with his mother. Eventually, he came around and attended the wedding, where he apologized for his rude behavior.

Are Laura and Aladin Still Together?

No. They are separated and getting a divorce. Funnily enough, they announced their separation only a few weeks after their marriage. The split was confirmed by the media after the season ended. Laura and Aladin have been all over the news due to their nasty breakup. Their separation has not only been dirty and messy, but both of them insulted and humiliated each other with every chance they got. Making social media their weapon, they exposed each other’s secrets and took no time to wash their dirty linen in public.

TGIF ladies ! You have to love this one … have a fantastic weekend and remember live your best life everyday and laugh ! #90dayfiancetheotherway #humoristhebestmedicine #sisterwives #heisyourstonight #pleasetakehim #morebiggy

There have been many speculations about their split and what caused it. There could have been a number of reasons. We already know that Laura had a hard time adjusting to the conservative lifestyle in Qatar. She didn’t understand the norms of society and the cultural differences took a toll on her. If the huge age gap of 22 years wasn’t enough, her jealousy towards the women following Aladin on social media could have been another factor. The show had also highlighted her trust issues and insecurities regarding the fact that Aladin was legally allowed to have four wives under the Sharia Law. The show also aired the footage wherein Aladin was offended by Laura wanting to use sex toys.

On the ’90 Day Fiance Reunion’, a heartbroken Laura shared, “I want to fight for my marriage. I love Aladin and I thought he truly loved me. I don’t know what’s happened to him.” She further added, “I have run out of money. And I have told him that I’m not going to be able to pay for the rent anymore. My pension has been cut.”

Shortly after, she admitted that she thinks Aladin only married her for financial stability. She had also told him that now she won’t be able to sponsor him and bring him to Canada. According to her, since then, Aladin had become distant. Laura also told the media that she had doubts about Aladin being gay and cheating on her.

Aladin’s side of the story tells that he was tired of the constant fighting and felt disrespected by her words and actions. He also attempted to clear his name of false accuses by telling everyone that they both had equal contributions in the payment of bills. He also shared that she catfished him by sending highly edited photos during their courtship. He confessed that he had true feelings for her and that’s why he let go of all her lies.

Aladin further revealed in interviews that Laura lied a lot. He told his followers that she faked a pregnancy, suffered from a drinking problem, didn’t have any money, lied to the show producers, and she was living in the US on a temporary status as didn’t even have a green card. Fans came out with love and support and cheered on for Aladin as they saw him in a more genuine light. Laura was shut out for being petty.

Aladin has recently started his own tour company, in addition to his fitness career. He slammed women who messaged him on Instagram, offering luxuries in return for favors. He posted a status, saying, ‘I am not for sale. I make my own money. Love can’t be bought.’ Although, there is a rumor that he might be dating another Canadian.

One of the biggest roadblocks to success is frustration with not finding instant results. Change is difficult. It’s easy to become stuck in old habits; if you’ve always found excuses to skip exercising, your brain will continue to find ways to avoid hitting the gym. But change is possible as long as you put in the hard work necessary. The difference between folks that succeed and folks that don’t isn’t opportunity or luck: it’s determination and willpower, which come from within. SUCCESS IS THE SUM OF SMALL EFFORTS, REPEATED DAY-IN AND DAY-OUT. #changeisdifficultbutnotimpossible #workoutmotivation #shoulderworkout #staypositive #homeworkout #gymshark #adidas #newbalance #reebok #nike #asics #underarmour #lululemon #oliversapparel #vuori #tenthousandgear #rhone #gymrat #workout #moveyourbody #lift #brandsilove #brandambassador #fitness #healtylife

Laura sold her house in Florida and now she is staying in Ecuador for a while. She plans on moving back to Canada after the pandemic ends. She recently put up a picture on Instagram, hinting at having a new man in her life, but she is probably talking about her pet dog. Reports do suggest that she has a new boyfriend.

Waking up with my new man..lol.. #frenchbulldog

If rumors are to be believed, Laura and Aladin might come on the new season of ’90 Day Fiance: What Now?’ The season might highlight their divorce proceedings.

Read More: Are Mike and Natalie From ’90 Day Fiance’ Still Together?