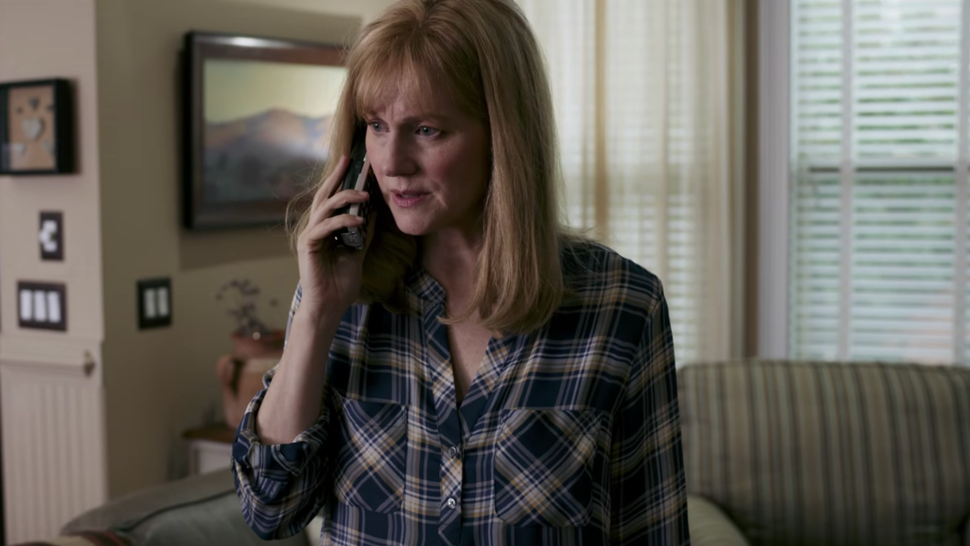 Laura Linney discovered her passion for acting during her university days. At Brown University, where she studied acting, she was an active member of the student theater group. During her final year at Brawn, Linney staged one of her playwright father Romulus Zachariah Linney’s plays, ‘Childe Byron.’ Actors Jim Barnhill and John Emigh were in the same university with Linney. She joined Juilliard School of acting after her graduation in 1986, where she was a member of Group 19 along with Jeanne Tripplehorn. Linney started her acting career during the early ’90s with small appearances in movies like ‘Lorenzo’s Oil’ (1992) and ‘Dave’ (1993). She got her first breakout role in the movie adaptation of ‘Tales of the City’ by Armistead Maupin in 1993. The PBS film series went on to become a success and Linney landed back-to-back roles in ‘Tales of the City’ series, ‘Tales of the City’ (1993), ‘More Tales of the City’ (1998) and ‘Further Tales of the City’ (2001).

Her next breakthrough was the 1996 movie ‘Primal Fear.’ Linney portrayed the character of Richard Gere’s girlfriend in the movie. Her stunning performance brought her critical praise and more roles in bigger films. After watching her in ‘Primal Fear,’ Clint Eastwood roped in Linney to play the role of his daughter in the movie ‘Absolute Power’ in 1997. The actress cemented her image as the rising star in Hollywood with the 1998 flick ‘The Truman Show,’ in which she played the character of Jim Carrey’s wife. In 2000, Linney received a nomination for the Academy Award for Best Actress for her performance in ‘You Can Count on Me’, directed by Kenneth Lonergan. The role also earned her widespread critical acclaim and positive reviews.

Linney reunited with Clint Eastwood for the 2003 movie ‘Mystic River.’ She played the lead role in the film alongside Sean Penn, Tim Robbins and Marcia Gay Harden. ‘Mystic River’ went on to become a commercial and critical success. Critics hailed the cast for delivering a stunning and measured portrayal of multilayered characters. Linney received a BAFTA Award nomination for her performance. She managed to switch effortlessly between various genres to play a lead role in the popular holiday film ‘Love Actually.’ In the 2004 film ‘Kinsey,’ Linney played the lead role opposite Liam Neeson. The pair garnered widespread critical acclaim. Linney got nominations for an Academy Award for Best Supporting Actress, Screen Actors Guild Award and Golden Globe Award for her performance.

The commercial and critical success of ‘Kinsey’ brought Linney bigger projects like ‘The Squid and the Whale,’ ‘Man of the Year,’ ‘The Nanny Diaries,’ ‘The Savages,’ ‘Hyde Park on Hudson,’ and ‘Mr. Holmes.’ In 2016, Linney reunited with Clint Eastwood for the Tom Hanks movie ‘Sully.’ Her other major works include ‘Wild Iris,’ ‘Frasier,’ the HBO miniseries ‘John Adams,’ the 2016 film ‘Genius’, and ‘Nocturnal Animals.’

Linney returned to television in 2010 with the Showtime series ‘The Big C.’ Apart from playing the lead role of a wife and mother who explores the emotional state of a cancer patient, she served as executive producer in the series. During her career, Linney earned several awards and nominations including two Golden Globes, four Primetime Emmys, three Academy Award nominations, and four Tony Award nominations. So now you might be wondering what is the next Laura Linney movie or TV show? Well, here’s the list of upcoming Laura Linney films and TV shows scheduled to release in 2019 and 2020. We can only hope that the latest Laura Linney movies would be as good as some of her recent ones.

Netflix’s upcoming miniseries ‘Tales of the City‘ is based on the book series by Armistead Maupin. The plot follows a career-obsessed woman Mary Ann Singleton (Laura Linney) who returns to her ex-husband Brian (Paul Gross) and daughter Shawna (Ellen Page) after a long gap of 20 years. But Mary stumbles upon an emotional block in her attempts to reconnect with her daughter. Moreover, she is haunted by the ups and downs of the mid-life crisis after an exhaustive career. ‘Tales of the City’ is a followup to the Showtime and PBS adaptation of Maupin’s novel. Laura Linney and Olympia Dukakis return as their respective roles as Mary and Anna in the original. Lauren Morelli, who is known for ‘Orange Is the New Black,’ wrote the script and serves as showrunner. ‘Tales of the City’ is available for streaming on Netflix from June 7, 2019. 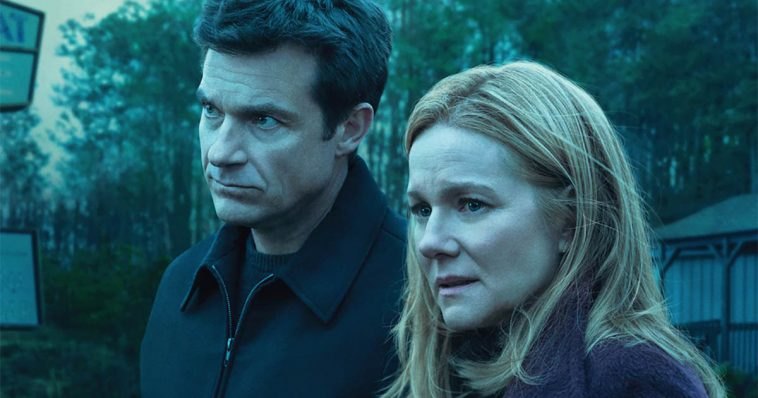 ‘Ozark‘ is Netflix’s hit crime-drama series starring Jason Bateman, Laura Linney and Sofia Hublitz in the lead roles. The plot revolves around Marty Byrde (Bateman), a financial adviser who comes to the Southeastern Kansas city of Ozark along with his family. The Byrdes decide to relocate after a money laundering plan with the Mexican drug cartel goes awry and Marty owes $500M to the cartel. He is supposed to launder and return the amount by operating from Ozark. But the family’s plans entangle with the criminal syndicates like the Langmores and Snells in the neighborhood.

Laura Linney plays the role of Wendy Byrde, wife of Marty and mother of Charlotte and Jonah. She is an ex-public relations expert who finds new roles – like a lobbyist in Ozark. Her instincts and resilience as the wife and mother of a doomed family played a crucial role in their survival in the first two seasons. Sofia Hublitz, Julia Garner, Jordana Spiro, and Jason Butler Harner also play major roles in the series. Created by Bill Dubuque and Mark Williams, ‘Ozark’ is scheduled to release in 2019. 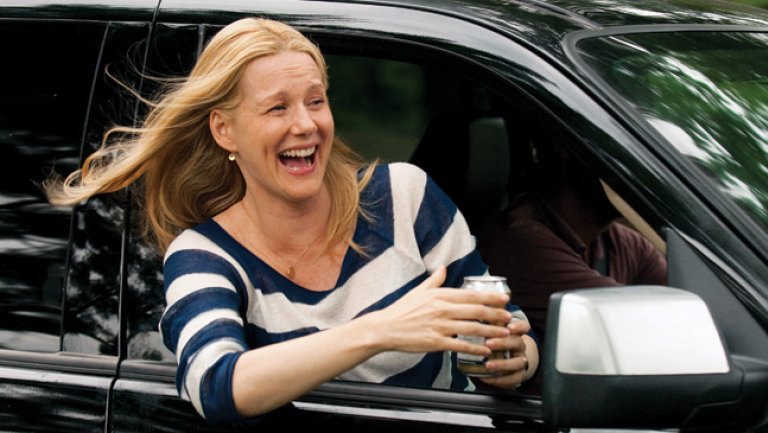 ‘Molly’ is an upcoming drama featuring an ensemble cast of Javier Bardem, Elle Fanning, Salma Hayek, Chris Rock, and Laura Linney. According to Deadline, the plot depicts the tensed 24 hours of a man’s life. Bardem plays the role of Leo who is on the verge of an emotional breakdown. The only thing that keeps him sane is the unconditional love for his daughter Molly. Elle Fanning plays the titular character of Molly in the movie. Salma Hayek portrays Leo’s childhood love interest and friend in Mexico, Dolores, who appears in one of the several hallucinations of Leo. Linney plays the role of Rita in the movie; other details regarding her character are under tight wraps. Written and directed by Sally Potter, the film is currently in post-production stage. 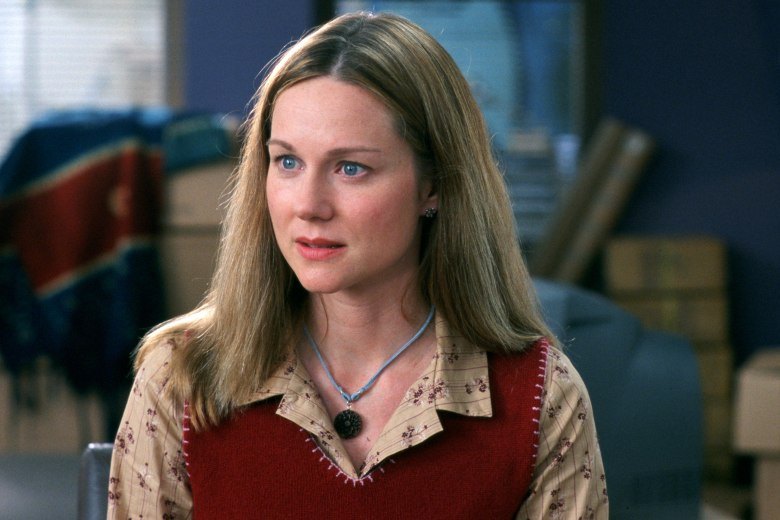 Laura Linney joins Hannah Gross and Terry Chen in the upcoming movie ‘Falling,’ which is touted as a family drama from debutante director Viggo  Mortensen. The plot centers on a son’s complex relationship with his ailing father. Mortensen plays the role of the son while Lance Henriksen portrays the father. Linney plays the role of the sister of Mortensen’s character. Mortensen lives with his male partner, played by Terry Chen, and their adopted son. The film also features Hannah Gross portraying the role of the mother of Mortensen who travels all the way to Los Angeles to stay with his family while battling memory loss. ‘Falling’ is currently in production in Toronto and Los Angeles. The movie is expected to hit theaters in 2020.