Where is Lauren Hendrick From Netflix’s Voices of Fire Now?

What exactly were Pharrell Williams, his uncle, Bishop Ezekiel Williams, and their team of experts looking for when residents of Virginia auditioned to be a part of a one of a kind gospel choir? Well, not only did they want someone who could sing their hearts out, but the individual also had to have spirit and conviction. One person who fit the bill was Lauren Hendrick, whom we met in ‘Voices of Fire,’ and in this article, we recount her journey.

At the time the auditions took place, Lauren was a 32-year-old receptionist from Chesapeake. Although incredibly artistic, she was a homebody as she suffered from severe social anxiety. She recounted how even though she went to community college and lived in a dorm with 3 other girls, she did not know what they look like because of her condition. This also led to a plethora of other issues such as depression. 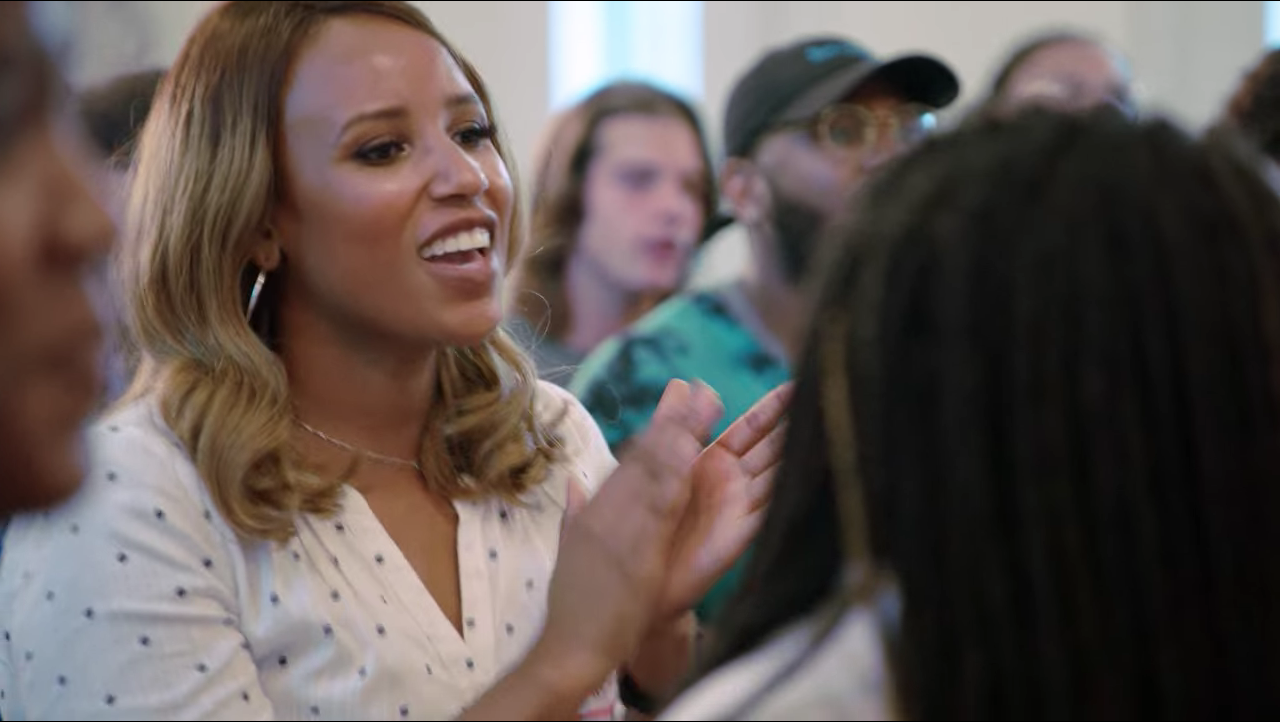 Calling it the lowest point in her life, Lauren joined her church, where she found solace and started healing. In front of the judges, she sang ‘Blessed Assurance,’ and managed to impress them by singing just 2 lines! She was also the first to be selected in the capacity of a soprano. Lauren sailed smoothly through the practices, and this is why she was clubbed with Elana and Danlie to perform a solo on the day of the concert.

On learning this, Lauren got emotional and stated that this was a new beginning for her. In fact, her parents and the rest of her loved ones were in attendance and really cheered her on! At the end of the docuseries, Lauren stated that joining the choir was the best and most empowering decision she had made in recent years.

Where is Lauren Hendrick Now?

As a part of Voices of Fire, Lauren toured the country and performed on platforms such as ‘Jimmy Kimmel Live!,’ ‘The Late Show With Stephen Colbert,’ and the Global Goal Live Concert. Plus, Pharrell announced that the choir would be getting their own album as well.

On Lauren’s Facebook profile are photos of her hanging out with her family. Furthermore, she commented that the pandemic was not easy, especially for an introvert like her, but that she was excited for the world to finally see the docuseries. It is clear that she shares a special bond with her choirmates and loves and cherishes them.