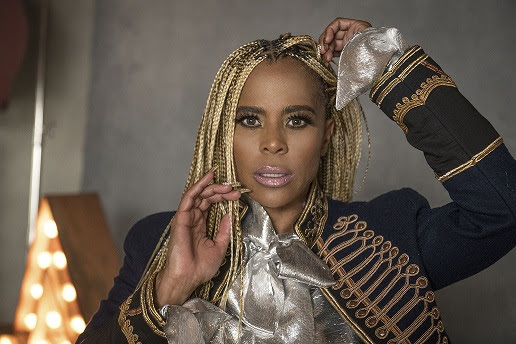 Laurieann Gibson: Beyond the Spotlight is an American reality TV show that first aired on 2nd March 2018. The series gives us an insight into famous Canadian choreographer Laurieann Gibson where her team at BoomKack Worldwide helps their celebrity clients. She creates amazing dance routines that have been brought before the world through videos of some of the world’s biggest celebrities. She has collaborated with popular stars like Britney Spears, Beyoncé, Lady Gaga, P. Diddy and many more.

This is a reality TV show that airs on Lifetime Network. The show also gives us an inside look at Gibson’s life where she gives a narrative to her clients like Fantasia Barrino, Sean “Puffy” Combs, French Montana, Tamar Braxton and many more. The series is executive produced by Brandon Panaligan, Michael Hirschorn, James Sunderland, Melissa Cooper and Jessica Antonini with Ish Entertainment for Lifetime network. She has also worked with some of the popular superstars like Katy Perry, Lady Gaga as well as Nicki Minaj. She has helped make huge careers for superstars, but now she has her own docuseries that has given her the limelight for a change. This unscripted series also features her life behind the scenes.

Laurieann Gibson: Beyond the Spotlight Season 2 Cast: Who is in it?

Laurieann Gibson is the main host and choreographer of this series. The other cast includes Meagan Nugent, Chris Eric Smith, Christopher E. Smith as well as Brandee Evans. There were numerous celebrity guests seen in the previous season of the series such as Katy Perry, Lady Gaga, Nicki Minaj and more. The guest list for the upcoming season has not been disclosed yet. Stay tuned for further updates.

Laurieann Gibson: Beyond the Spotlight Season 2 Plot: What is it about?

In Laurieann Gibson: Beyond the Spotlight season 1, Laurieann travels to New York to meet Sean “Puff Daddy” and thus, making a bad boy records reunion along the way. She is a creative director as well as a world famous choreographer. When she hits the road with Fantasia Barrino world tour, she has to control her budget. It becomes a tiresome task for Laurieann to turn three background singers into dancers. Later on, she gets invited by dinger Justine Skye to turn her into a pop star. But instead of hustling towards this goal, Justine is always busy on her social media.

On the other hand, Laurieann has to deal with her inner demons from the past while choreographing and directing for Tamar Braxton for his a new R&B music video. She also gets a chance to work on a new video for the popular R&B artist Omarion. She is seen stressing out while she recreates Uganda at the BET awards for French Montana and the Bad Boy star.

Laurieann Gibson: Beyond the Spotlight Season 2 Release Date: When will it premiere?

With season 2, we would follow Laurieann Gibson further behind the scenes and get a better look at her life as a successful choreographer. However, Lifetime has not renewed the show yet and the air date for Laurieann Gibson: Beyond the Spotlight season 2 is yet to be disclosed. Let’s hope it premieres soon in 2019. We will keep you posted with any new developments in the upcoming season of this series.

Laurieann Gibson: Beyond the Spotlight season 2 has not been announced. Watch the second episode from season 1 and get an idea about the series.