When Will Law & Order SVU Season 21 Return on NBC? 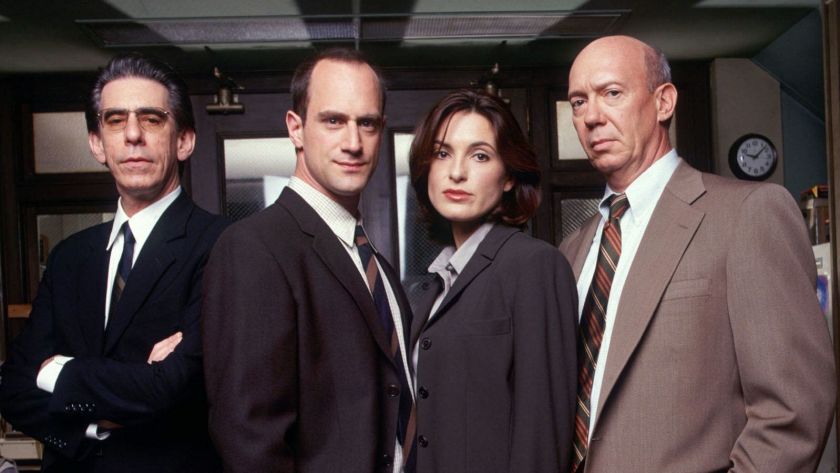 ‘Law & Order: Special Victims Unit’ or ‘Law & Order: SVU’ as it is commonly known is an American police procedural crime drama television series that airs on the NBC network. Created by Dick Wolf, the show follows detectives of the Special Victims Unit of the 16th Precinct of the New York City Police Department (NYPD) as they solve crimes of a violent and sexual nature.

The idea for the show came to Wolf’s mind after the infamous “Preppie Killer” case of 1986, in which one Robert Chambers pleaded guilty to manslaughter after 18-year-old Jennifer Levin was found strangled to death in a half-naked state. While Chambers, who had been dating Levin, had initially deflected questions about Levin’s death, he later claimed that he had accidentally strangled the 18-year-old while they were having consensual rough sex in New York City’s Central Park.

The case became a media circus, and deeply affected and inspired Wolf, who even went on to write an episode in the ‘Law & Order’ series called “Kiss the Girls and Make them Die”, based on the Preppie Killer case. Yet, only one episode did not satisfy Wolf’s desire to delve further into crimes of passion and into the minds of the criminals who are involved in such cases. Thus, ‘Law & Order: SVU’ was born.

As far as the future of the show goes, fans should know the 21st season of the show made it the longest-running US prime-time drama in history. The show has run for so long so successfully that there’s no reason for the makers to stop now.

Given the fact that ‘Law & Order: SVU’ has run for two decades, there have been numerous changes to its cast. Over the years, the show has seen several major cast members like Christopher Meloni, Richard Belzer, Dann Florek, and BD Wong drop out, among others.

However, one person who has remained a constant from Season 1 is Mariska Hargitay, who plays the role of Olivia Benson, a detective in the 16th Precinct SVU who eventually rises to the rank of lieutenant. Another person who has been a constant in the show since Season 2 is Ice-T in the role of Odafin “Fin” Tutuola, a detective in the SVU who later rises to the rank of sergeant.

Additionally, several other minor and supporting characters feature in the show and make recurring and episodic appearances as the case may be.

In Season 21 of ‘Law & Order: SVU’, Hargitay, Ice-T, Giddins, and Scanavino made a comeback and reprised their roles. However, sadly for fans, Winchester didn’t make a return in the historic Season 21 – when NBC announced the show’s renewal, Winchester simultaneously announced his departure. Taking to Twitter, the actor wrote, “Sadly for me, Peter Stone and his ‘the facts don’t care about you’re feelings’ attitude will not be returning. A huge tip of the hat to my amazing fans and not so big of fans. You ALL make me work harder. Thank you! See you on the next adventure.”

What is Law & Order: SVU About?

‘Law & Order: SVU’, as its name suggests, is a show that is particularly focused on heinous crimes of a sexual nature. Set in a fictionalized 16th Precinct of the NYPD, the show follows an elite team of detectives from the Special Victims Unit as they investigate and prosecute crimes a variety of crimes including rape, pedophilia, domestic violence, kidnappings, and murders. Apart from delving into crimes of a sexual nature, the show also sees the detectives investigating other non-sexual crimes such as those involving the abuse of children, the elderly, and the disabled.

Interestingly, the show borrows heavily from real-life crimes, and episodes often depict fictionalized accounts of crimes that have taken place in the real world. In terms of its themes, the show also explores contemporary social and political issues, such as those involving gender identities, sexuality, and equal rights for the marginalized. That being said, addressing issues is not the show’s focus, and is a secondary outcome of the investigations and prosecutions that place.

In terms of reception, ‘Law & Order: SVU’ enjoys a solid overall rating of 8/10 on IMDb, after over 67,000 votes. Considering that it is a show which has run for 20 years, its rating is brilliant to say the least. The show has also won numerous awards in its two decade run, including one Golden Globe Award, and six Primetime Emmy Awards.

Here’s the ‘Law & Order: SVU’ Season 21 trailer to get you excited.

When Will ‘Bless the Harts’ Return to Fox?