When Will Law and Order: SVU Season 21 Episode 11 Premiere? 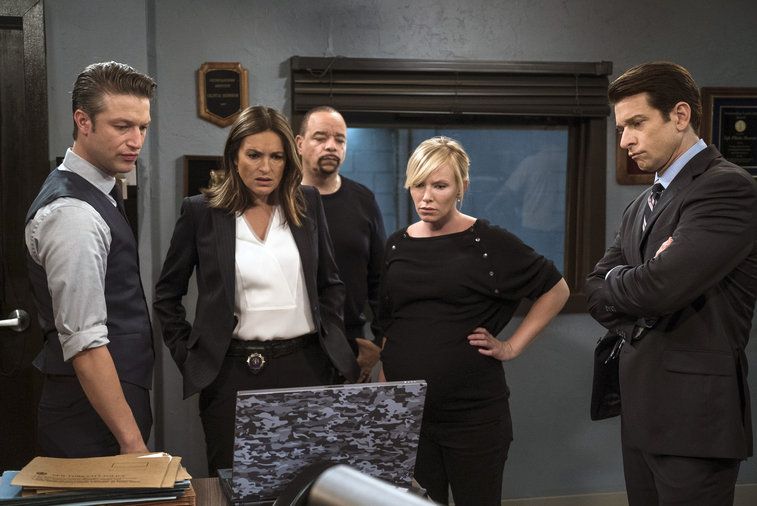 Law & Order: Special Victims Unit (SVU) is known for introducing cases that are a reflection of the modern-day headlines. The longest-running U.S. prime-time live-action series, showcases detectives having an exceptional sense of compassion for the victims, which in turn helps to maintain a sense of comfort in the fan base. The show returned for a historic 21st season on September 26, 2019.

Law & Order: Special Victims Unit went for a mid-season break on November 21, 2019, after airing nine episodes. The mid-season finale follows the Special Victims Unit trying to track down Steve Getz (inspired by the real-life Jeffrey Epstein scandal), after former detective Frank Bucci informs them that Steve is sexually abusing his (Frank’s) teen daughters, under the pretext of giving them modelling assignments. Katriona Tamin goes undercover and successfully takes Steve down. Things take a turn for the worse when Steve is let go by a corrupt judge. Frank decides to go rogue to pursue Steve, putting Amanda Rollins in grave danger.

Well, it is evident for fans to get all panicky and nervous after the epic showdown. The comeback after the break, i.e., Episode 10 aired on January 9, 2020, and fans could finally heave a sigh of relief. In case you want to know what happens after the power-packed ending, read on as we unveil to you the details of the upcoming episode – Law & Order: SVU season 21 episode 11.

The upcoming episode has been titled ‘She Paints for Vengeance.’

The episode follows a case that revolves around an athlete facing sexual assault allegations. After getting tired of being stalled by the judicial system, a woman uses a billboard to accuse the public figure of predatory behavior. This puts her under media and public scrutiny, with high chances of the narrative being flipped to favor the athlete.

You can catch Law & Order: SVU season 21 episode 11 on NBC at the above mentioned time. You can also watch the episode on NBC’s official website, as well as, the NBC app.

If you don’t have a cable subscription, you can stream the show on Hulu, Fubo TV, and Direct TV. Another way you can watch the show is on YouTubeTV, or by purchasing the episodes on Amazon Prime. A few seasons of the crime drama are also available on Netflix.

Law & Order: SVU season 21 episode 10 is titled ‘Must Be Held Accountable.’  The episode pulls a cop-in-danger troupe. After Steve Getz is let go, Frank decides to take matters in his own hands to serve justice and threatens Amanda Rollins by putting a gun to her head.

Carisi goes on a rampage, after learning of Rollins’ hostage situation and leaves no stone unturned as he tries to prove Steve’s guilt, and get Rollins out, safe and sound. He blackmails the judge to fast-track the case. YES. Amid all this, Carisi and Katriona have a shady altercation, with Kat telling Carisi: “Maybe I shouldn’t say this, but Rollins knows him. Is it possible she’s in on this? Lost perspective?” To which Carisi responds, “You’re right. You shouldn’t have said that.”

But Rollins is no damsel-in-distress, and she manages to arrest Frank after smart-talking herself out of the situation. A robust police investigation unravels Steve’s entire scandal, and Carisi blows off the steam, until Steve hangs himself.

Now that Steve is dead, what will Frank do once he gets out?